Going around the church allows the visitor to look in through the windows and see the chancel of St. Onuphrius. 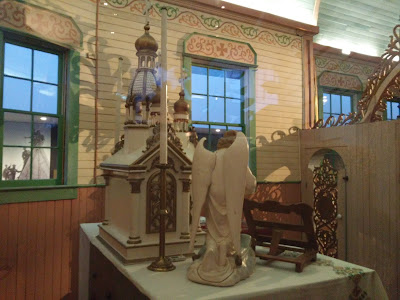 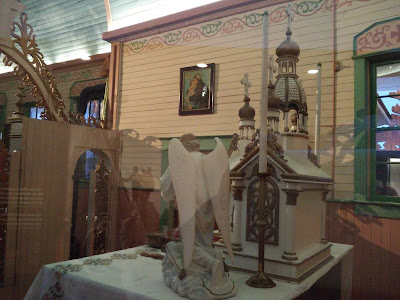 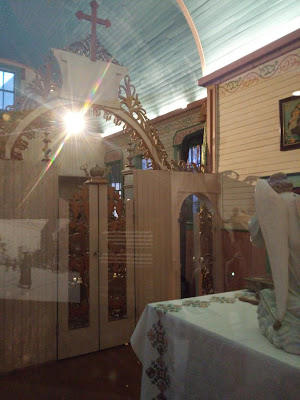 Quotations of life in the Canadian West are printed on the wall nearby. 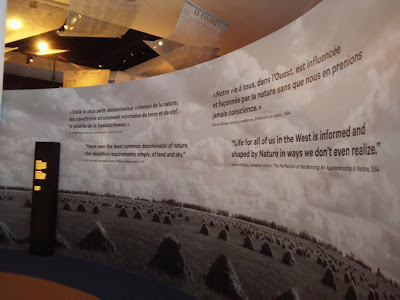 Two more views of the sanctuary. 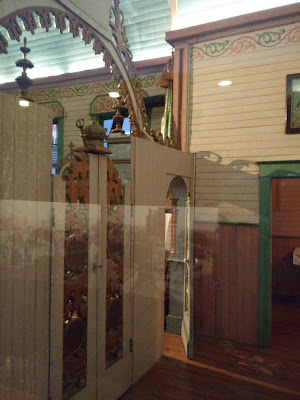 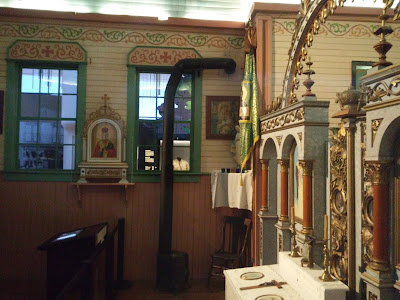 Life for women was changing as one century gave way to another. This elaborate dress is quite Victorian, an availability of the old Eaton company. 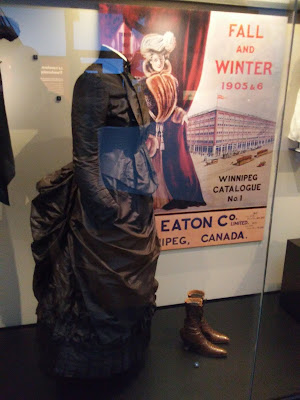 But it was also the era of women fighting for their rights. This is best expressed in the Famous Five, the petitioners in the Persons Case. These women activists brought forth a case in courts to get women to be able to serve in the Senate, and by extension entrench the right of women to be seen as persons in their own right.

A statue set of the five women was erected on Parliament Hill and is quite popular with visitors. With the work going on around Centre Block, the set has been removed and re-installed nearby, outside the former main train station, where the Senate is meeting for a few years while the work proceeds. 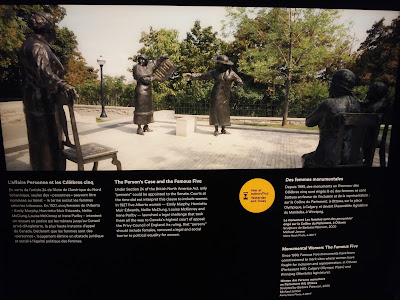 The second gallery area of the Canadian History Hall comes back out to the hub. The third gallery is up on the upper level, taking a long, winding ramp curving around this area. A physical relief map of Canada is laid out on the floor. 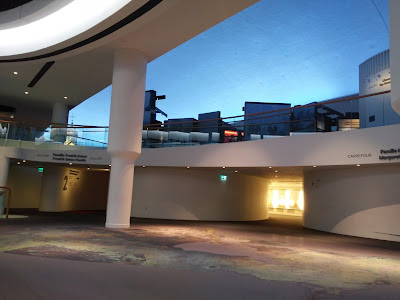 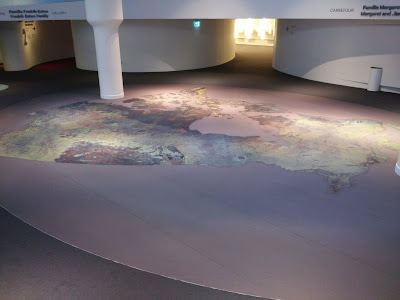 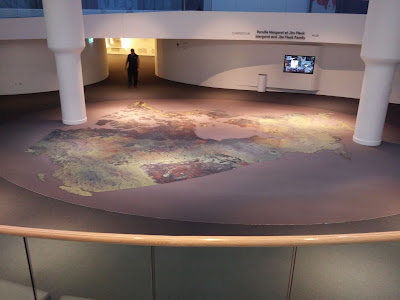