Odds And Ends In The Province

A reminder to those in the area: Winterlude starts this Friday and runs through to February 17th.

I have some odds and ends today. I'm starting with this spot in Little Italy. A rock cut allows for the passage of one of our commuter LRT lines, and in the winter ice tends to build up on the walls. I took this in December. 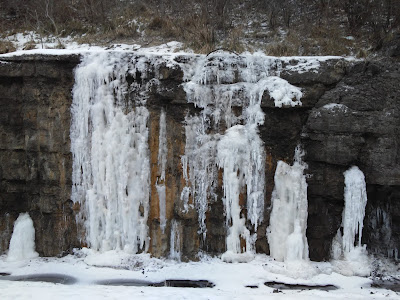 This shot from December is out in Westboro, where the utility boxes are adorned with images of nature or gardens, in this case tulips. 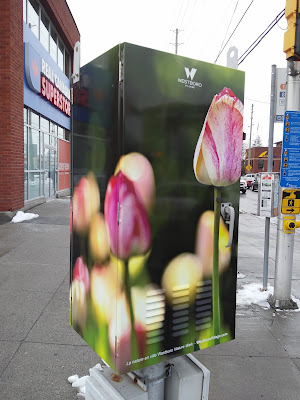 I passed by Central Park in the Glebe one evening between Christmas and New Year's, and noticed snowmen. 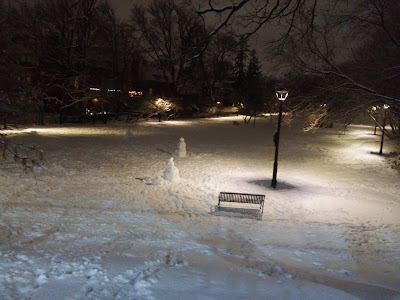 This is the first photo I took in 2020. I was in Major's Hill Park and noticed more snowmen. The American embassy is in the background. 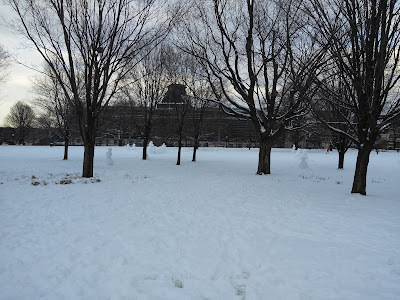 After New Year's I went away for a few days to southern Ontario. Coming back, I took this shot out a window on the GO commuter train heading for Toronto. This would have been somewhere west of Brampton, in Peel Region. 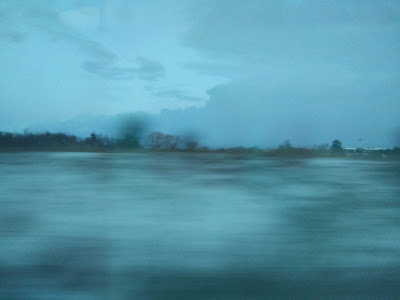 This is taken later in the day, somewhere in the Brockville area, where my VIA train had paused on a switchback to allow an oncoming train to pass. 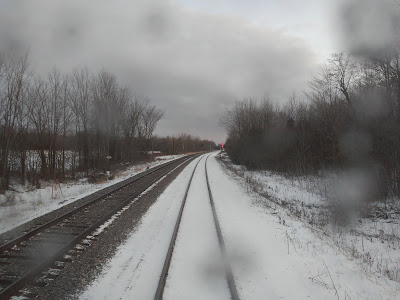 Back in Ottawa, here we have the front facade of St. Matthew's Anglican Church in the Glebe. 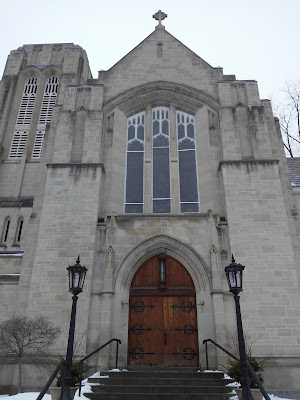 This was taken one evening in Confederation Park. The Aboriginal Veterans Monument honours First Nations veterans. 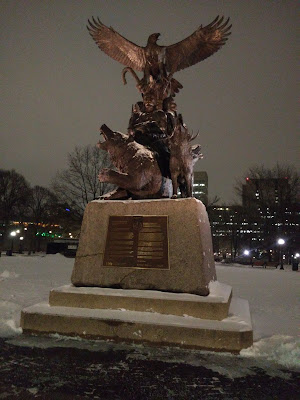 Here we have the Supreme Court of Canada, with its distinctive Art Deco design. 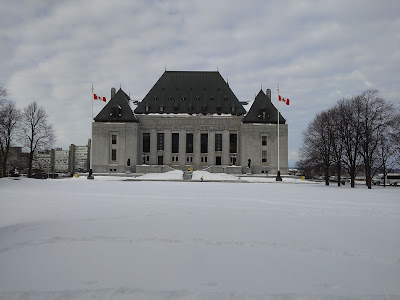 On the grounds of the Court is a statue of Prime Minister Louis St. Laurent, who succeeded Mackenzie King in the office. Had he not gone into politics (at King's request), this lawyer probably would have ended up on the Court, so his placement here is appropriate. 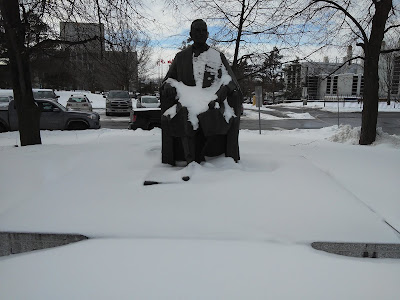 Out on Lebreton Flats, I paid a visit to the Canadian Firefighters Memorial, which stands near the Holocaust Monument. The names of firefighters who have given their lives in service across the country are inscribed on the wall. A large statue of a firefighter stands vigil over the area. 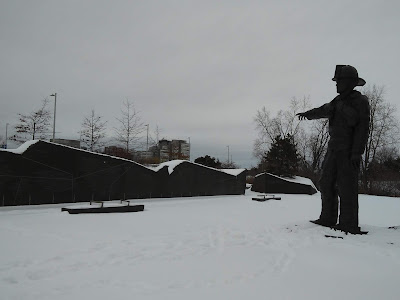 A worksite, nearby at the Garden of the Provinces and Territories, is currently dormant. Sometime later in the year, a new memorial is to open. The Memorial To The Victims Of Communism, also called Canada, A Land Of Refuge, was first thought of by the previous government, at another location and on a much larger scale. Our former prime minister, Stephen Harper (aka He Who Must Not Be Named, aka Darth Harper, aka Sauron The Deceiver) sought to build a giant monument near the Supreme Court as a great big screw you to the Court in general and to the memory of Pierre Trudeau in particular, as the grounds had been set aside for a future justice building to bear his name. Fortunately his ambitions were thwarted, a new government came into place, and a new version of the monument, better designed and better scaled, is to be built at this other location. 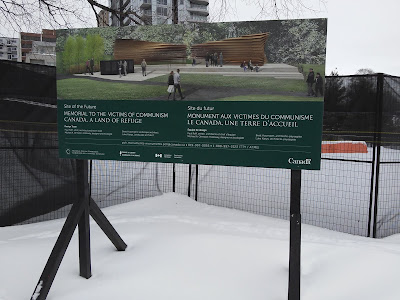 I finish with this view looking down a staircase. The Rideau station in the LRT line here in Ottawa happens to have a particular distinction. One of its escalators, beside the stairs here, is the longest transit escalator in the country, at 35 metres long. The station is the deepest one in the network, as the section of the line going through the downtown is all underground. The platform is 26.5 metres below street level. 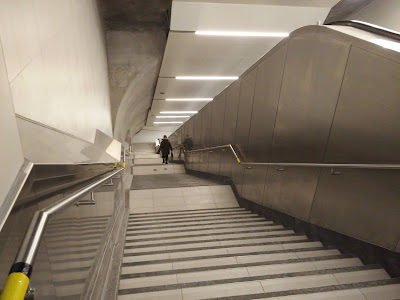