Starting off today, we have some various currencies from Africa, which includes money from St. Helena at lower right. The island is remote and off the African coast in the south Atlantic, and still a British possession. Napoleon died there in 1821 still in exile. 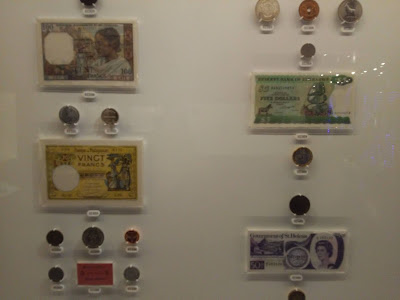 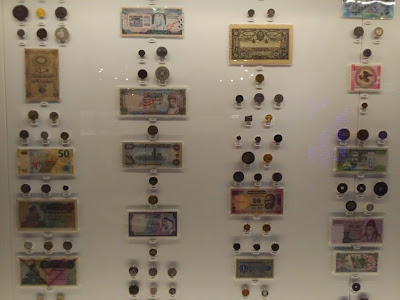 Australia, New Zealand, and the islands of the Pacific also are featured with currency ranging from older to newer. 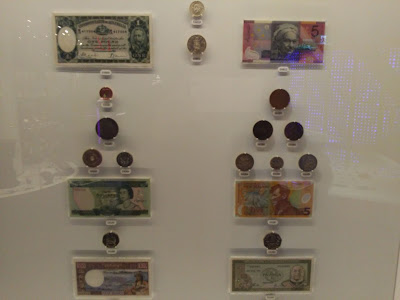 Edmund Hillary on the New Zealand five dollar note caught my eye, so I looked it up on the display screen too. 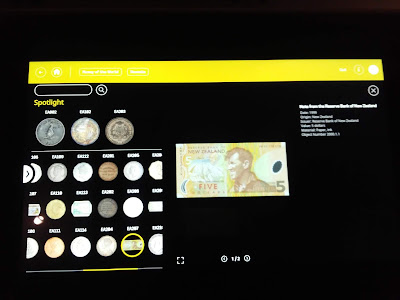 A commemorative Australian five dollar note is here. Henry Parkes, the Father of Federation as an Australian premier, is featured on this side, while the note can be seen in the display case, featuring politician and suffragist Catherine Helen Spence on the reverse side. 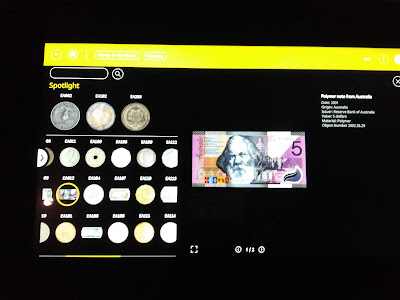 And then there are even older currencies. These coins are in a display case nearby. The Roman bronze one caught my eye, so I looked up additional information on the display screen. 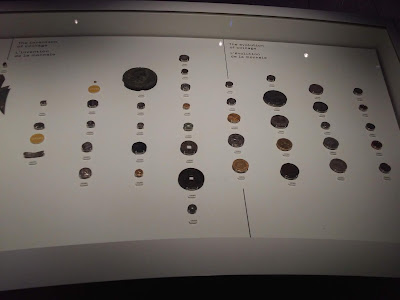 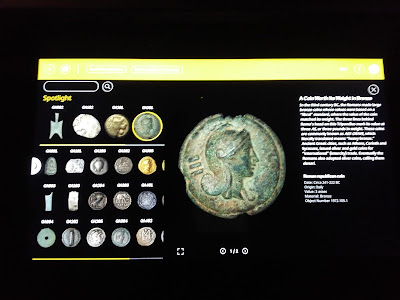 Older international notes are displayed close by. The details in the mid-19th century American note's profile caught my eye. It bears a portrait of Salmon P. Chase, Secretary of the Treasury, and dates to 1862. 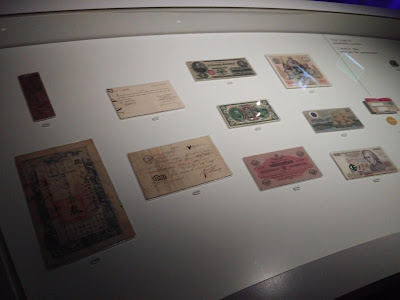 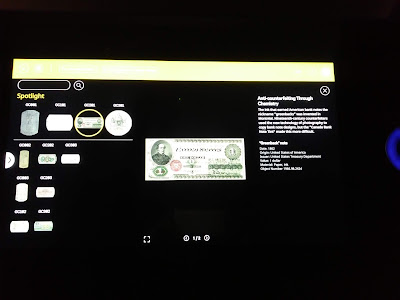 This device is geared a bit more towards kids- adjusting the levers to get the flow of money going from a central bank to a business in need of loans. 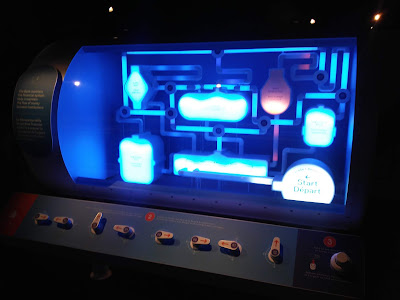 A timeline of the Canadian economy is presented along this wall- moving oddly right to left instead of left to right as the Western mind is more used to. It includes banknotes of early eras, issued by the banks themselves in the time before federal money printing. These were valid as long the bank itself didn't fail. Incidentally banks have a way of failing, in case you slept through 2008. I'll conclude this series tomorrow. 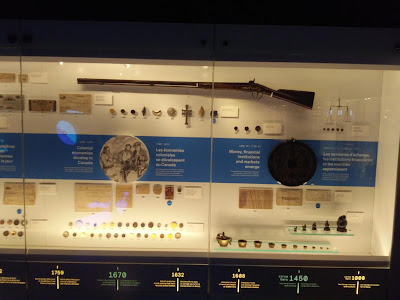 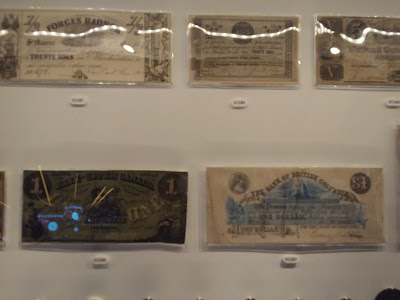