The Group Of Seven

The Group of Seven were a group of Canadian artists who exhibited together from 1920-33, painting the Canadian landscape and getting out into nature and finding inspiration in the great outdoors. The membership over those years included ten artists, as members came and went. Two other artists, Tom Thomson and Emily Carr, are often associated with them. Thomson died in 1917 by drowning in Algonquin Park, but had a huge influence on his friends before the group was formally founded. Carr first met members of the group in 1927 and drew her influences for much of her work from the indigenous peoples of the Pacific Northwest.

The National Gallery has a substantial collection of the Group. March Evening, Northland is a 1914 oil painting by J.E.H. MacDonald. 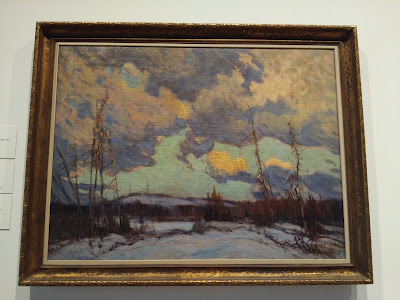 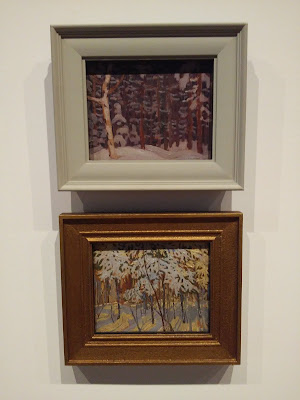 Lawren Harris was another member of the Group. This is his Winter Morning, a 1914 oil painting. 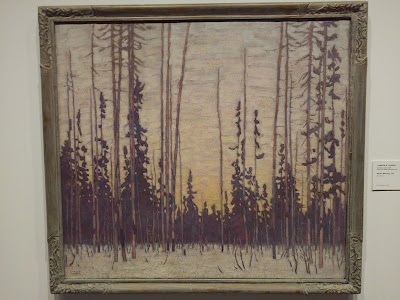 Some of the Group's paintings are placed in this large space, centred around a traditional Indigenous canoe, which is in and of itself a work of art. Their canvases are in the background. 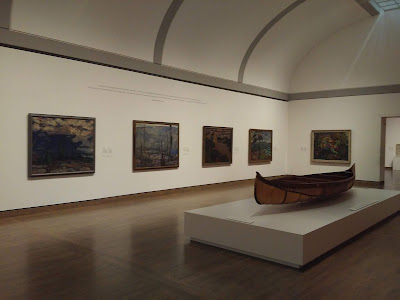 Here we have another Jackson. March Storm, Georgian Bay is a 1920 oil painting bequested to the Gallery by Doctor James McCallum, a friend and patron of the Group who often invited them to his cottage on the bay. 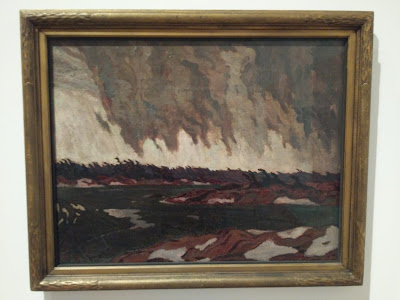 Here we have a view of the opposite wall. Most of the paintings in that collection are from artists not in the Group. 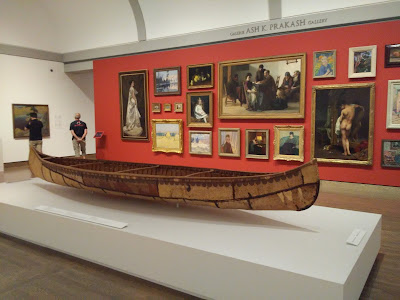 This one, for instance, is La Caterina, by James Kerr-Lawson. The oil painting was done at some point between 1887-89. 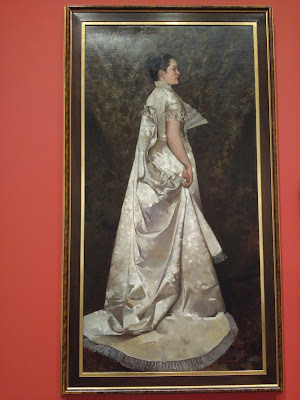 Another Thomson is this one. Moonlight was done by the artist over the winter of 1913-14. 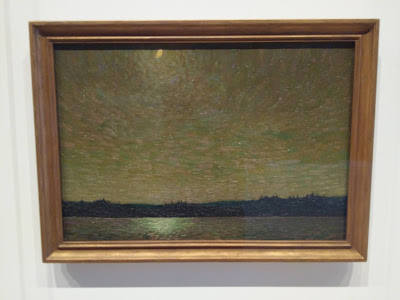 Another example of the mixing of Indigenous and traditional art is close by. This men's shirt was done early in the twentieth century by a Dene artist, incorporating hide, porcupine quills, beads, feathers, paint, and thread. 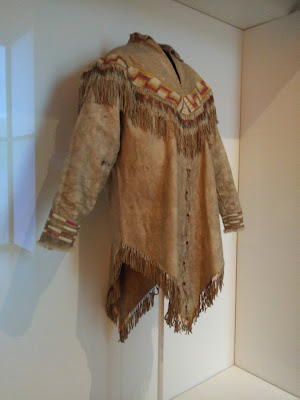 Gleams On The Hills is the title of this 1921 painting by MacDonald, depicting the Algoma region of northern Ontario in fall. 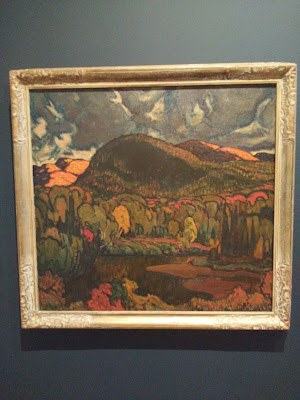 For today I leave off with a view of the neighbouring space. The three paintings on the wall facing us are works by the same artist, Harris. We'll have a closer look at them tomorrow. 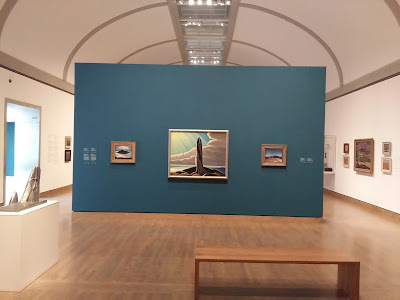