The end of World War Two, in Europe and the Pacific, brought the same sense of celebration among Canadians as it did in Allied nations across the world. Canadians had served throughout with distinction, and as had been the case with the First World War, the Second World War had a lasting effect on our sense of ourselves as a country. 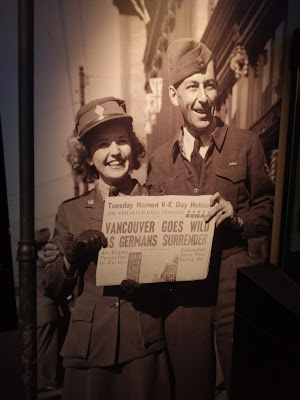 The years following the war saw an addition to the country. Newfoundland and Labrador had been a dominion under the British Commonwealth, separate from Canada, until 1949 when it joined the Confederation following a referendum. The province's first premier, Joey Smallwood, is thus considered the final Father of Confederation. 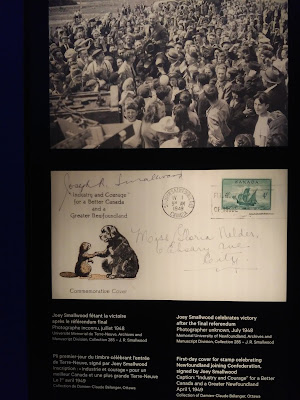 The debate over a distinctive national flag would occupy attention across the country. For years the Red Ensign was used, but the debate finally led to the flag we have today. 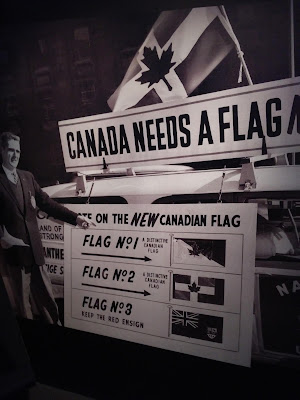 1967 was our centennial year as a country. 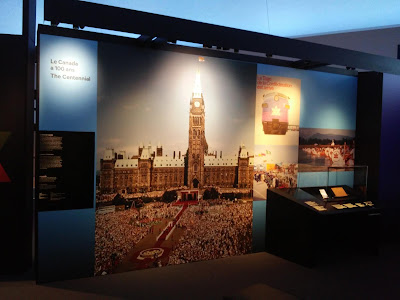 This area starts bringing things to the current day by going through thematic displays. The First Nations is a big part of that. 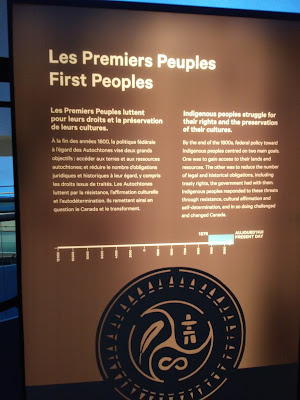 This is a fire bag, made by a Metis artist, with materials including wool, leather, sinew, silk, cotton, and glass beads. 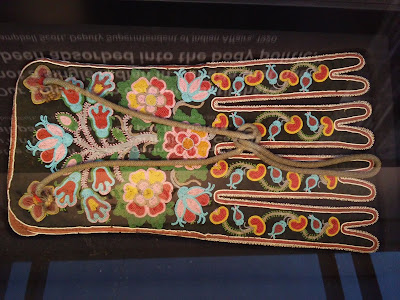 This headdress belongs to Phil Fontaine, formerly the National Chief of the Assembly of First Nations. 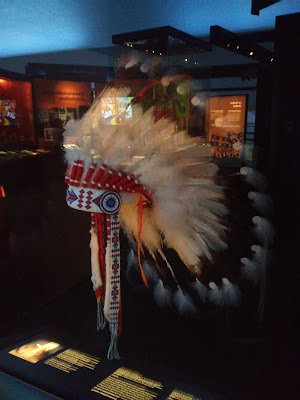 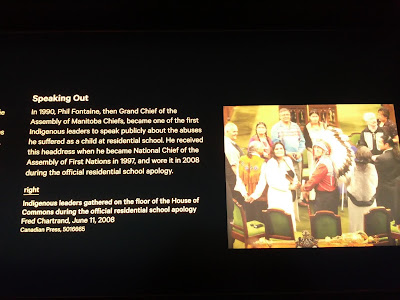 Art can be found here. 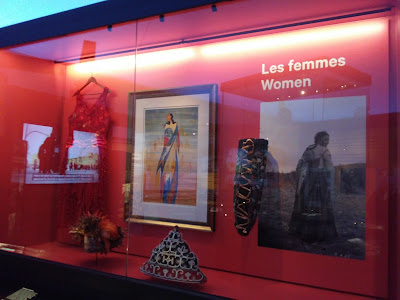 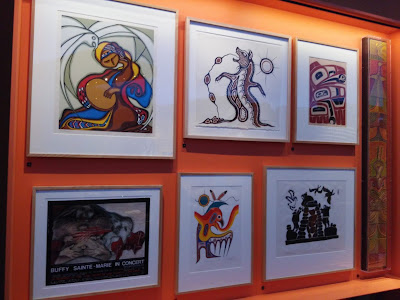 This headdress is of the Huron-Wendat people, made around 1911 by Caroline Gros-Louis. 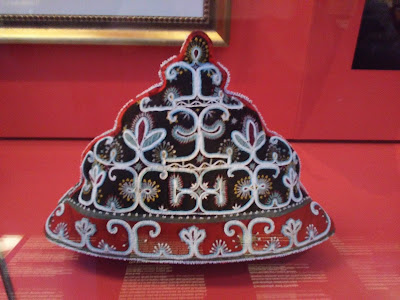 While this is more recent. REDress was a concept by Metis artist Jaime Black to bring attention to violence against First Nations women. This piece by Fiona Legg is titled 1181 Reasons, commemorating the 1,181 missing or murdered Indigenous women identified by the RCMP by 2012. The work dates to 2015. 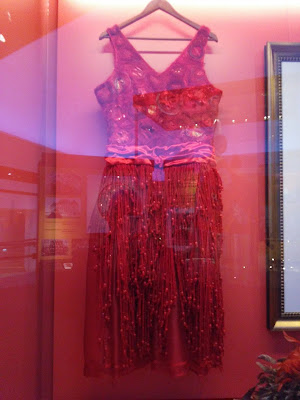