It was time for a new header for autumn. My choice was taken last year near the Alexandra Bridge, looking towards Parliament Hill.
Today I have some odds and ends. I was heading home one day in mid-August and saw this oncoming storm to the west. 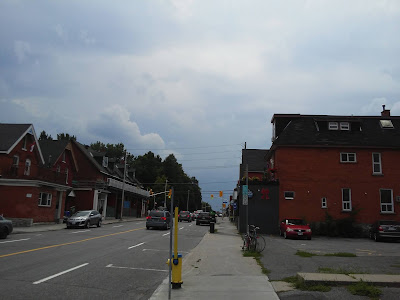 A few minutes later, close to home, I photographed this arch which stands at the entrance into the heart of the Chinatown neighbourhood. 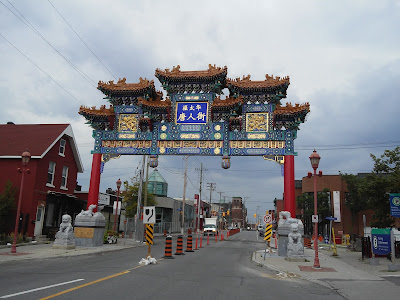 On another day I was sitting for a few minutes, checking my mobile, and this pigeon circled around and then hopped up onto the ledge where I was sitting, curious as to what I was doing (or more likely if I had anything edible on me). 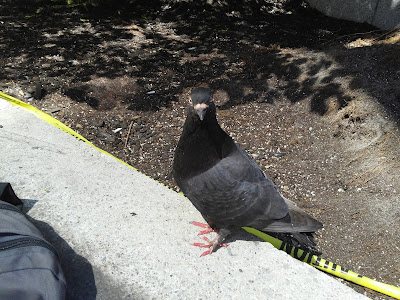 Late that same day, I was coming back from Lebreton Flats after photographing in the area. This groundhog was near the firefighters memorial. 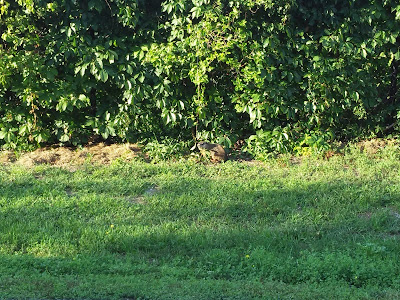 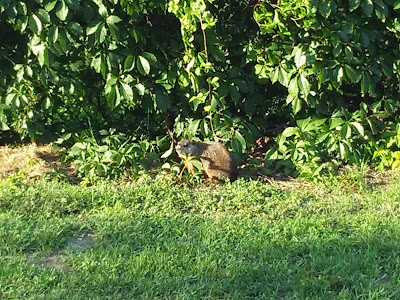 August was quite unsettled here. Late one afternoon I was passing through the Glebe neighbourhood and photographed these two shots a few streets apart, with looming storms in the west. 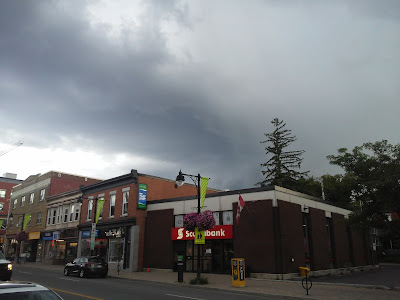 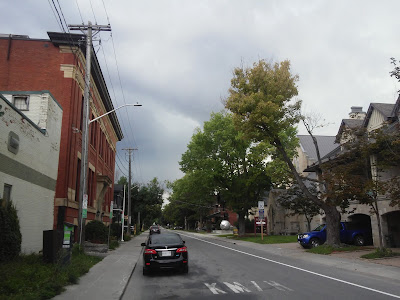 In early September I was out in Westboro and passed by All Saints. They have a labyrinth out front that I hadn't noticed before. 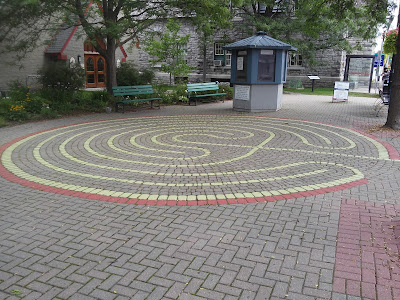 A few days later I stopped on Plaza Bridge to photograph the Ottawa Locks, where the Rideau Canal descends to meet the Ottawa River, between Parliament Hill and the Chateau Laurier. It was one of those brooding, cool days with low hanging clouds- low enough that the highest of the Gatineau Hills off in the distance were hidden. 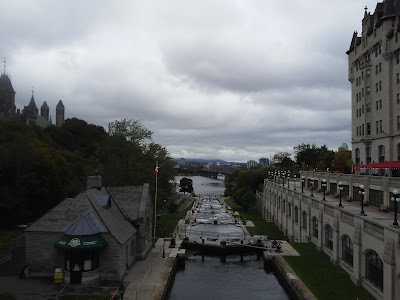 And to close things out, I went over to Gatineau to visit the Museum of History a couple of weeks ago, and passed by this groundhog happily munching away in a park near the Portage Bridge. 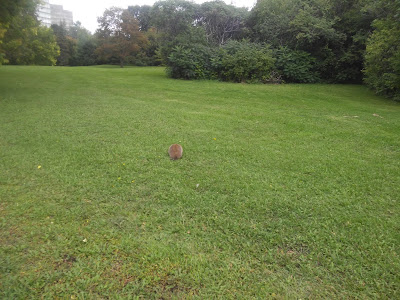 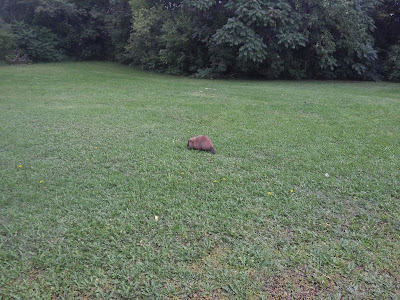