A Small Town Within A Big City

I will be posting pics for Winterlude in a bit, but briefly stopping back in Southern Ontario for three days while I get photos organized. Mississauga is just west of Toronto. It was amalgamated decades ago from several small towns, and today has become a large city.

One of the towns that made up the whole is Streetsville, which today still retains some of that small town sensibility, at least along the main road through. I was down in the area with family for New Year's Eve at an aunt and uncle's home, and thought I'd take some shots in the late afternoon while I still had the light in my favour. These are my final shots from 2013. The first church is St. Andrew's Presbyterian. 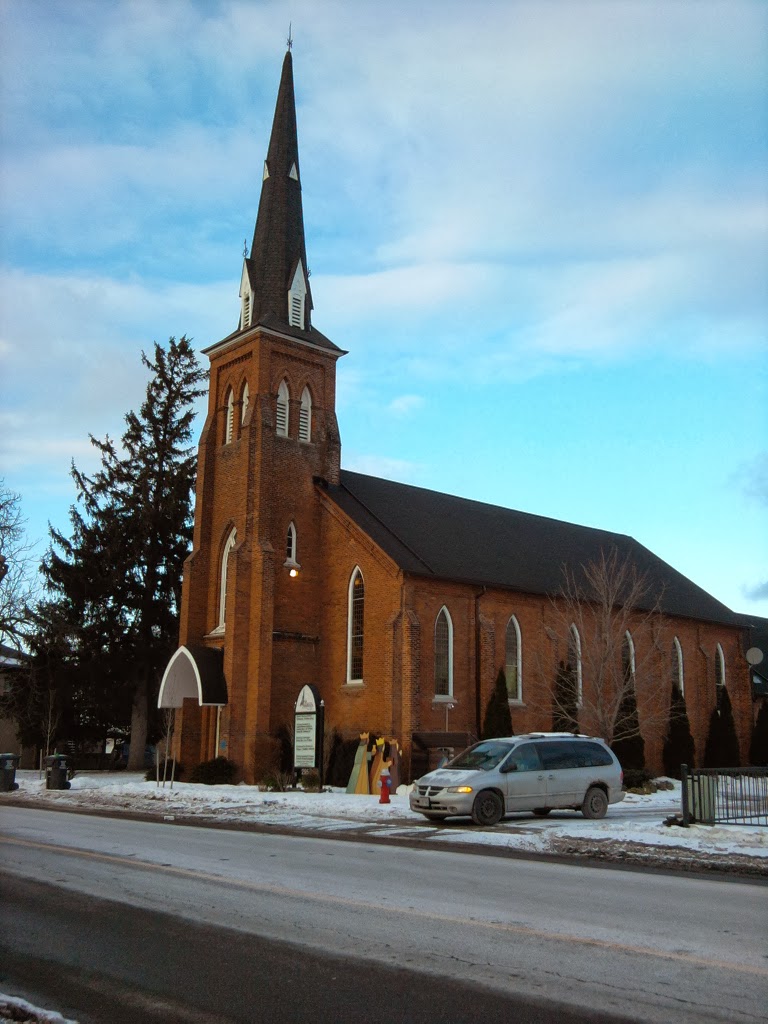 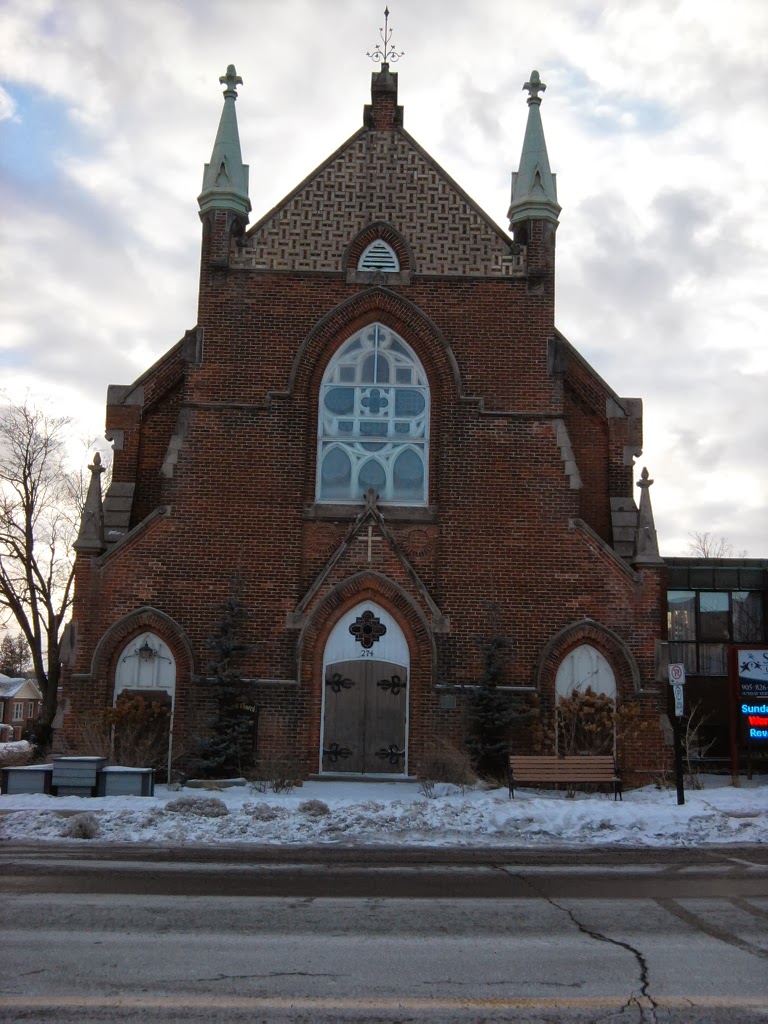 The war memorial in the heart of Streetsville dates back to the First World War. 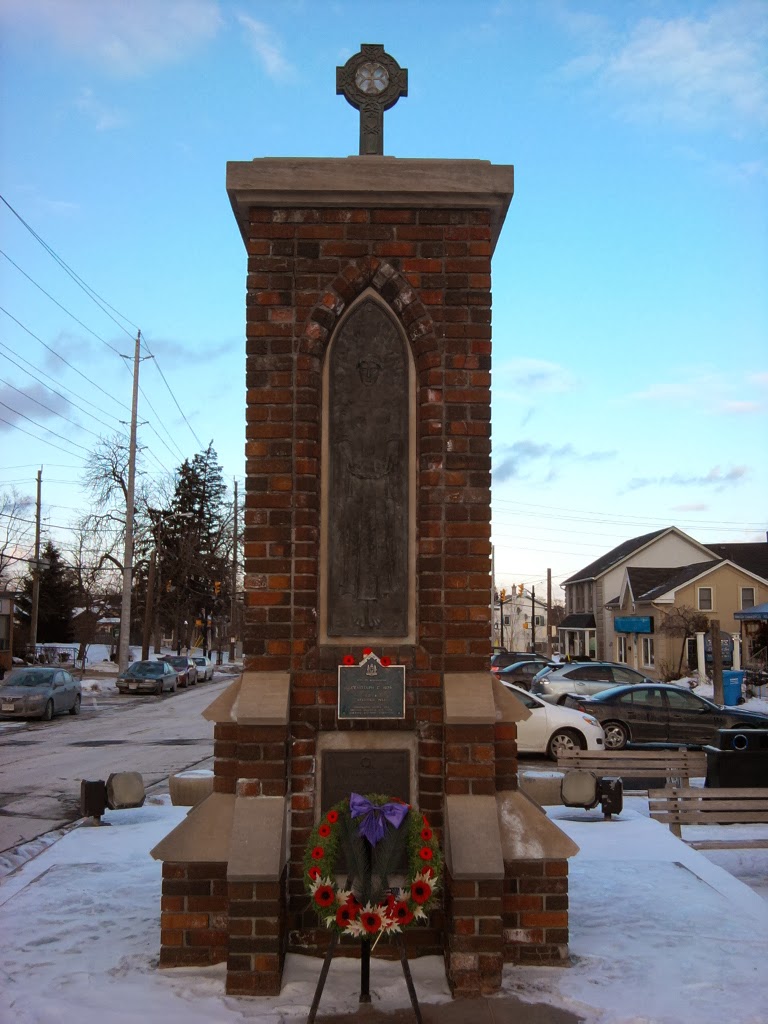 This plaque is one of several on the memorial. 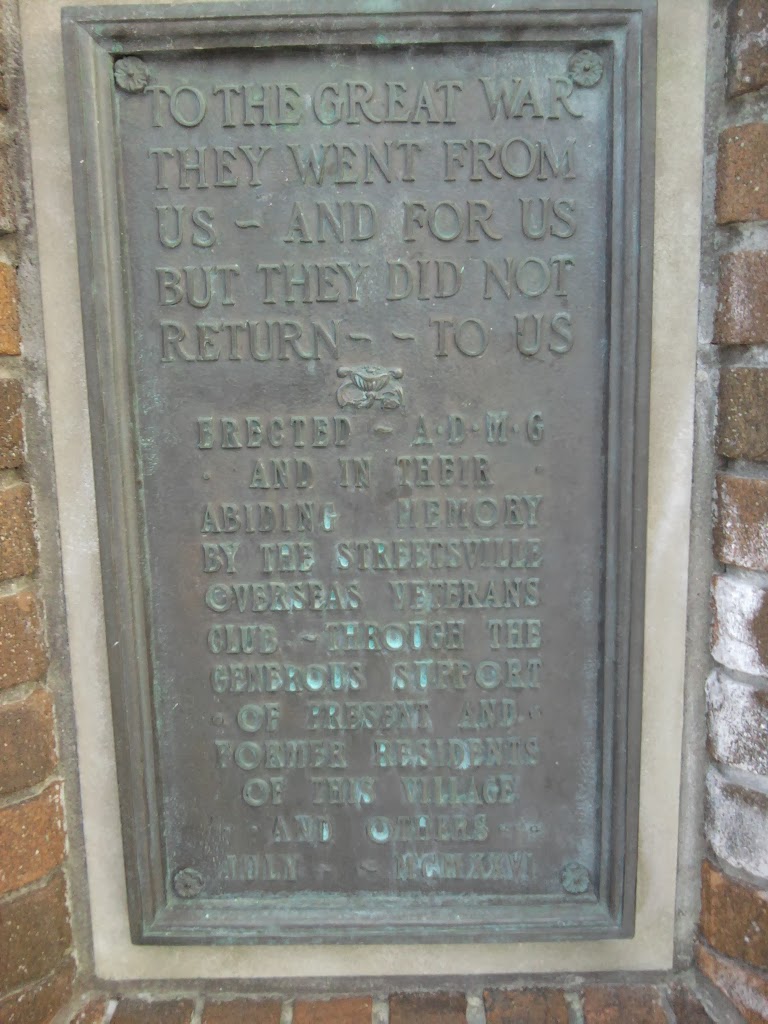 Finally, here we have Trinity Anglican Church. It's a relatively new building, but the congregation goes back in Streetsville for a long while. This is actually the second recent rebuild- several years ago when the church had been nearly finished in a reconstruction, the new building was burned down in a case of arson. This second rebuilt church is what rose from the ashes. 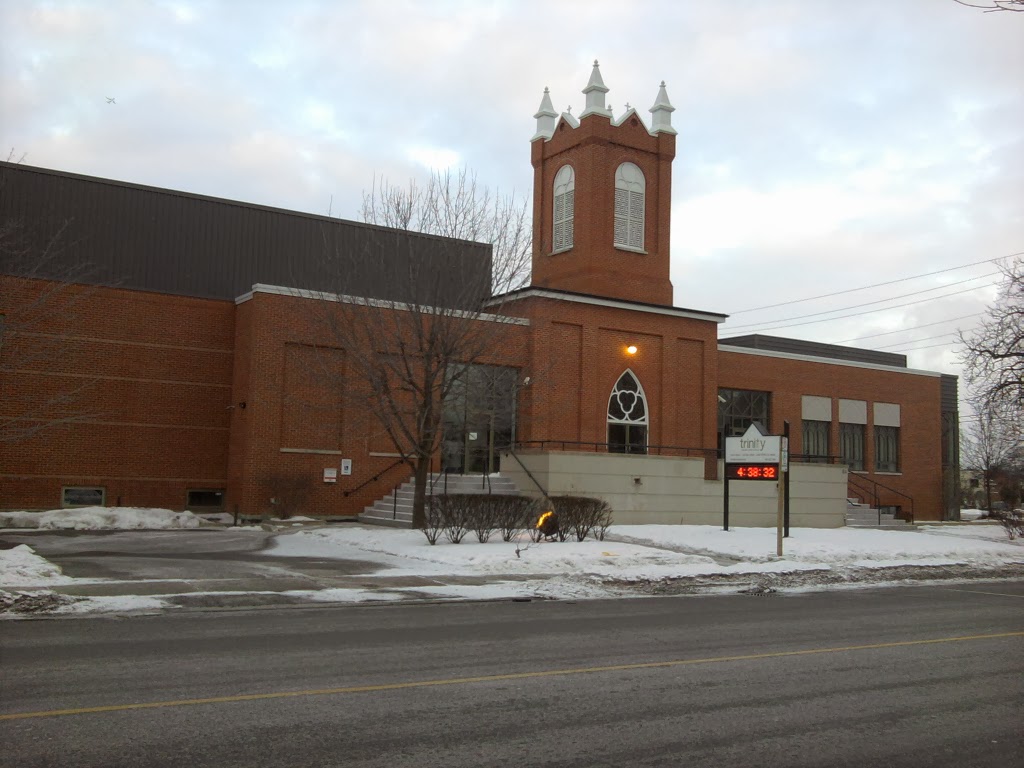