The first of each month is a theme day for photobloggers from around the world taking part in City Daily Photo. For the first of September, the theme is Rust And Ruin. You can find other examples of the theme at this link.

In the middle of August I showed you a take from the front of Somerset House here in Ottawa. Today I have the other shots I took of the place, knowing it would be ideal for the theme. It is something of a ruin, and I'm sure there's rust in there. 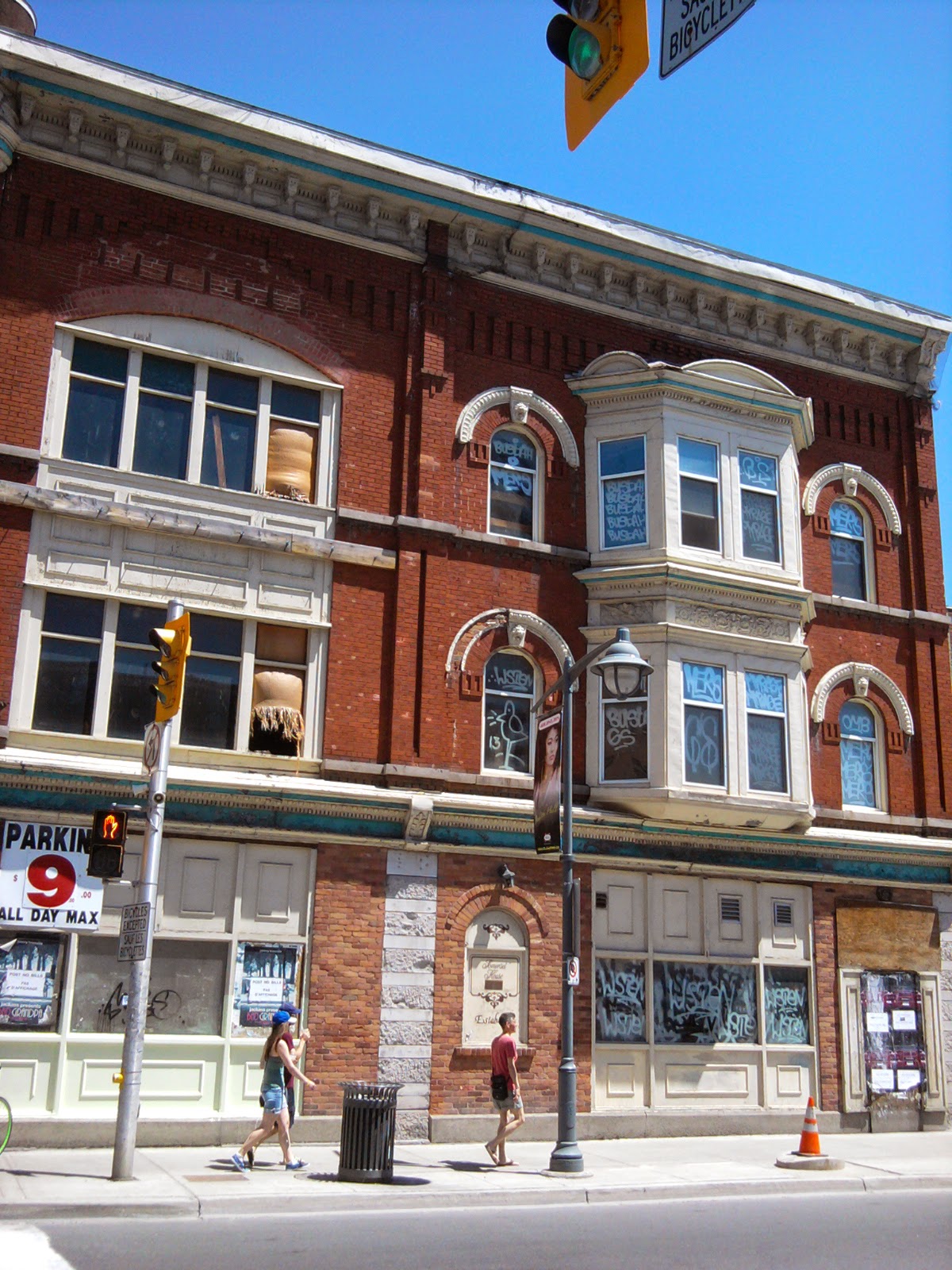 Several years ago there was work going on in the interior for restorations. A machine not unlike a bulldozer was being used, and a slight boo-boo ensued. The slight boo-boo being the machine hitting a support beam, causing a partial collapse inside the old hotel. The worker was saved by being inside the machine, though by contrast, had he not been using the machine, nothing would have happened in the first place. 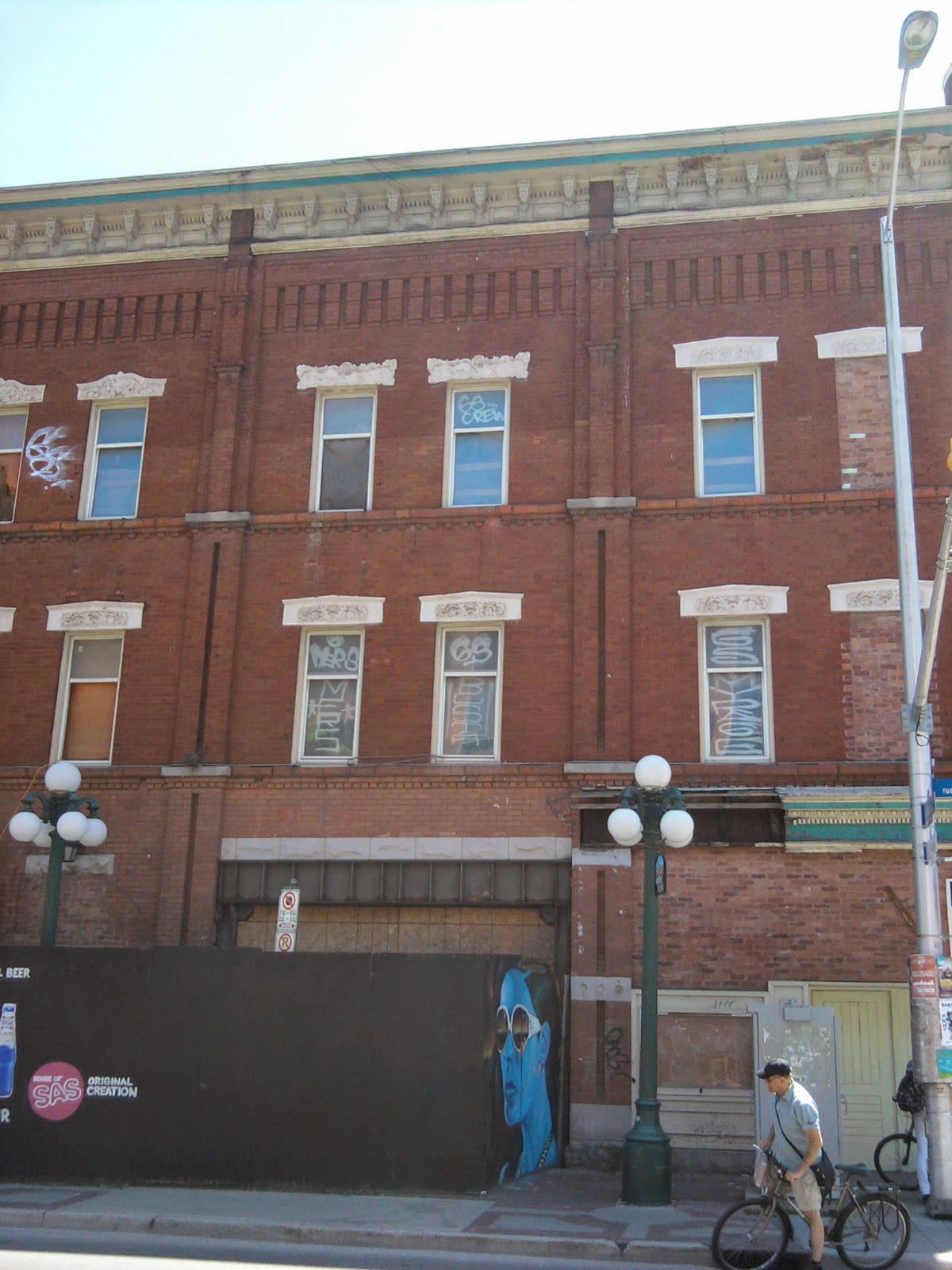 For weeks on end afterwards, the intersection of Bank and Somerset, one of the busiest in the city, was shut down to traffic while the damage was assessed. The city and the developer got into disputes. Part of the back of the building was demolished, then reinforced with scaffolding. The disputes brought in the lawyers. And years went by. 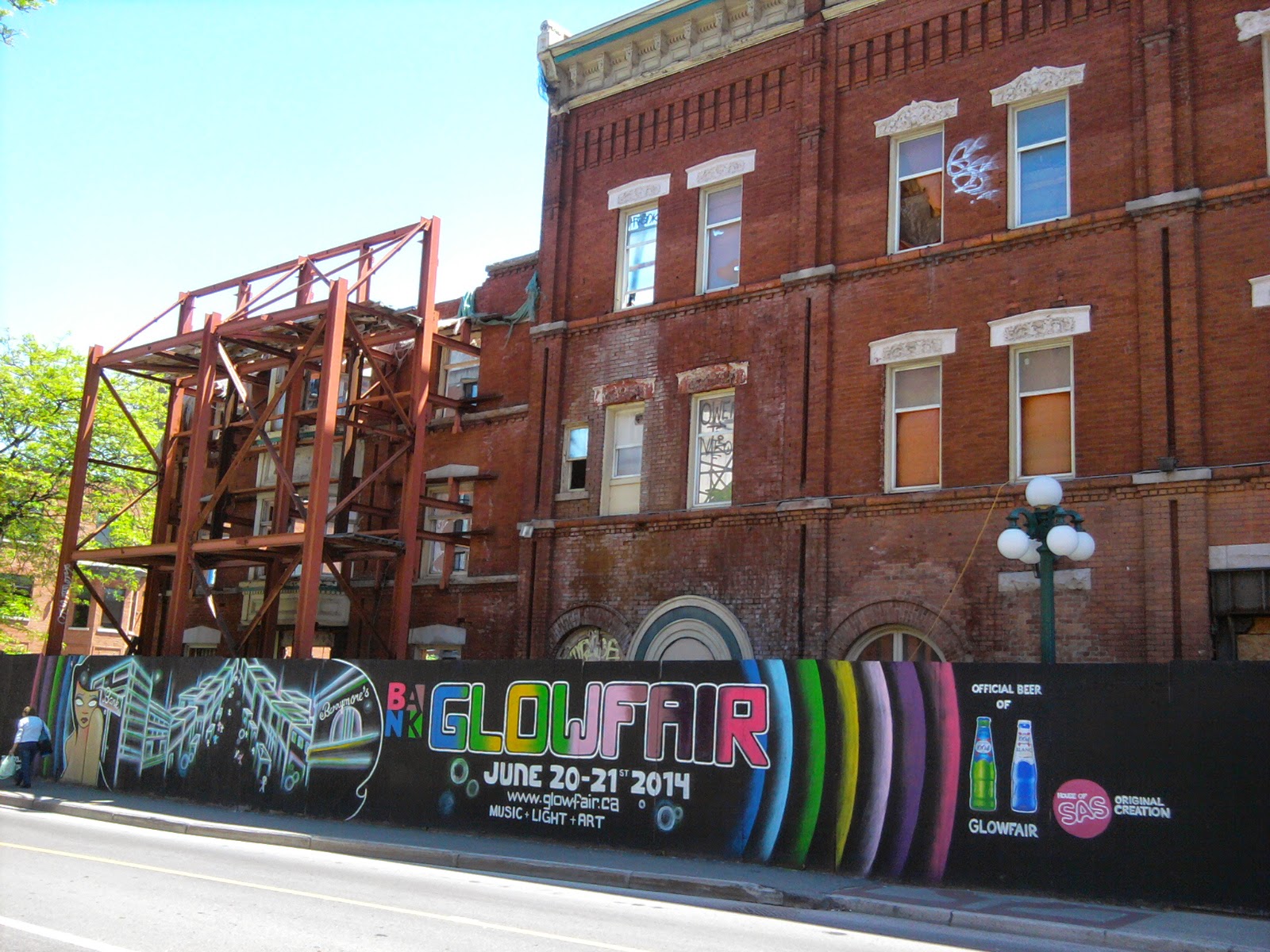 This view from the back shows some of the real damage of the partial demolition. The interior has been walled off, but that hasn't stopped graffiti taggers. In fact, looking at some of the remaining windows, you can see graffiti tags, so someone's been inside. 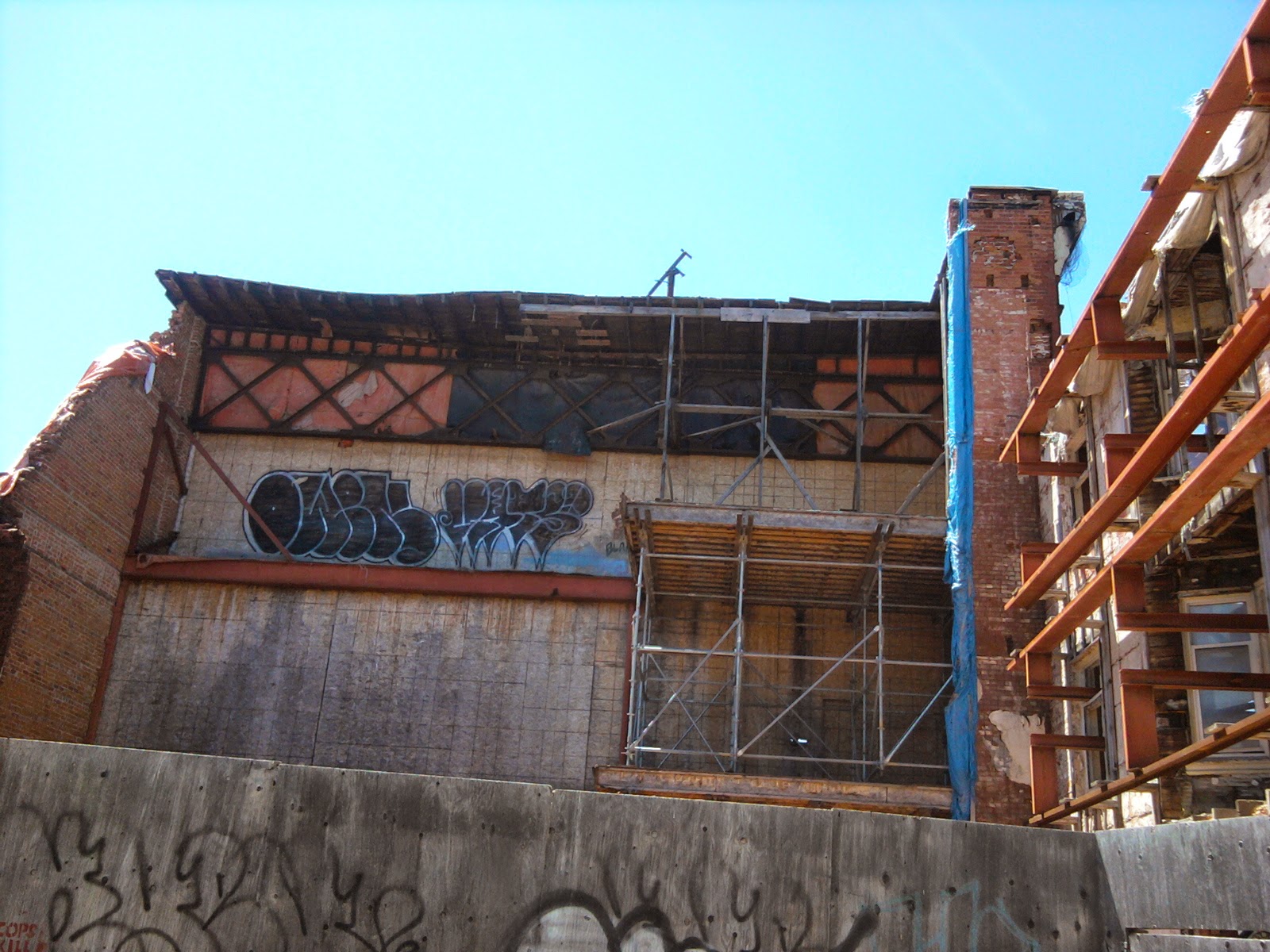 Supposedly there's been a settlement between the city and the developer to get things back up and running and get the restorations back underway. Just a few days ago though, the mayor expressed frustration at the lack of work being done. Hopefully Somerset House does rise again from the ruins. The structure itself, particularly at the front, deserves a second chance. 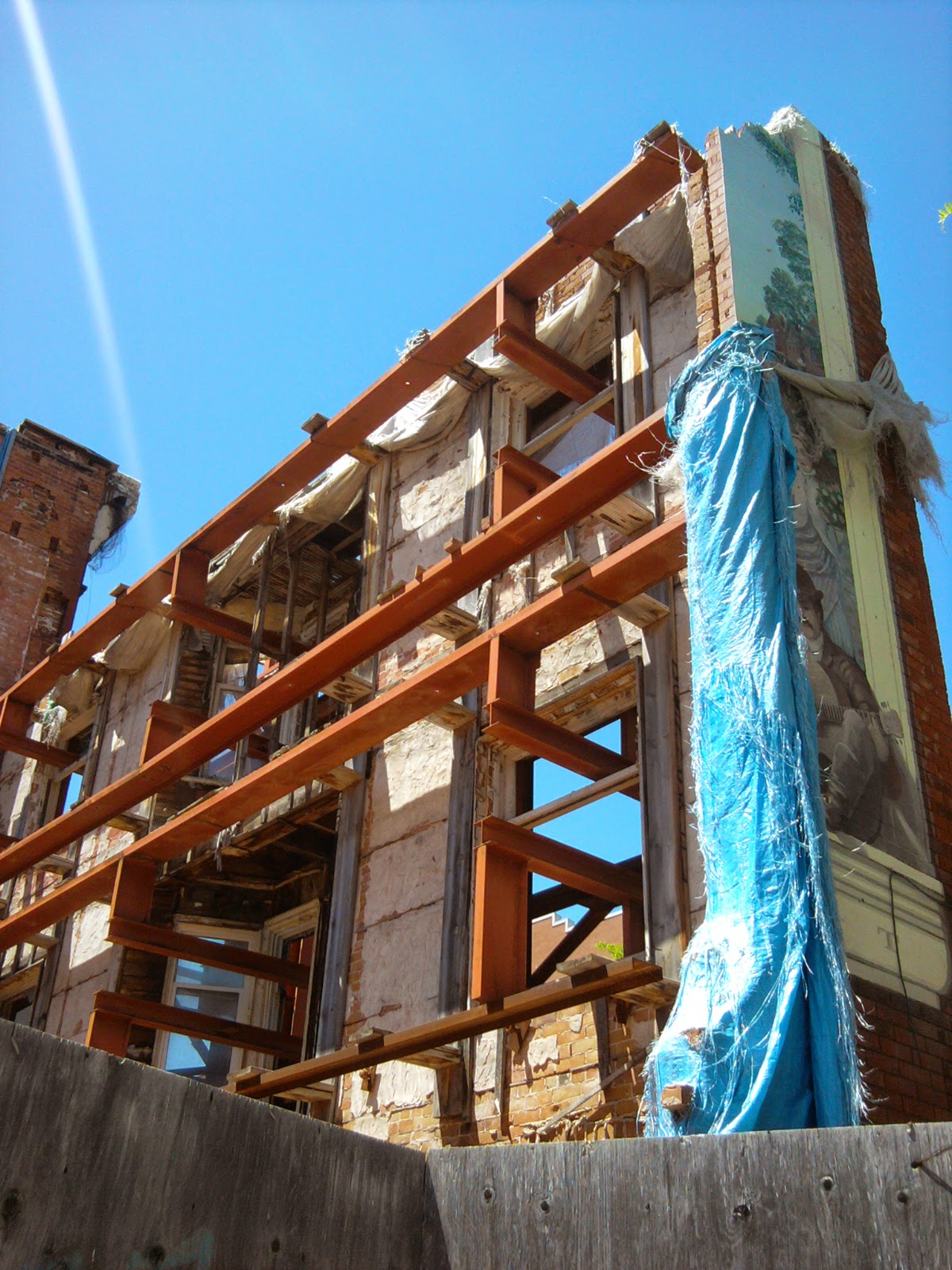