Happy New Year! The first day of the year is a chance for members of City Daily Photo to look back at their favourite photos of the year. You can see how others have chosen their favourites at this link. I have decided to do this over two days, with both sides of the Ottawa River. Today it's the Ontario side, and tomorrow I'll be doing the Quebec side.

This was one of my first shots of 2018, taken on New Year's Day outside the National Gallery of Canada. 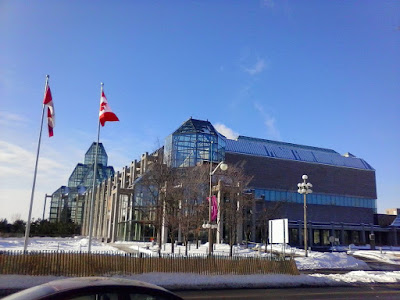 One day in mid-January I happened to go into the Ottawa Convention Centre, aka the Shaw Centre, to photograph the glass wall from inside. There was a wedding show going on inside; one of the vendors gave me a ticket, and I went in. It was an oddity- I'm single, not getting married, and I've never been to one of these. Which meant that unlike the impending brides, grooms, wedding party members, and those offering their business services inside, I wasn't under any pressures. Among the many photographs I took was a fashion show of models walking the runways in wedding attire. This was the first time I've done a proper runway shoot, and this shot taken after it was done, with the models chatting with audience members, particularly stood out to me. 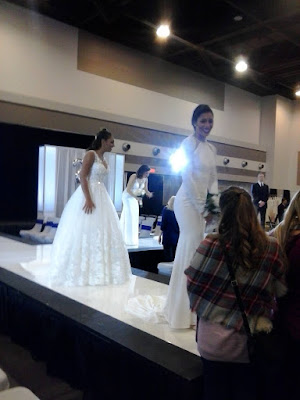 Winterlude is a big festival held in February on both sides of the Ottawa River. Ice sculptures are found at more than one site, but especially in Confederation Park. They look vivid lit up at night. 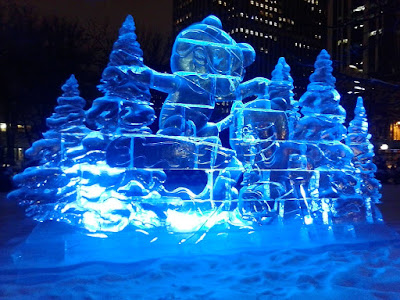 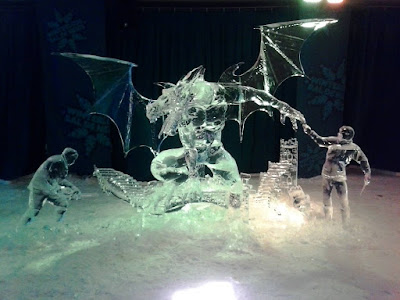 On the Easter weekend, I paid a visit to the Canada Agriculture and Food Museum, one of the national museums here in the national capital region. Based on the Experimental Farm, a government research farm southwest of the downtown core, it is a working farm where animals are housed in a series of barns the visitor goes in and out of (in warmer weather they spend at least part of their time outdoors). This is the Dairy Barn, the largest of the barns on the grounds. The Museum is an ideal way for city kids to learn where their food comes from. 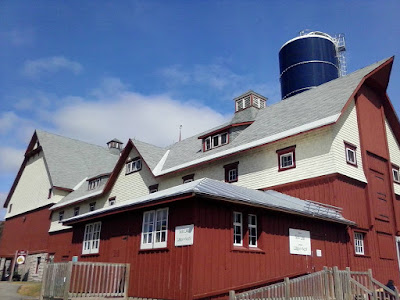 Inside the Dairy Barn, the herd is housed over the winter. The rest of the year they're out in pastures, only coming in at milking time. I liked the expressions of these two cows. 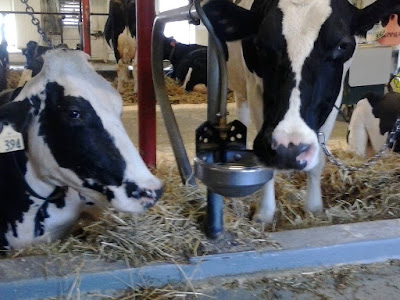 The Canadian Tulip Festival is another big festival held here in May, dating back to the aftermath of World War Two. I get in a lot of photographs on both sides of the Ottawa River over the course of the event, and particularly go for a view of the tulips with the Peace Tower of Parliament Hill as a backdrop. 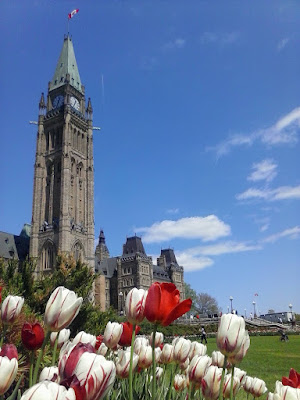 The tulip beds at Commissioners Park is the biggest site of the many tulips planted here. 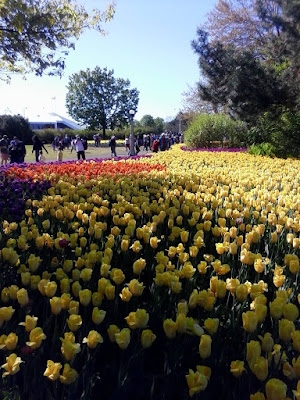 During the summer, the Canadian War Museum housed a temporary exhibit on Armour. This happened to include a contemporary one- one of the Iron Man armours from the Marvel cinematic universe, all lit up. You can imagine this was a draw for photo ops like this one. 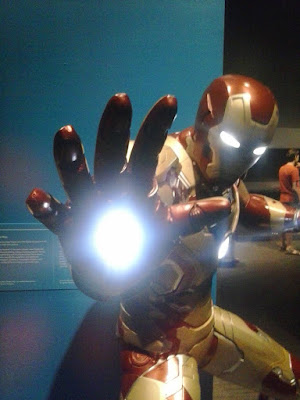 Buskerfest is held here each year at the beginning of August. This was one of my favourite acts of the event, a man and woman operating as two thirds of the acrobatic troupe Les Dudes. At this point in their routine, Senja had red-flagged Philippe, and he responded by taking a dive and faking an injury that professional soccer players would be proud of. 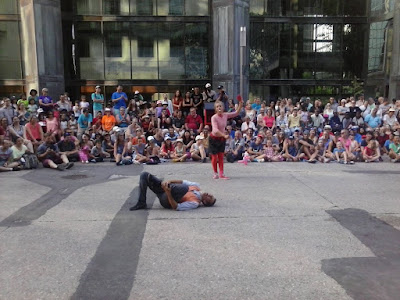 The National Gallery held a special exhibit over the summer called Impressionist Treasures: The Ordrupgaard Collection, consisting of French and Danish paintings. I paid a visit on the Labour Day weekend. The Ordrupgaard, a Copenhagen gallery, has been under renovations at present, and sent their collection off on tour. Part of it was here, including this 1865 Claude Monet work, The Chailly Road Through The Forest of Fontainbleu. 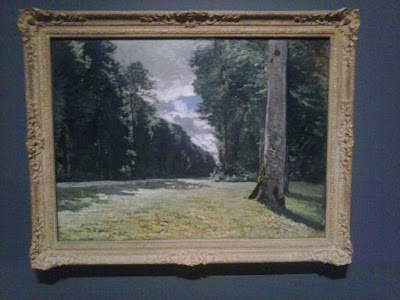 On the 21st of September, a set of tornadoes swept through the National Capital Region, causing damage on both sides of the river. For my own part, I didn't know it had been a tornado until the following day. All I knew was a particularly heavy rainfall happened that knocked out the power around dinner time (my home would not see power restored for just over twenty four hours). When the rain ended I went for a walk and crossed the Rideau Canal during the last light of day. This view looking south from the Laurier Avenue Bridge shows the retreating edge of part of the storm. 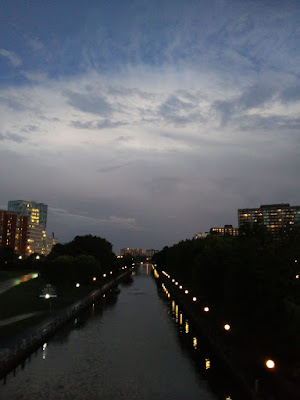 Late in November I took a tour of Centre Block on Parliament Hill, as the building is due to close up for several years for rehabilitation work. Among my many photographs that day is this one inside the Library of Parliament, which I consider the most beautiful room in the capital. A statue of Queen Victoria is at its heart. Tomorrow I show you my favourites from the Quebec side of the river. 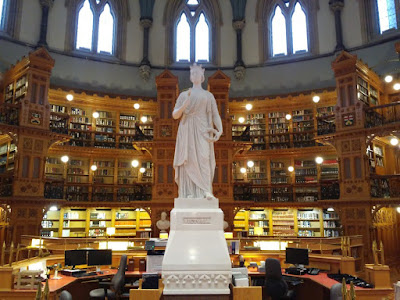