The two people in this shot haven't just strode into a bed of tulips. There are certain spots at Commissioners Park where a walkway has been inserted into the bed, giving space for photo ops. 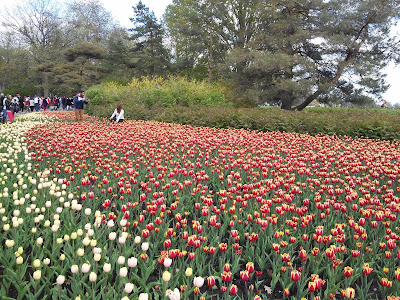 Hence this shot, taken where they were positioned. 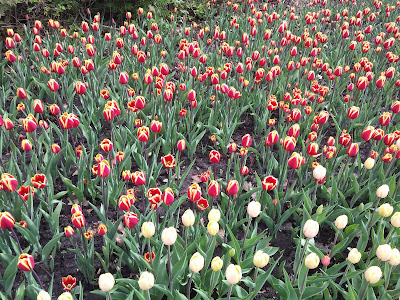 On the weekends, and a day like Victoria Day when I took these shots, the tulip sites get busy. I prefer weekdays when it's quieter. And we get the sort of photographer who has to have their family standing in front of the tulips. And take a couple of dozen shots. Or four dozen shots. As opposed to just photographing the tulips.

Have I mentioned I don't like that sort of photographer? I've said it before, but it's the same kind of numbskull who goes to the Grand Canyon and insists on having their spouse and ill behaved brats posing in front of scenic splendour for every single shot. "Isn't this beautiful, honey? We can only improve it by having you and little Waldo and little Hilda blocking everything." 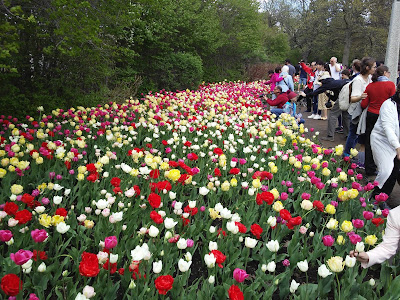 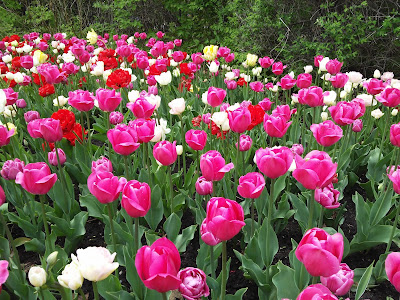 It's not that I mind photographing people around tulips, particularly if they're in the background. But that kind of photographer is the sort I'd like to throttle. 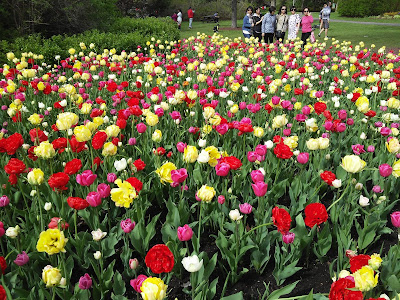 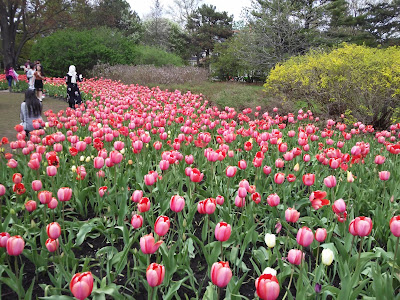 Some of the beds, such as this one, are less densely planted than others. 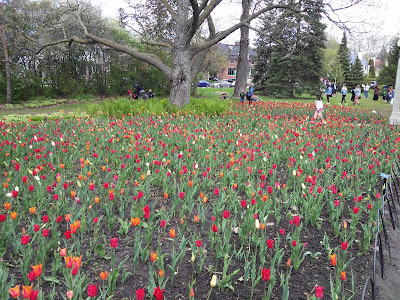 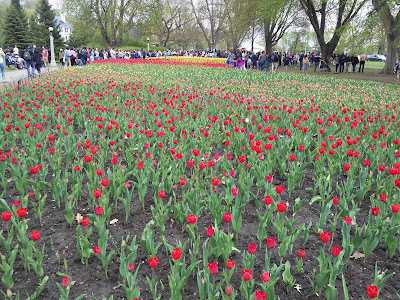 The lake itself features into the background here. We'll pick up here again tomorrow. 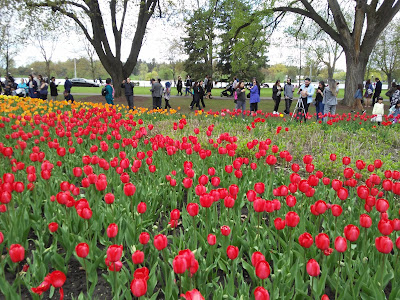 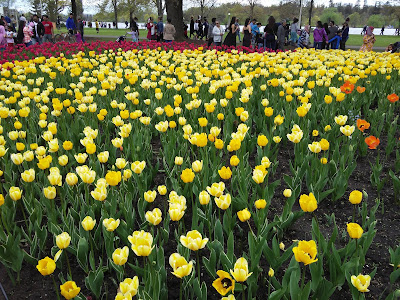 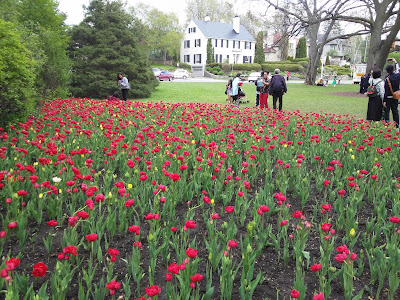