Farewell To The Museum

This editorial cartoon, featuring two adversaries, stands out to me. Rene Levesque of the separatist provincial Parti Quebecois was the province's premier for a time. His adversary at the time of the 1980 referendum was the Canadian prime minister Pierre Trudeau. 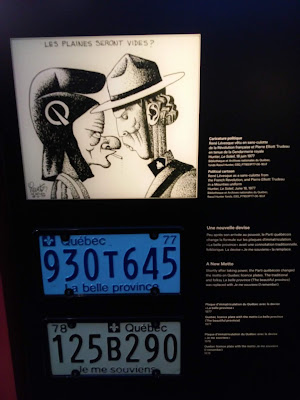 The 1995 referendum is as close as we ever came to separation. The sovereigntists narrowly lost, and haven't made an attempt since, even when they've been in power in Quebec. 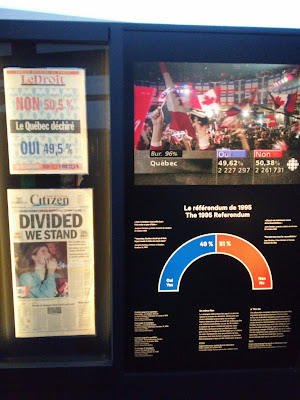 I started to take my leave from the gallery. The roof of St. Onuphrius is seen here. 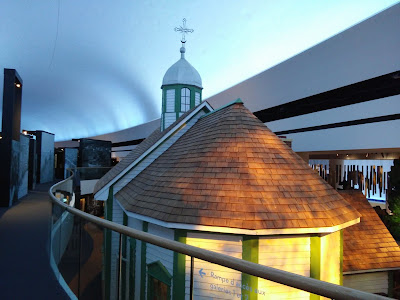 A series of photographs of the country line the pathway leading out. 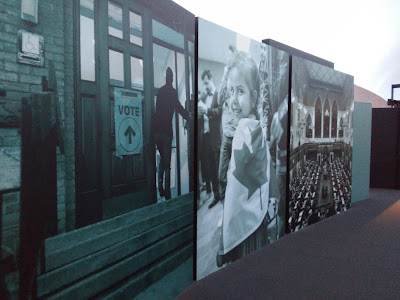 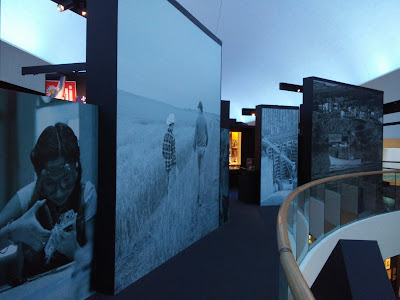 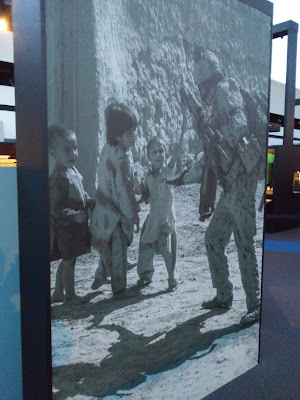 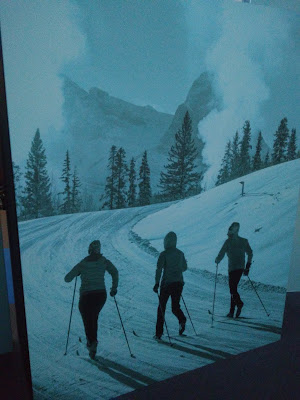 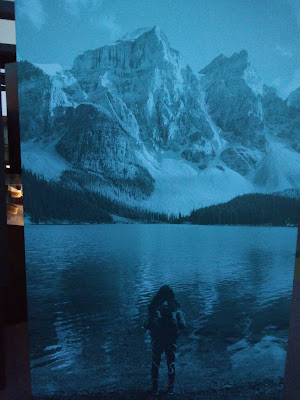 Emerging from the Canadian History Hall, I paused to photograph this sculpture. Bill Reid of the Haida created Chief Of The Undersea World in the 1980s. This is the plaster cast version of the sculpture; a bronze one stands outside the Vancouver Aquarium. It depicts a stylized killer whale, a sacred animal to the Haida. It stands on a level over the main entrance. 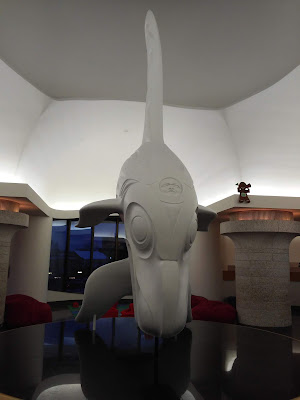 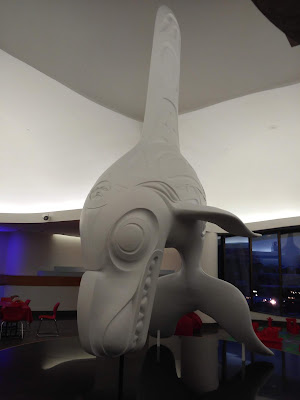 And here we have the Grand Hall itself, one last view for this visit. You can just make out Reid's Spirit Of The Haida Gwaii at the far end. 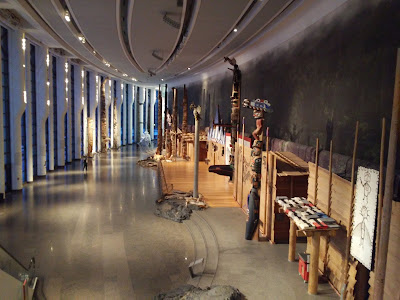 I finish today with two final views of the curatorial and exhibition wings. Douglas Cardinal's splendid curves in these buildings is his masterpiece of architecture. 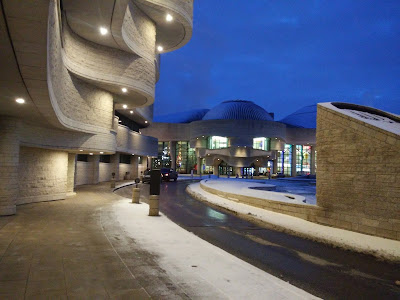 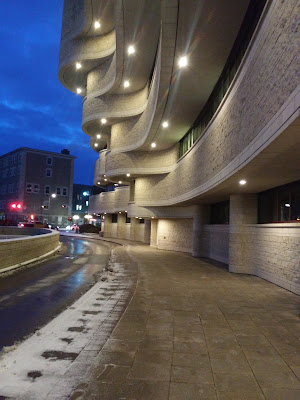