Richmond Landing is a place of history. Veterans of the War of 1812 landed at this spot with their families and headed inland, founding the town of Richmond a few years before the founding of Bytown. Today Richmond is a part of the greater city of Ottawa. The Landing has two channels of the Ottawa River on either side, with the main shore at right and Victoria Island and Gatineau to the left. Familiar landmarks like the Alexandra Bridge, National Gallery, and Parliament Hill are in the background.

The river looks deceptively tranquil, but it was flowing fairly swiftly at this spot. A few days before I took these shots, there were two drownings upstream from here. And the last time I'd been down here, in the spring of 2019, the spot where I was standing this time was just at the high water mark. 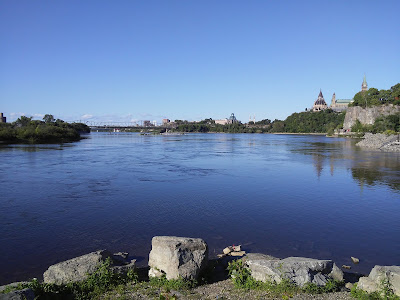 I went back upslope to the monument. This side is inscribed with theatres of operation for the Canadian navy. 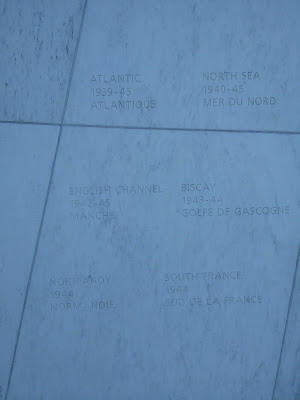 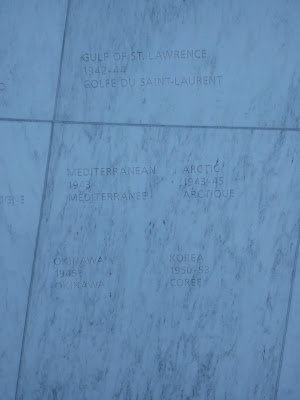 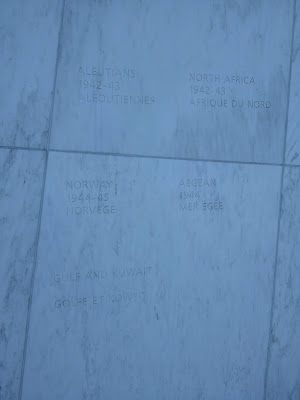 Richmond Landing also marks the start of the Rideau Trail, with a plaque here. The trail heads all the way to Kingston, following the route of the Rideau Canal and the Rideau River. 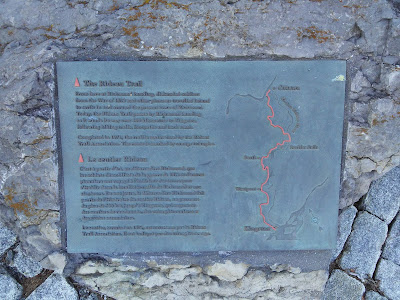 Three more views of the monument. 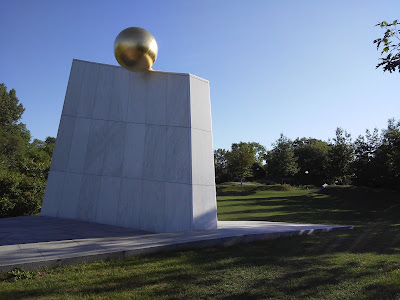 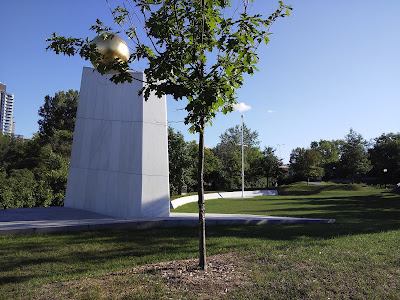 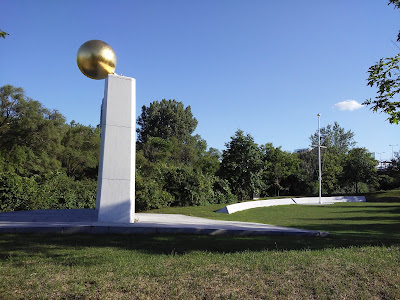 At the top of this area stands a work of art, a sculpture called The Gather-Ring, a First Nations work. 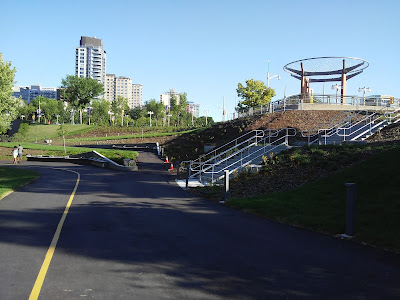 And here's a view from atop the Landing, with the channel of the river flowing out between it and the main shoreline. 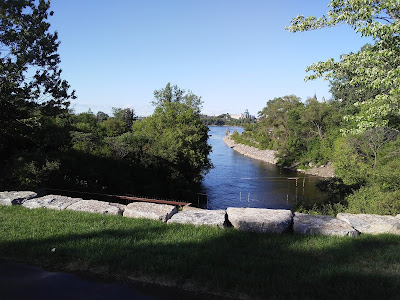