Today I have some odds and ends shots, taken at various points from December until recently.

This fellow was in a hotel lobby in the Byward Market one December day, appropriately masked for Covid. 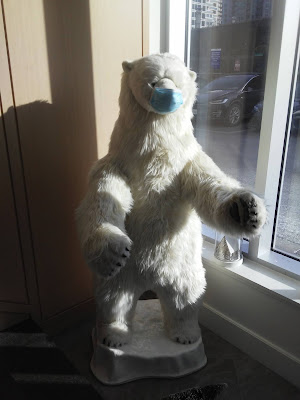 Later that same day, I was passing near the Government Conference Centre as evening was falling. This building was initially built as the main train station downtown, and for many years has served as a meeting space for the federal government. At present the Senate is meeting here while work on Parliament Hill continues. A close look will see the crescent moon nestled between portions of the building. 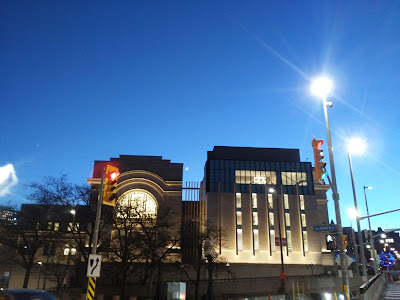 A few minutes later, crossing the Mackenzie King Bridge, I took this shot of the skyline to the southwest. Confederation Park lies in the foreground. The Moon is above the office towers here. 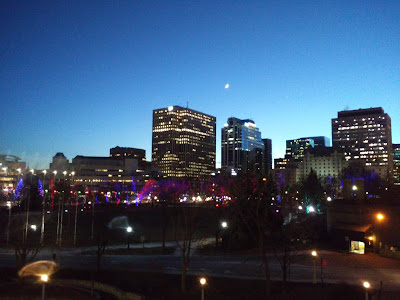 Crossing the street and taking this view, I took a shot I've taken many times. The National Arts Centre is off at left, Parliament Hill in the background, the Rideau Canal running below, and the Chateau Laurier and Conference Centre at right. 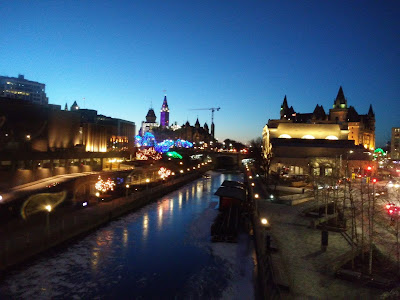 On New Year's Eve during the day, I was down around the Portage Bridge to photograph the river, and took this shot beforehand, showing Richmond Landing in snow. 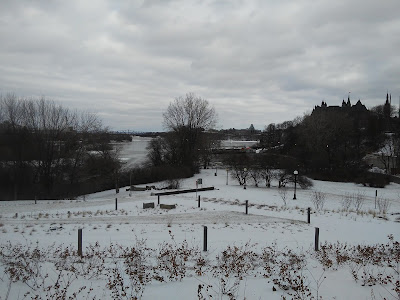 Nearby is Cathedral Hill, occupied by two churches. St. Peter's Evangelical Lutheran Church is in the foreground, while the spire of Christ Church Cathedral, an Anglican church, is in the background. 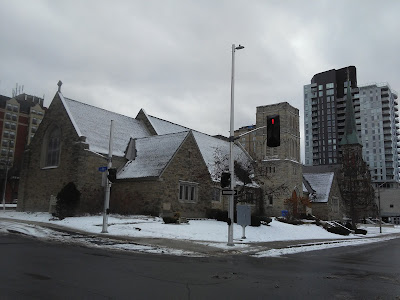 In January I decided to get a tattoo. 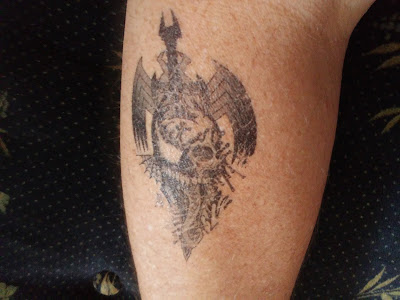 Just a temporary tattoo, something from my local comic shop, for a crossover event presently underway in the Marvel titles. Believe me, I have no interest in getting a permanent tattoo.
These four shots are taken within the World Exchange Plaza, an office building downtown. Five whale sculptures hang in the central space, a pair of narwhals and three belugas. It's been quite awhile since I've photographed them. 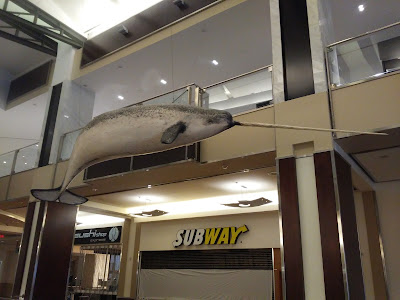 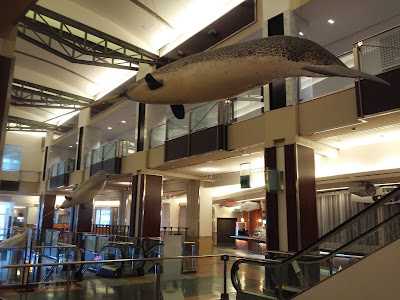 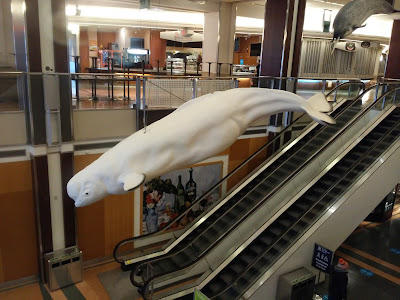 All of them can be seen in a row here. 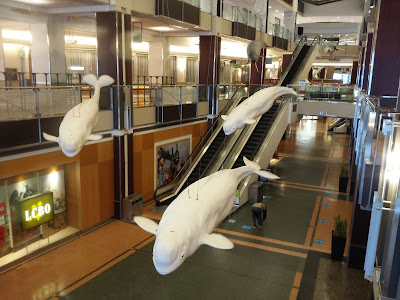 This Covid instruction mask was seen outside a pharmacy in early February. Whoever the doggie is, one hopes they got treats for being such a good dog during this photo shoot. 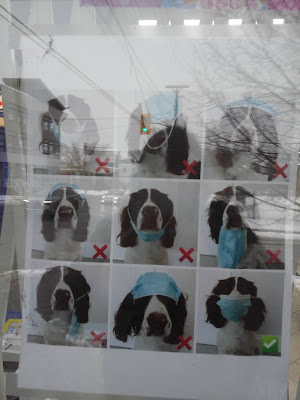 And this is from recent days, the dust cover of a graphic novel by Canadian writer Jeff Lemire. The Question is a fairly obscure DC character (I first was acquainted with him in the pages of a year-long series years ago called 52). This recent graphic novel, The Question: The Deaths Of Vic Sage features dialogue on the dust cover that rings true. 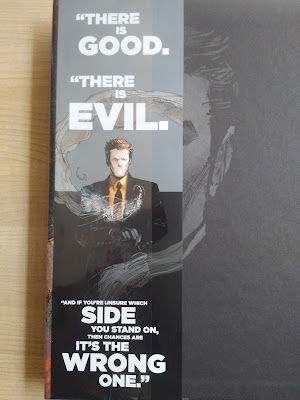