A Flower Bed For The Founder

I left off yesterday with a bed of tulips overlooking the Ottawa River during my visit to the Canadian Museum of History. Here they are again. 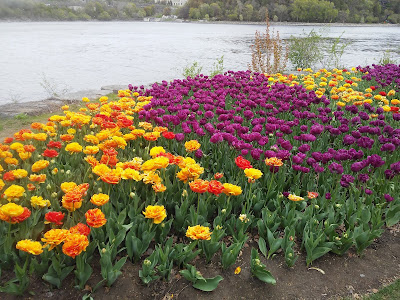 This particular bed is named in honour of the Canadian landscape photographer Malak Karsh. While his brother Yousuf Karsh became the pre-eminent portrait photographer of the 20th century, Malak turned his attention to the land.  It was at this spot where he took a photograph of Parliament Hill during a logging drive, complete with the Missinaibi on the river as mentioned yesterday. That image would be reproduced on the last circulating one dollar bill, while a portrait of Queen Elizabeth by Yousuf would be used for the other. This is Malaks' view. 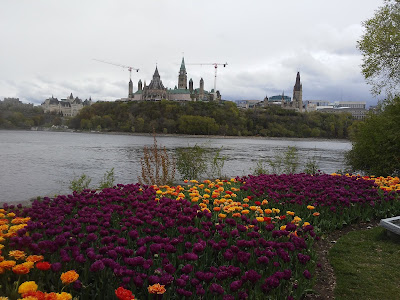 It is Malak- who went by his first name professionally to distinguish himself from Yousuf, who went by Karsh- who can be said to be the founder of the Tulip Festival. The Dutch started sending bulbs to Canada as thanks for liberation during the Second World War. Those bulbs were planted in beds here for the enjoyment of locals. Malak the photographer put forward the idea of a festival for the annual spring blooms and it took off from there. And so dedicating a bed to him, especially in this setting of one of his most iconic photos, makes sense. 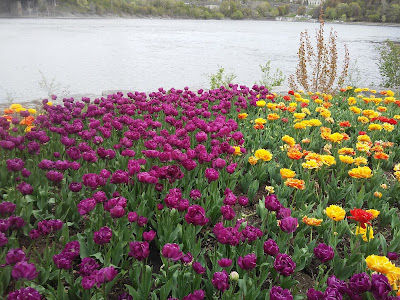 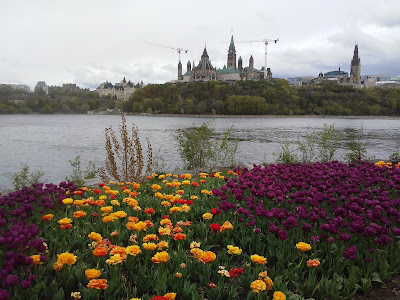 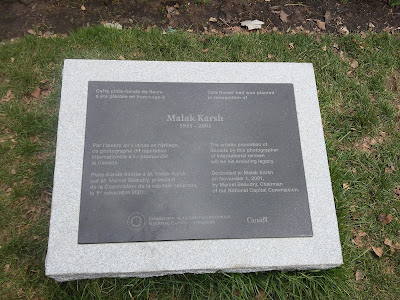 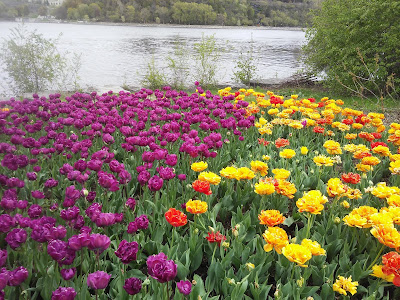 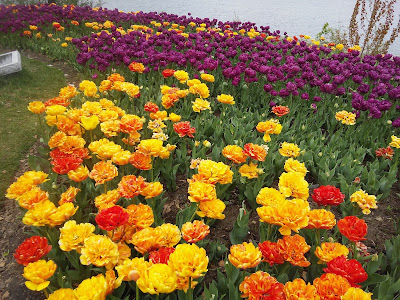 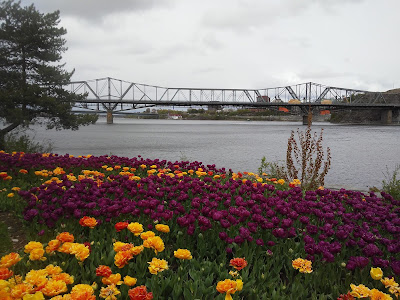 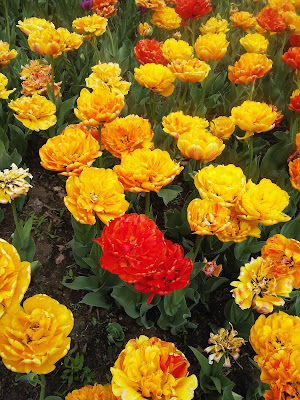 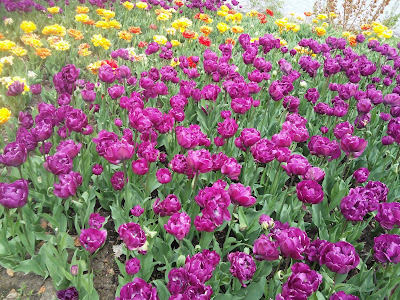 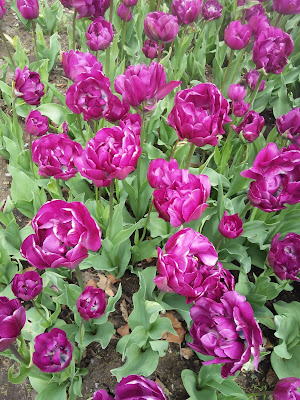