City Daily Photo Theme Day: When I Can Travel Again

The first day of each month is a theme day for members of City Daily Photo. For June, that theme is When I Can Travel Again. See how others are interpreting the theme right here.

I am turning the theme on my readers and when you can travel again. At present I am in the midst of an extended series on our May Tulip Festival, which finished its second year being only the realm of locals, as opposed to the many tourists who come each year. Hopefully next year will be normal.

Each year when I do this series some of you comment on coming to see this in person. In which case I would enjoy being a guide, as I was some years ago when Tom and his wife came to see the tulips.

And so today I feature the National War Memorial, which has tulips in the planters and flower beds in May. 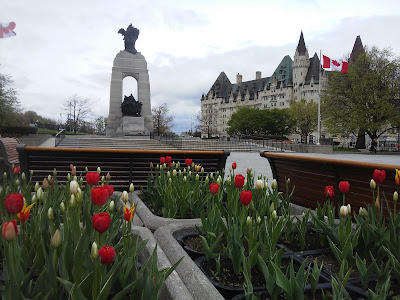 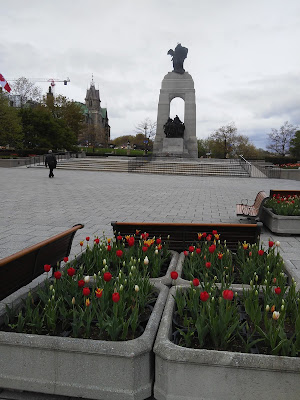 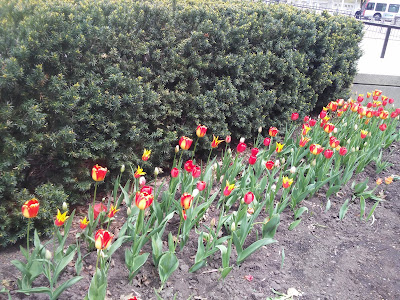 The Memorial, first dedicated in memory of the dead of the First World War, has since been rededicated to include the military dead of Canadian wars. The Tomb of the Unknown Soldier is at its base, with the remains of a Canadian soldier who fell at Vimy Ridge interred within. 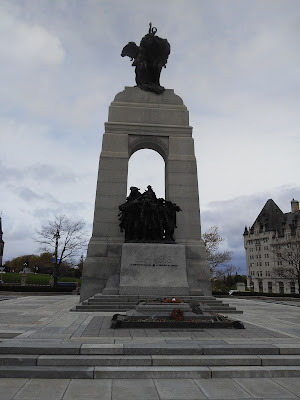 When I visited, it was some days after the anniversary of VE Day. Flowers and wreaths were still here. 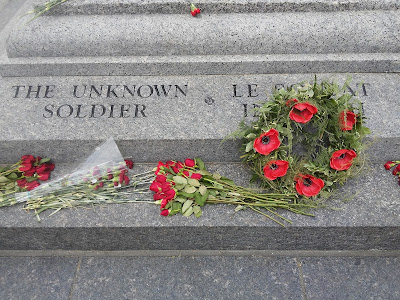 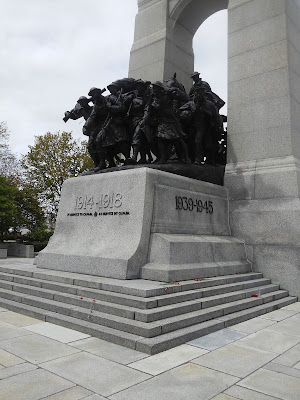 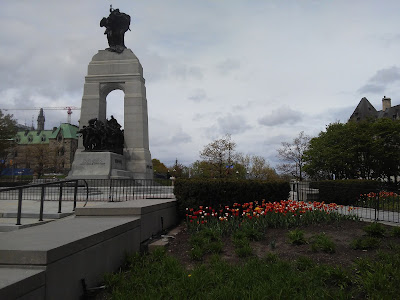 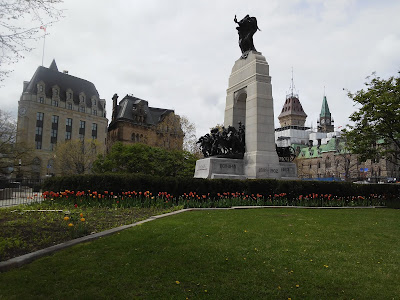 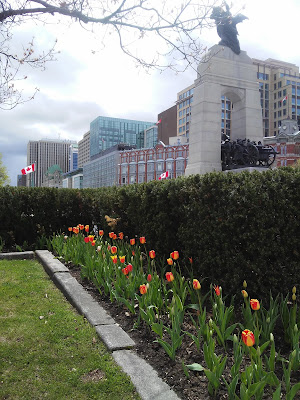 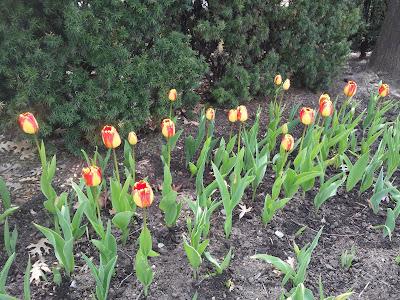 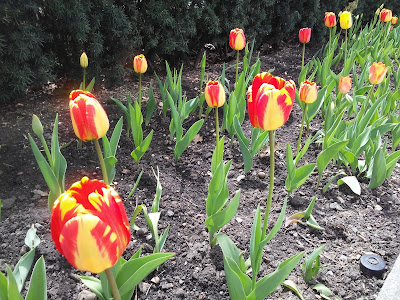