Two blocks south of Parliament Hill in downtown Ottawa is an office building that probably dates back to the 80s. The architecture is too modern to be earlier than that. It's made some creative use with the ample amount of sidewalk space outside, where we have two sculptures erected, both part of the other, separated by a garden that in the years since has grown to block the view. One is a First Nations hunter, who has prey nearby, and is reaching for his arrow. 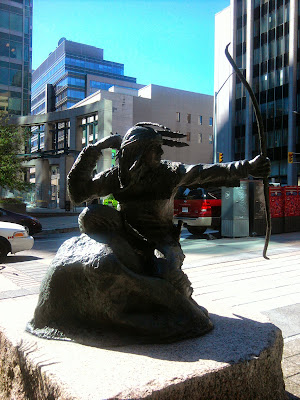 This gives you a sense of where he's planning to aim. And yes, it's a nice area to sit. In the years since the sculptures were placed, the vegetation in the garden area has grown sufficiently that his quarry is now out of sight. 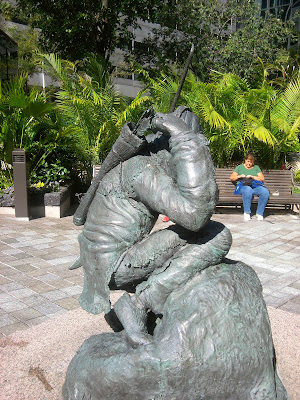 And here we have on the far side of the garden, his quarry: a deer. Has it detected the hunter? Is it about to sprint away before he can draw his bow? These two sculptures fascinate me in any season, with their attention to detail and the way they are bound together. 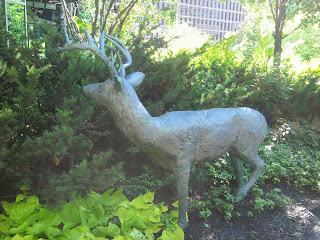