So Who Was Dow?

As the Rideau Canal winds its way through the city, roughly parallel to the Rideau River not far off, it comes to a large stretch of water, called Dow's Lake, named after a farmer who'd owned land here before the building of the canal. Seen here from the Bronson bridge, the lake is peaceful on this sunny day. Come winter, skaters will be below, gliding their way along over seven kilometres of skateway that wind through the city. 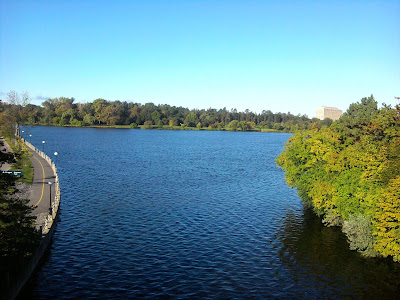 Posted by William Kendall at 12:27 AM