I promise, this blog is not going to turn into a foodie blog.

I've shown you one of these huts on the Rideau Canal before. This is a permanent location for Beavertails in the Byward Market, across from the market building itself. The business was started, and is still run by, an Ottawa Valley family whose fried dough treat has caught on well here and has become an institution, particularly during Winterlude. The dough is shaped like a beavertail, fried up, and coated in various ways. There are franchises around the country, and temporary huts set up for festivals and other special occasions here in Ottawa and Gatineau. When President Obama first came on an official visit in February 2009, he picked up a Beavertail here, and the treat has been served at the Canadian embassy in Washington during the last couple of inauguration days (note to Marylanders and Virginians: keep that in mind for the next inauguration). 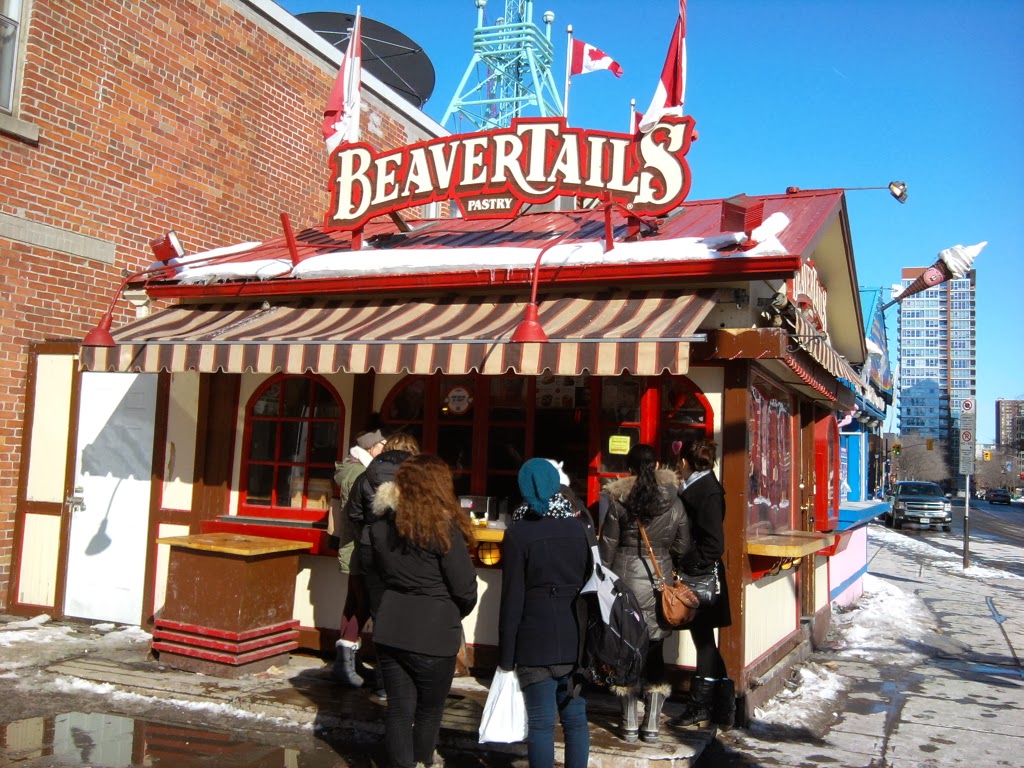 Here's one of them, with cinnamon and sugar. 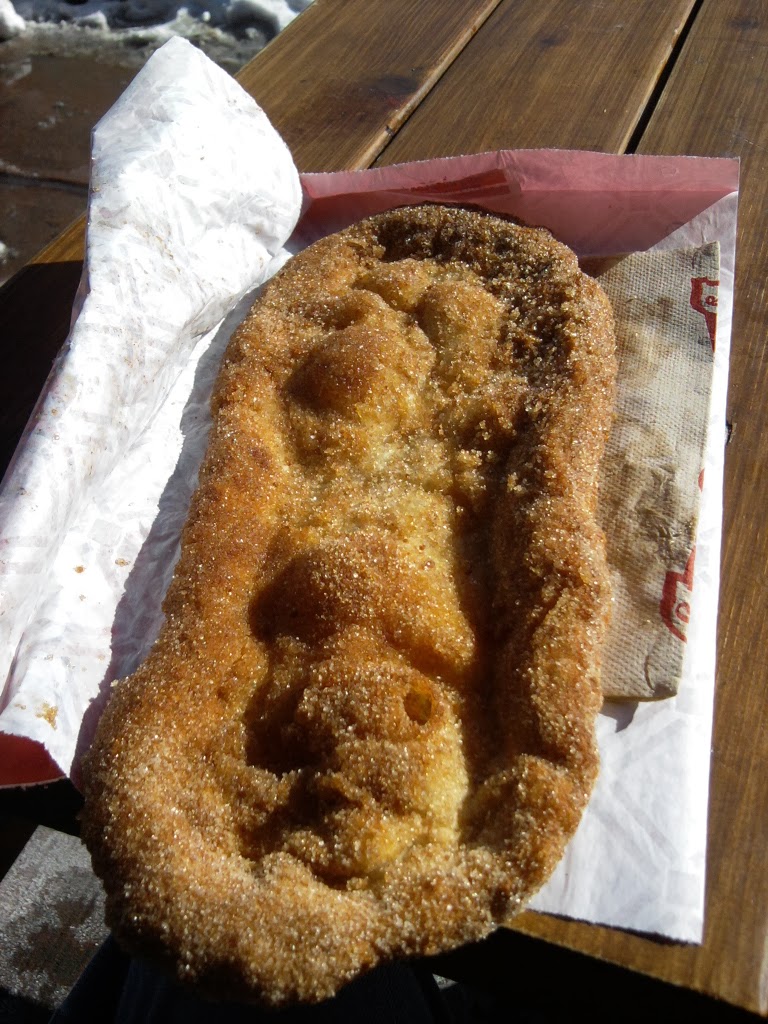 Another Canadian staple for a cold winter day? It's a dish called poutine. It might look awful, but it tastes marvelous. There are variations in the recipe, but basically it consists of fries, covered with cheese curds and gravy. It's a filling lunch or dinner. I had this over at Dunn's, a restaurant also in the Market. 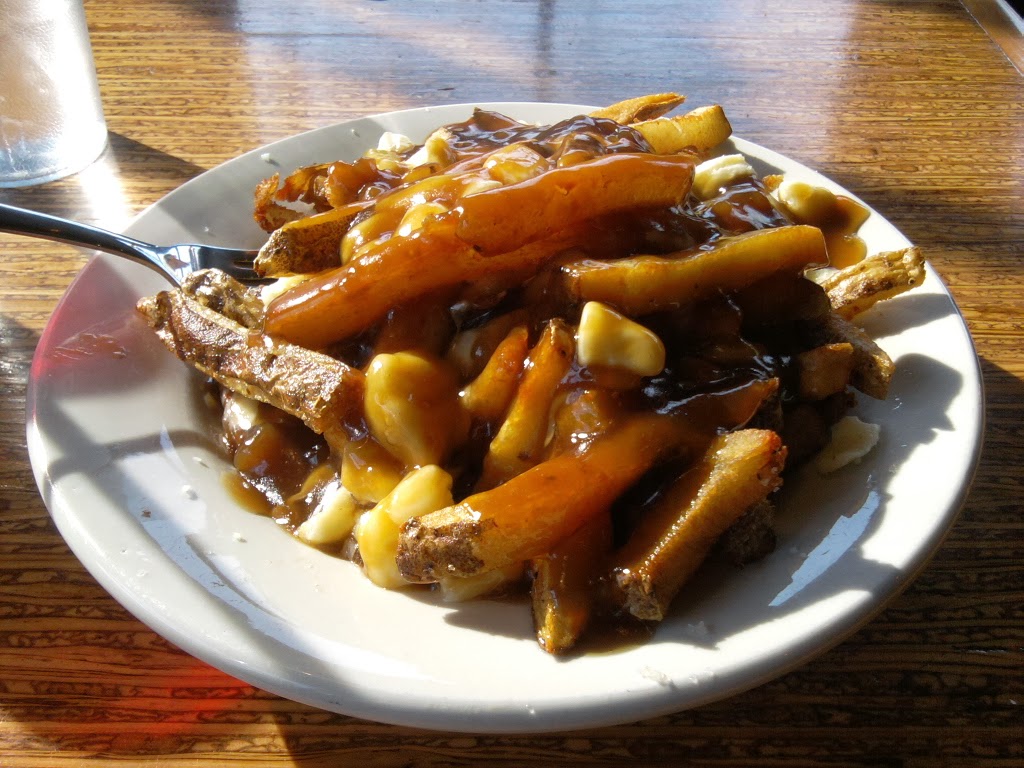