Looking Forward To The Games

For a look at people using an ice sculpture to pose for pictures, check out this post from last year that featured an example.

Each year at Winterlude, at least one large ice sculpture is erected by a team of carvers, at the request of a government ministry. This year a sculpture was erected for the Pan Am Games, which will be held in a few months in and around Toronto (side note: it is a great relief that a certain crack smoking incompetent drunkard former mayor of that city is no longer the mayor and thus will not be able to make an ass of the entire city on the international stage). This sculpture incorporates athletes and the CN Tower into it. 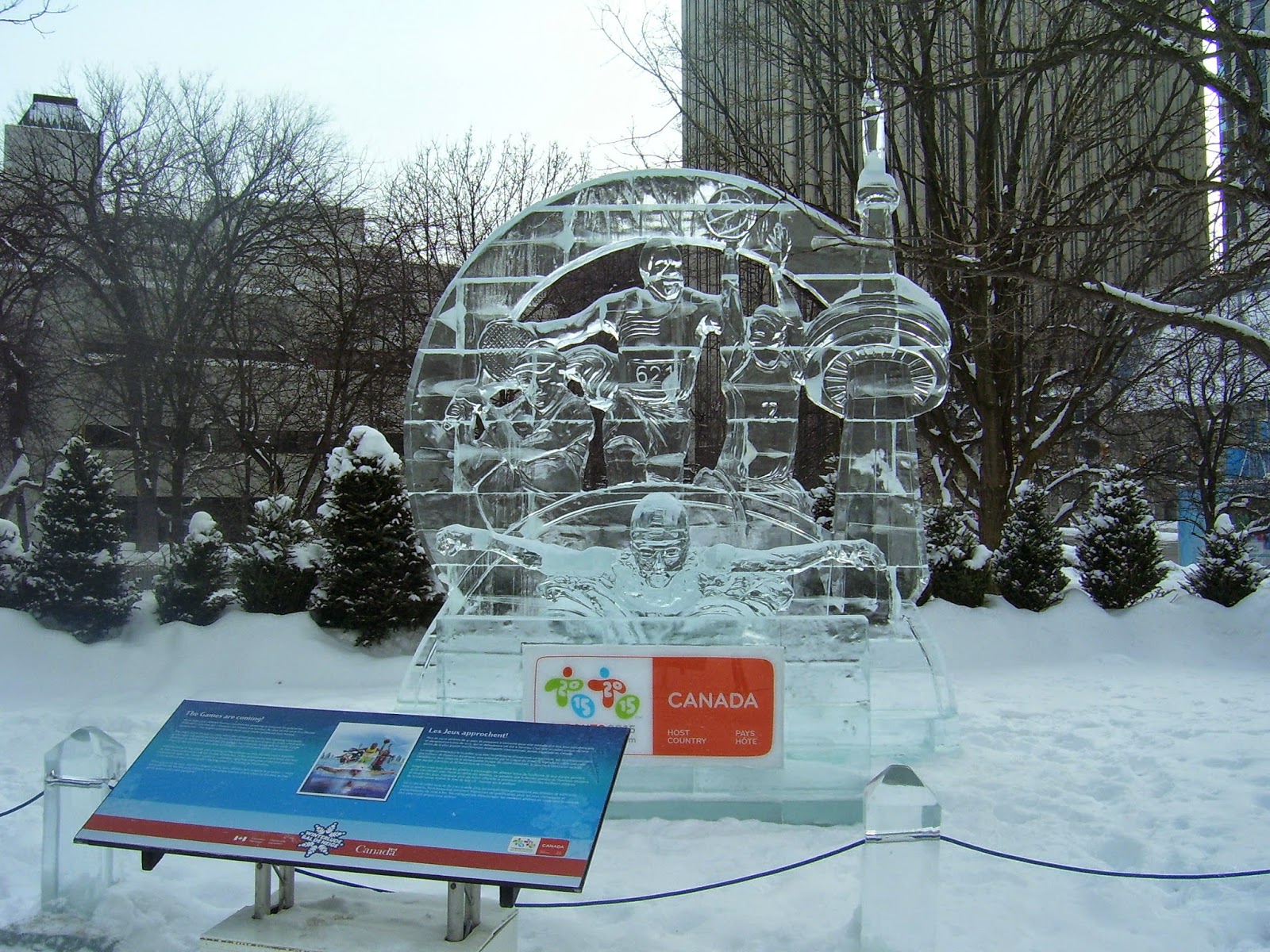