Today I am finishing up my current series from the National Gallery of Canada with this set. I'm planning on making another visit in March, because I want to see the Alex Janvier exhibit again before it's done.

The Judgment Of Susannah is an oil painting dating to 1720-21. It is the work of the French artist Francois Boucher, in fact his first recorded work. It depicts an Apocryphal account of the prophet Daniel, who can be seen rushing in at the right to defend the wrongfully accused Babylonian Susannah (sometimes called Susanna, depending on the artist). The two elders who have accused her of adultery will soon meet a bad end for bearing false witness. The story often turns up in classical art; there's at least one other painting here at the Gallery depicting aspects of the story. 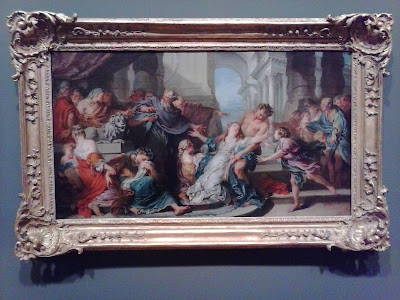 Garden Of An Italian Villa is a 1764 oil painting by Hubert Robert (whose name came up among the paintings in the series I showed you earlier this month from the Napoleon exhibit at the Museum of History). The French artist had spent time in Italy, and it had an influence on him. 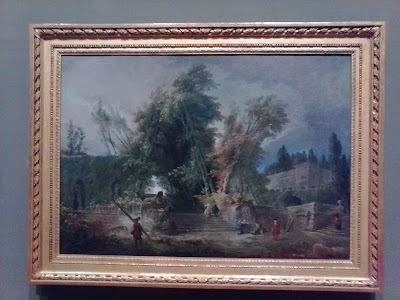 When I'm here, I seem to always photograph Antonio Canova's marble Dancer, done circa 1818-22. It's the second version of a sculpture the Italian artist first did for Empress Josephine; the first version is at the Hermitage in St. Petersburg. 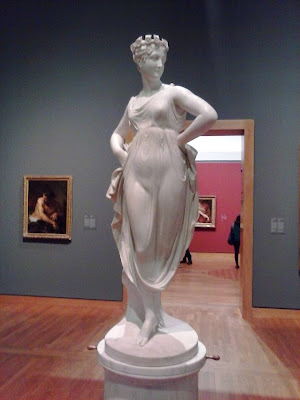 This marble bust, Empress Josephine, was done circa 1805-08 by French artist Joseph Chinard. 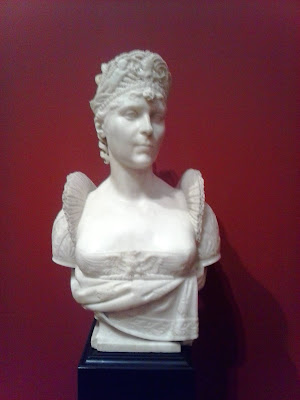 This oil painting was a delight to see; it's a new acquisition for the Gallery, an anonymous gift by a Canadian collector. Elizabeth Louise Vigee LeBrun was a court artist for Marie Antoinette who wisely got out of France early in the Revolution and stayed in exile for some years. This 1796 portrait is Countess Tolstaya, depicting the Russian noblewoman in a classical, but equal, setting. Vigee LeBrun was the subject of a joint retrospective in 2016, first at the Metropolitan Museum of Art in New York City, then here at the Gallery, where I attended. I took no pictures at the time, but never actually noticed if there was a no pics policy. Seeing this was a pleasant reminder of her work. I'm presently reading a book of her work, compiled for that retrospective. 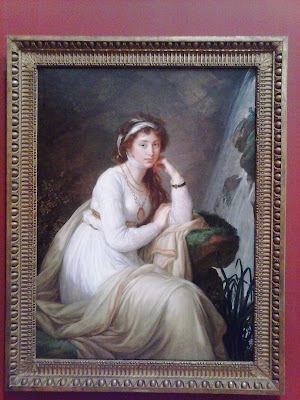 The Cliffs At Etretat is an 1866 oil painting by the French artist Gustave Courbet, depicting the coastline near Le Havre in Normandy. 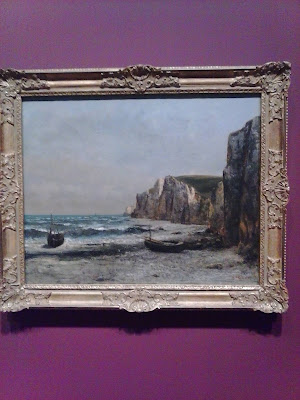 Pierre-Auguste Renoir painted this portrait, Claude And Renee, in 1902-03. It shows his son Claude held by the baby's nurse Renee Jolivet. 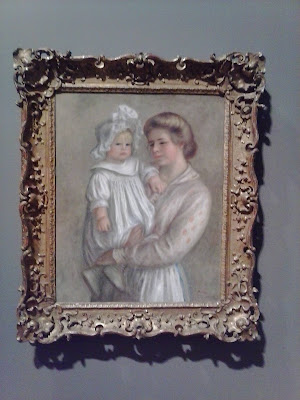 And I finish with this 1896 oil painting by Camille Pissarro. The Stone Bridge In Rouen, Dull Weather depicts the view of the inland port that Pissarro would have seen from his window. 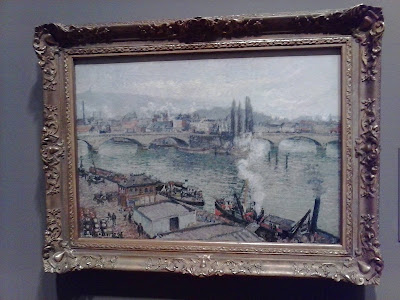