The final portion of the MosaiCanada presentation is thematically titled A Journey Through The Imaginary Of The First Nations. These horticultural sculptures are firmly set in nature and spirit, and here is a first view of what we'll be looking at in detail tomorrow. 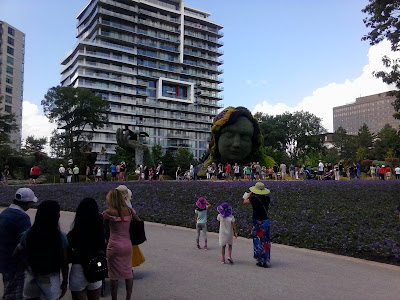 This is titled Wisakedjak And The Creation Of The World. It shows the Anishinabeg story of how the world came to be- the destruction of the old world of animals because of fighting amongst themselves, the salvation of a small group of animals by their creator Kichi Manito, and the task placed before them to retrieve a clump of dirt from below the flood waters covering the earth. A turtle succeeds in the task, and out of that, the world is renewed. 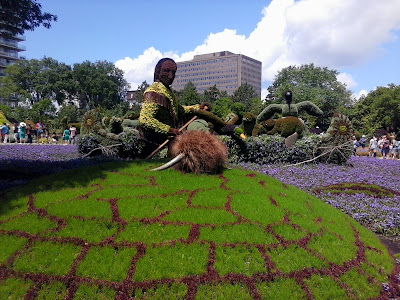 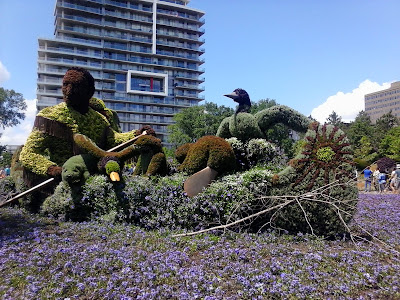 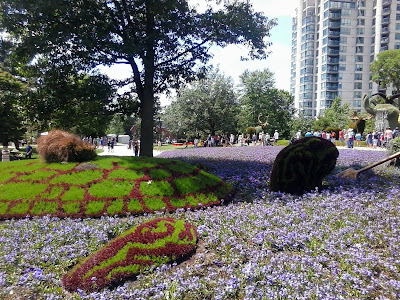 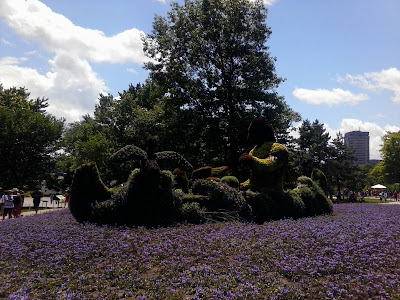 This one, called Born With The Sun, concerns itself with the First Nations idea of metamorphosis between human and animals. Artist Christine Wawanoloath masterminded this design, with animals in and around the canoe. 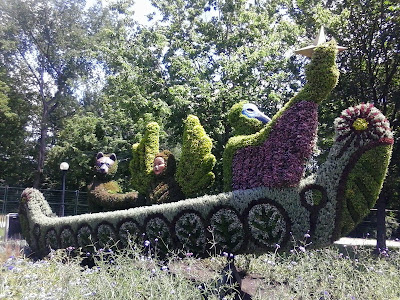 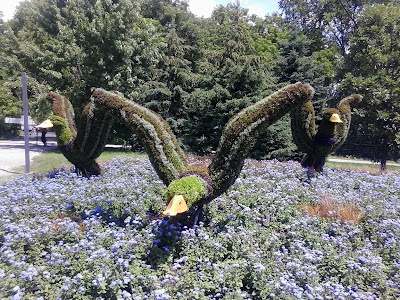 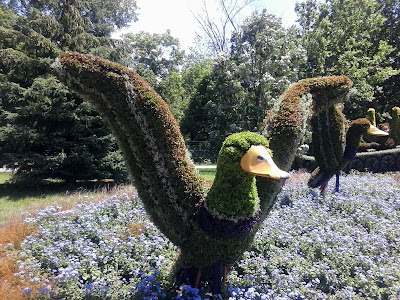 Mother Earth: The Legend Of Aataentsic is the largest of the horticultural sculptures at MosaiCanada, and we'll be looking at it more tomorrow, but here's an introduction. The idea of a Mother Earth is common among many old cultures, including First Nations peoples. She is the source of all life, and the design of this large sculpture features animals, life sized or larger, springing forth around her. 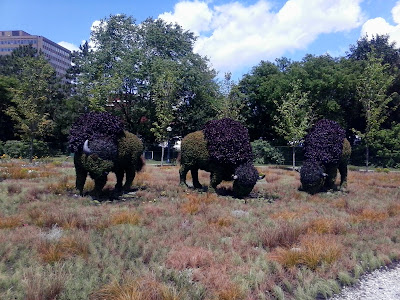 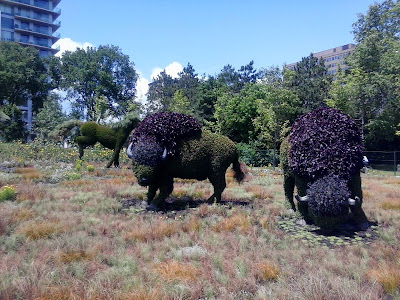 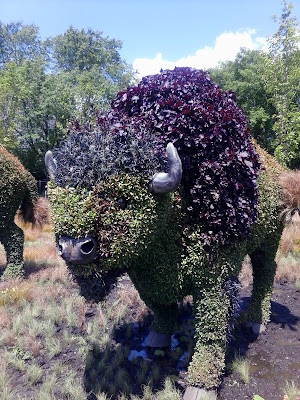