This bust of Colonel John By occupies a prime spot within the Bytown Museum. 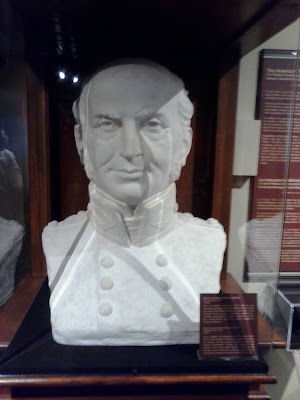 Close by is the Drummond Cup. One of four silver cups commissioned by the colonel, it was an acknowledgment of satisfaction from By to the construction crew chiefs, in this case, Robert Drummond, after the Rideau Canal was completed. Drummond's work crews were concentrated in the Kingston section of the waterway. 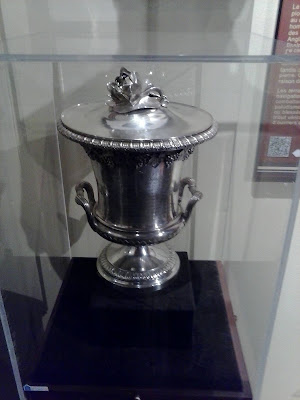 Here are more tools that would have been in use at the time of the building of the Canal. 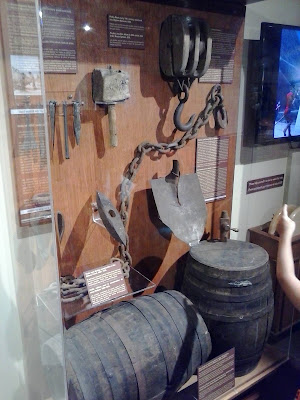 This display is about Sister Elizabeth Bruyere and the Sisters of Charity mission, who came up from Montreal in the mid-19th century and established local institutions, such as the hospital that still bears Sister Elizabeth's name. 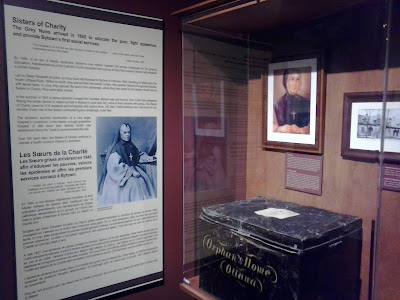 This formal portrait, an oil painting by an unidentified artist, shows the timber baron J.R. Booth, who was hugely influential in the latter 19th century and early 20th century in the city and beyond. 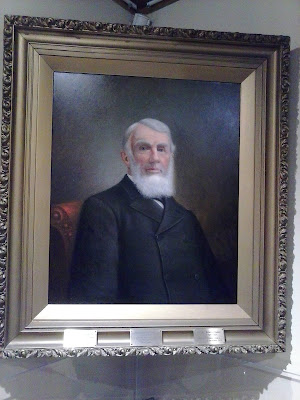 Some of you might remember this from a previous visit. The Hannum Table was crafted by James Hannum, a manager at the E.B. Eddy lumber property, in 1874. This table offers a bird's eye view of the complex, and incorporates over 10 000 pieces of wood, with 19 different kinds of wood used to construct it. This table was exhibited at the 1876 World Fair in Philadelphia. Today the Museum calls it home. 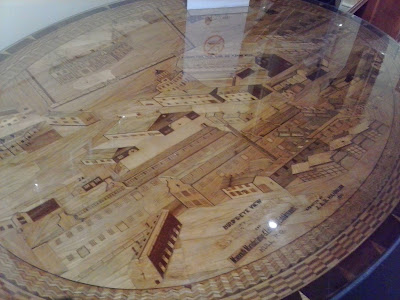 This view looks out one of the windows to the far side of the Canal, a different perspective than I gave you in yesterday's post. The Colonel's statue can just be seen to the left of the center pane frame. 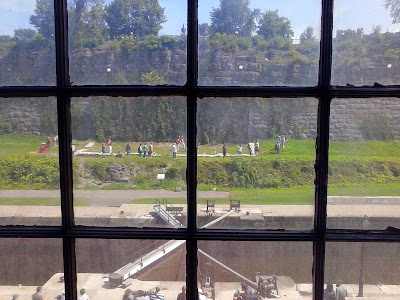 Artifacts and a display panel factor into a section that deals with the Great Fire of 1900, which devastated both Ottawa and the Quebec side of the Ottawa River- what is today called Gatineau was then called Hull. 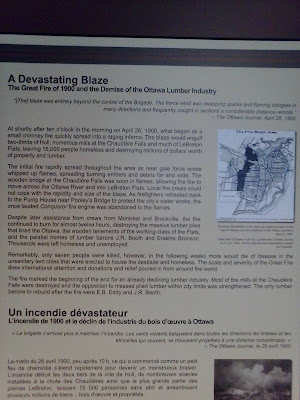 Some of the Museum's artifacts have been shifted into a temporary exhibition, such as these two items. The arm chair dates to 1820, and belonged to Colonel By. The chest at its side is a carpenter's chest, one owned by Joseph Summers, a carpenter and foreman who spent fifty years working on Canal maintenance. His family donated the chest to the Museum's collection after his death- and before the Museum actually took possession of this building. 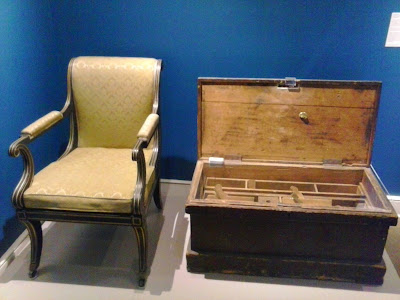 I finish for today with something else that caught my eye. This daguerrotype camera dates to around 1854, built of wood, brass, and glass. It was furnished by a New York company, Palmer & Longking. The fascination with the new technology quickly found its way to Bytown, as it was still being called, and numerous photographers were setting up shop in the city by mid-century. 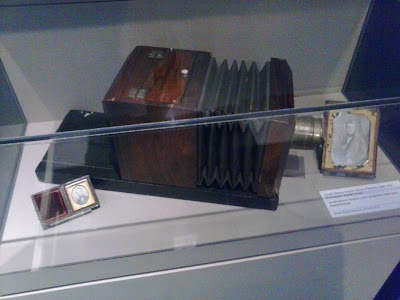