I went to the Canadian War Museum on Remembrance Day. As you can imagine, it was busy. The museum is west of the downtown core in the Lebreton Flats area, with the National Holocaust Monument and the Canadian Firefighters Memorial nearby. It has been in this location since 2005, when the museum's collection outgrew its former quarters. The building looks like a massive bunker or a bomber plane, fitting given its mandate. 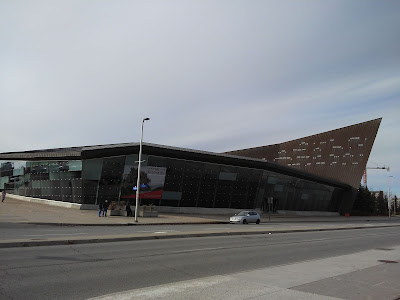 The current temporary exhibit happening inside is Victory 1918: The Last 100 Days. It focuses on the activities of Canadian soldiers in France and Belgium during the last months of the First World War. 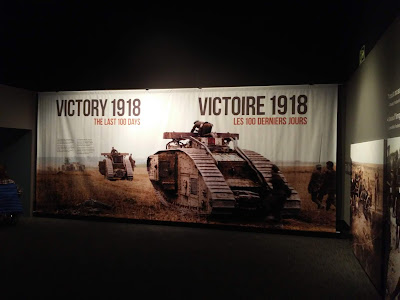 One of the first displays you see inside is this case containing a flag and the jacket and helmet of Arthur Currie, the resourceful Canadian general in command of our country's troops in Europe during much of the war. He was a tall, big man, something you see in the statue of him that stands downtown among the Valiants, and certainly repeated when you look at his uniform. 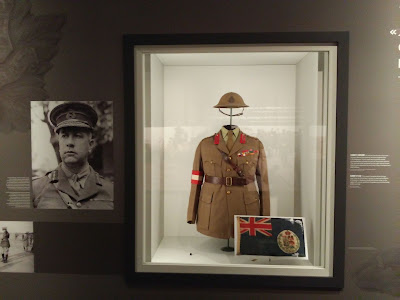 This panel starts things off, explaining the status quo in 1918 before the Hundred Days began, with the drive the various Allied nations would make against German lines. The exhibit focuses on the Canadians, but also places them in context with other Allied efforts as you go through. 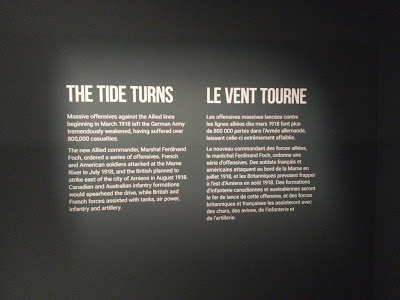 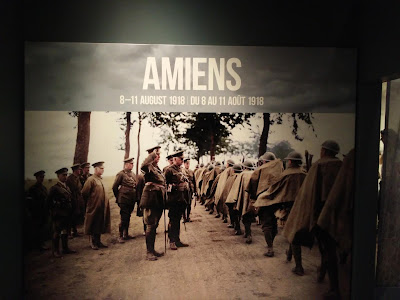 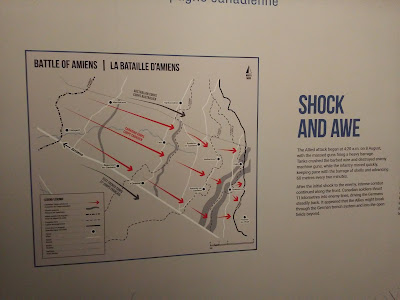 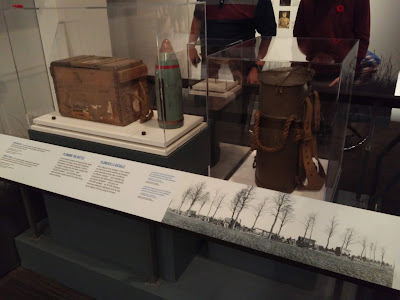 They included this rum jug and a pocket watch belonging to a young Canadian private by the name of Thomas Cook, who survived Amiens and was still carrying the watch when he was wounded later in the month at Arras. 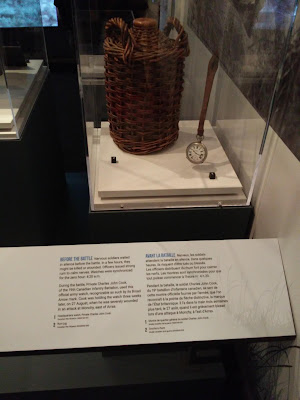 This also drew my attention. The First World War was the first time tanks were used in battle, and tank crews used leather helmets. This face mask was an addition to the helmets, protecting the eyes, nose, and mouth with goggles and chain mail. 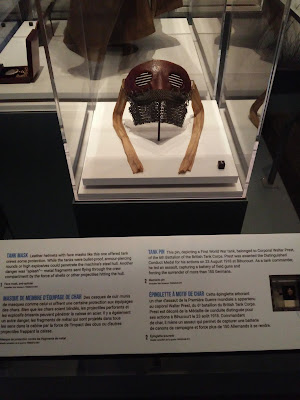 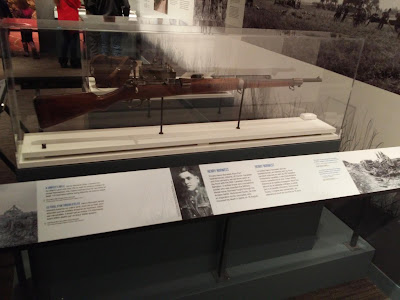 The Battle Of Amiens ended with an Allied victory and kicked off the Hundred Days campaign that brought the war to an end. Combined arms assault- the concept of coordinating infantry, artillery, tank, and air attacks- would ultimately prove to be key in ending the war after four years of generals throwing masses of men at enemy positions for little or no gain. At the end of each battle section in this exhibit, statistics of the battle were displayed. 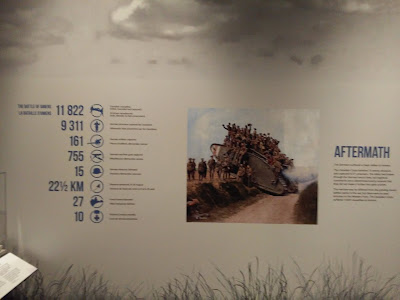 The next part of the exhibit concerned itself with the Battle of Arras. I'm leaving off today with this quote and display. Georges Vanier was a Quebecois major in the 22nd Batallion, the only all-French speaking infantry unit in the Canadian army at the time. On the 28th of August 1918, an exploding German shell cost him his right leg near the village of Cherisy. He won the Military Cross and the Distinguished Service Order for his courage and service throughout the war, and in 1959 he became the Governor General of Canada. 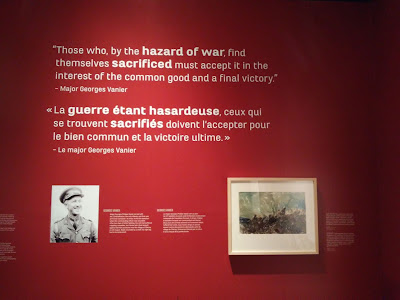