An Empty House Of Commons

This is the ceiling of the House of Commons lobby, adorned with Canadian symbols like the maple leaf or the fleur-de-lys, and symbols that represented cabinet ministeries at the time of the reconstruction of Centre Block. 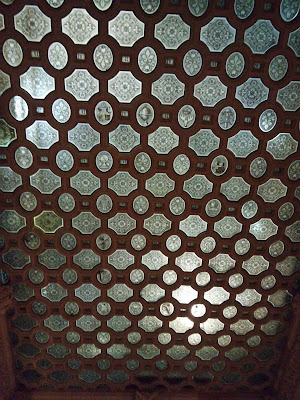 Another view looks up at some of the sculptures. 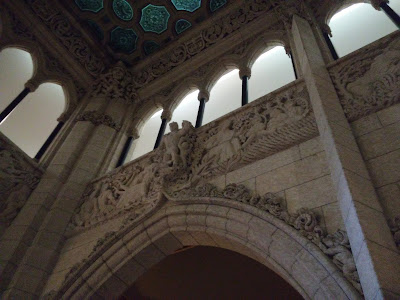 This is the carved inscription past the left doors into the House of Commons area. 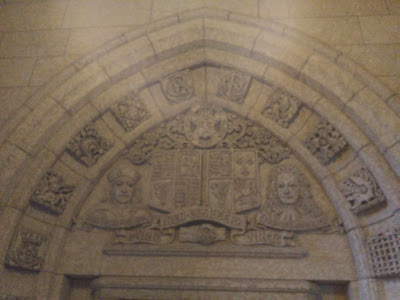 There is a lobby area between the foyer outside and the Commons itself. As there's not really enough room in the Commons for a tour group to stand, tours stay out here, but the glass wall is more than adequate to get good views inside. The governing party sits over on the left, the opposition parties here on the right, and the Speaker presides over things at the far end. Public galleries for viewing proceedings are up above. Taking its lead from the British example, the colour scheme in the Commons is green, while over in the Senate it is in red, a nod to the House of Lords at Westminster. 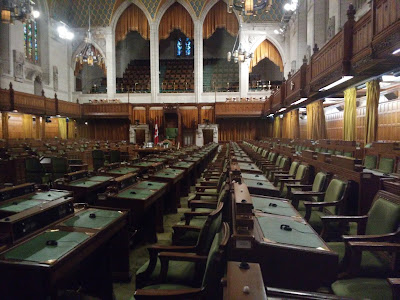 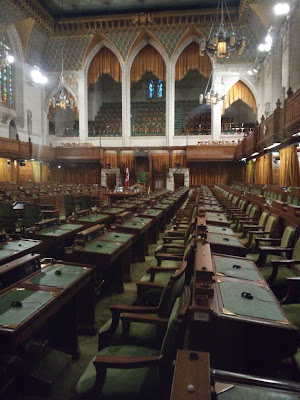 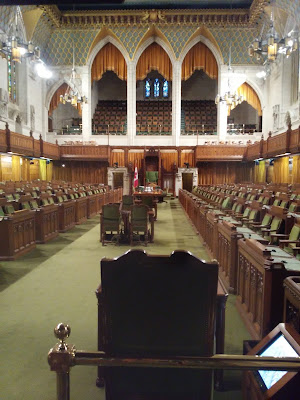 I photographed some of the stonework and glass at the top of this space looking in. 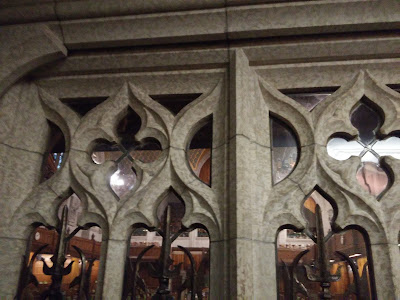 The tour led on, towards the Library of Parliament. Along the way I took the chance to photograph a couple of portraits of prime ministers that are down here. They are done after a prime minister has left office. This one is Lester Pearson, prime minister from 1963-68. 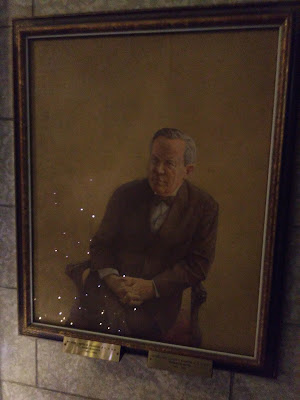 Kim Campbell was our first female prime minister, though spent considerably less time in the role, serving as Conservative PM from late June 1993 to early November. To be fair, she took on the job when her predecessor, Brian Mulroney, no doubt sensing electoral disaster, left the post in the final year of his second term. The fall election she called proved him right, as the Conservative party was nearly wiped out that time. 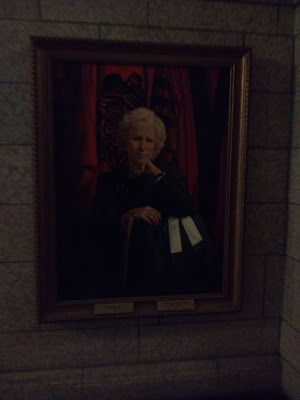 The path to the Library of Parliament goes down the length of the Hall of Honour. Sculptures can be found adorning the walls, and the arches of the ceiling are quite a sight. We'll pick up inside tomorrow. 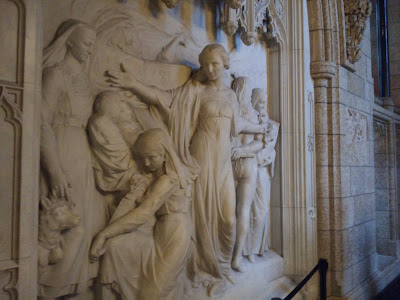 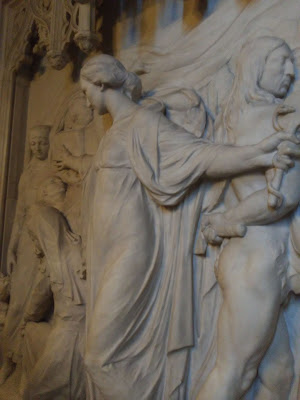 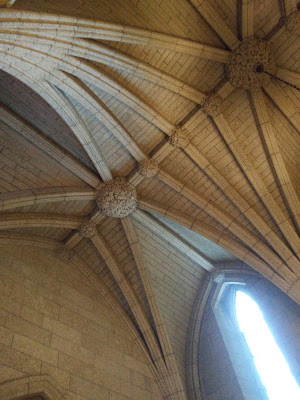 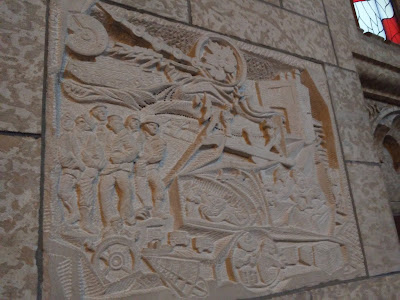