I have three different monuments today. On the 6th of December I made my way to Minto Park, where two of them stand. The Abused And Murdered Women Memorial stands here. On the 6th of December in 1989, the Ecole Polytechnique Massacre happened in Montreal- the murders of fourteen women and wounding of other people by a man who hated women and blamed them for the state of his life. Coming to this place on the anniversary feels fitting. Names of various murdered women are inscribed on some of the stones. 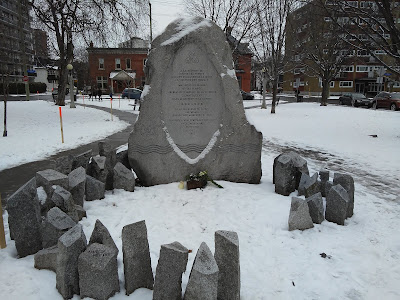 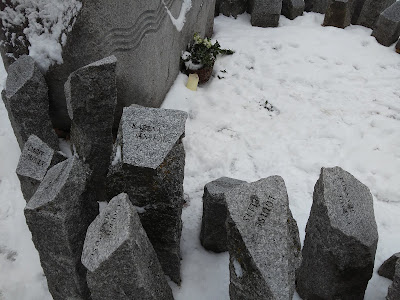 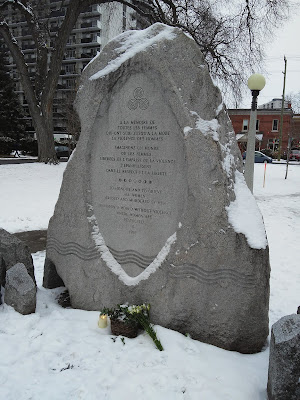 At the other end of the park is this oddity. General Jose de San Martin is a figure of Argentinian history. Their embassy presented a bust of the general to the city in 1973. 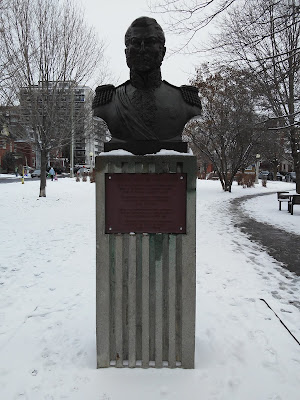 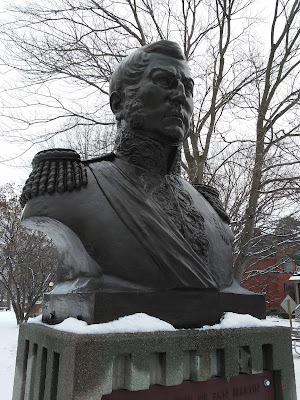 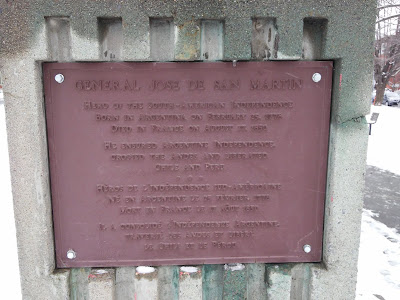 Some days later, and elsewhere downtown, I photographed another embassy gift. Simon Bolivar looms large in South American history. The embassy of Venezuela presented this statue of the statesman to the city in the 80s. Liberator of Columbia, Ecuador, Peru, Panama, and Venezuela, Bolivar was also the founder of Bolivia, and his name and statues of him are all over the world, in places he never saw, including here. 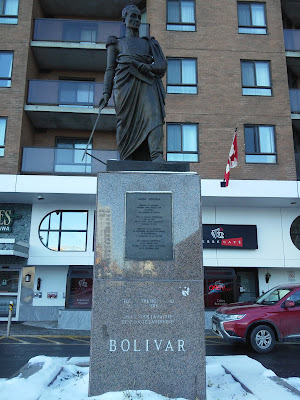 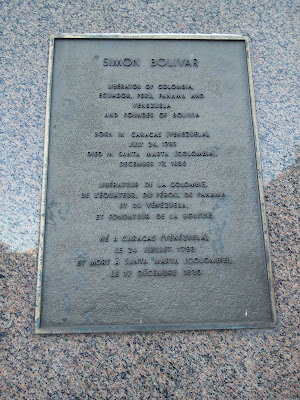 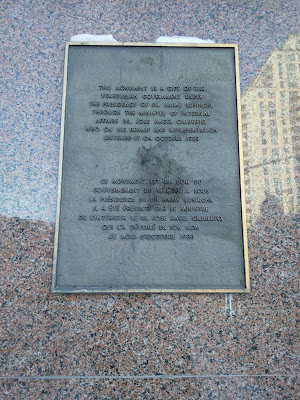 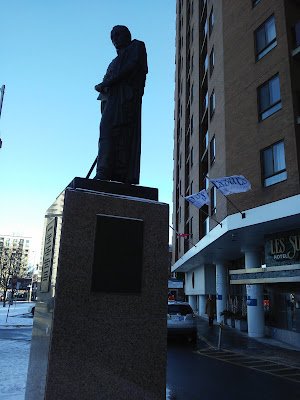 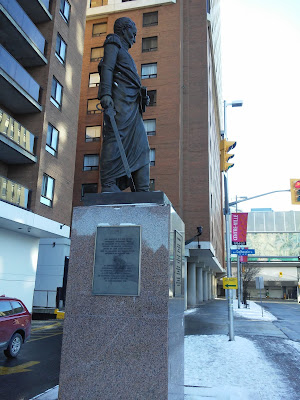