Exploring The Streets Of Gatineau

One day in mid-July I headed over to the Portage Bridge to photograph the view downstream from here, something I do regularly for a post I'll next have in September. I decided I'd head for the Chaudiere Falls, and to do so by going to it through Gatineau. And so I began a bit of a stroll on the Quebec side of the river. The Portage Bridge emerges into Gatineau at Place du Portage, a large complex of federal government office buildings constructed in the 1970s and 1980s. Note the difference in traffic lights in Quebec. 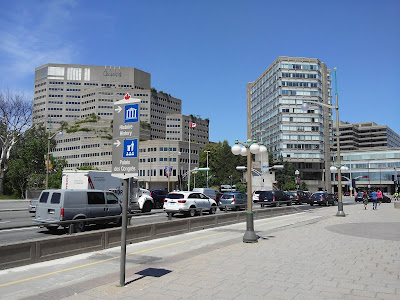 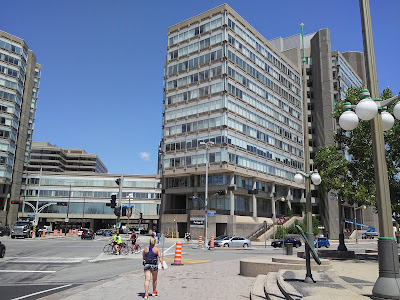 I've been in the Portage complex the odd time, and as this was a hot day, I decided to stop in at one of the stores inside for a drink. I paused to photograph this atrium. 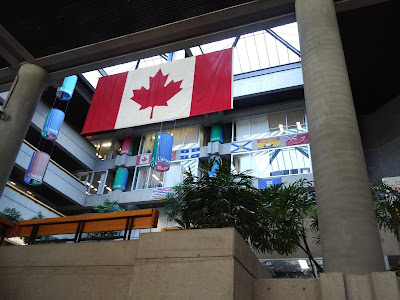 Leaving, I photographed this colourful wall. 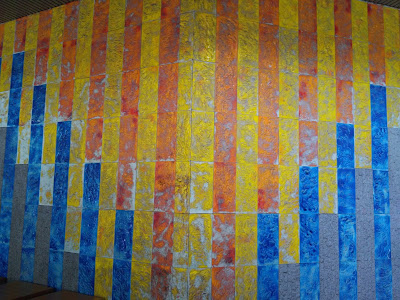 Here we have a street underpass amid the complex. I've been through here in a bus, but not on foot, and it's long enough to feel less like a bridge and more like a tunnel. 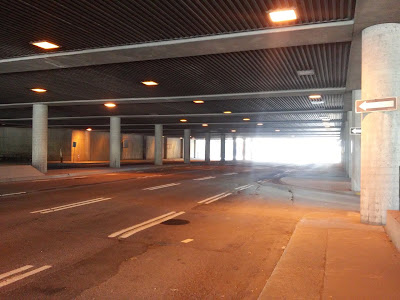 A side path gave me this view- the spires of Parliament Hill across the river. 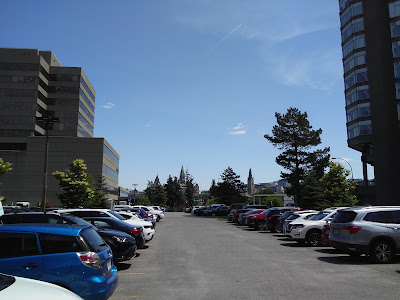 Eager to get on my way, I chose a route through streets I hadn't been in before, though I wasn't lost; I have a pretty good inner compass, and the high buildings of the Portage complex were always in sight. Homes and shops here are a bit over a century old, built after the Great Fire of 1900. The city has its roots going back to the first years of the 19th century, earlier than Ottawa, in fact. In recent years amalgamation of three cities- Alymer, Hull, and Gatineau- along with a couple of other municipalities resulted in the larger city of Gatineau, but for many years, most Canadians were familiar with seeing the city name Hull in their atlases coming up through school. The historic sector of Gatineau is actually east of here, on the east shore of the Gatineau River. Hull refers to the central sector. 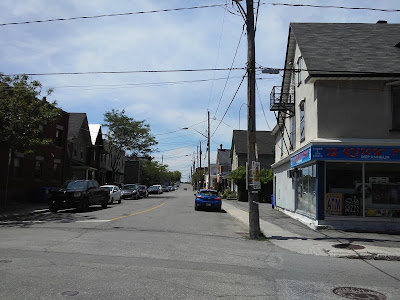 That mural caught my eye. The neighbourhood has several markings of a recent initiative- the Sentier Culturel, or Cultural Trail. 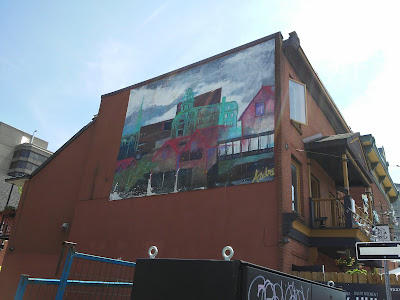 My path brought me to a pedestrian zone centred around a good many restaurants. The overhead decorations caught my eye. I diverted into this area. We'll pick up here tomorrow. 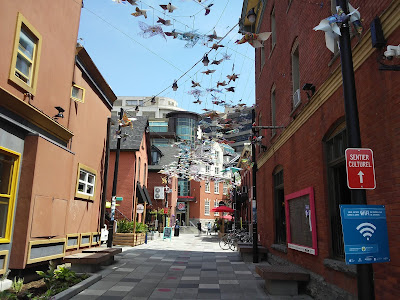 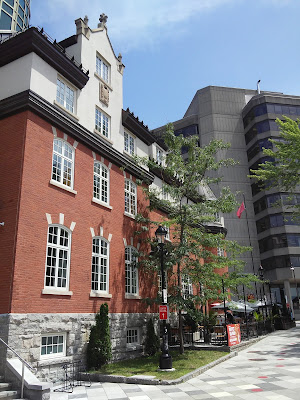