The History Of The City

The former Loretto Convent stands atop Catholic Hill, beside the Basilica Of Our Lady of the Immaculate Conception. Today it is the present home to the Guelph Civic Museum, a local history museum that tells the story of the city over time. 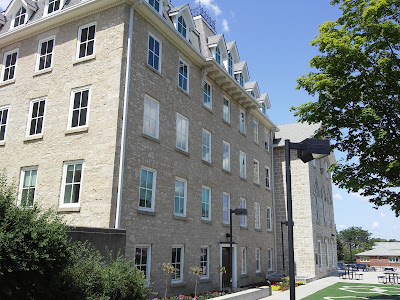 For me this is a familiar sight. The sculptor Ruth Abernethy made two sculptures of John McCrae, the soldier and poet whose background was here in Guelph. One of them stands here. Its twin is on Green Island in Ottawa, and I often see it when I go up to New Edinburgh. 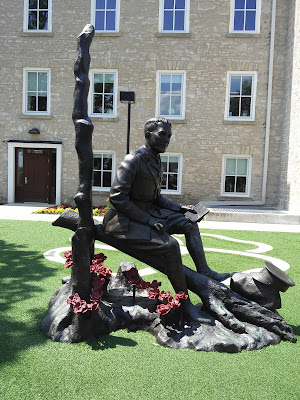 One of the rooms inside featured exhibits on the Guelph Mercury, a longtime local newspaper that in recent years ceased print publication and which exists today only as a website. This lion was once at the offices of the paper. 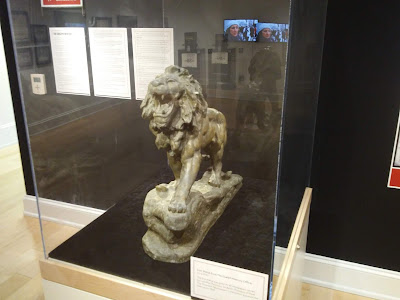 Here we have a typeset for a page from an edition years ago. Everything in this case is seen flipped from the printed page. 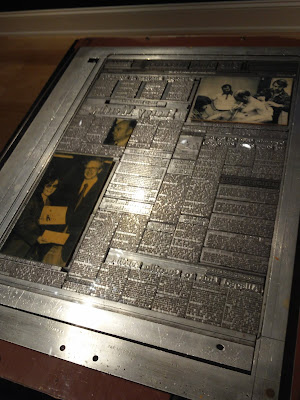 A couple of the paper's preserved first pages (there were more upstairs). The first is a local story of a massive fire in Guelph. The second marks the beginning of what would be the Great Depression. 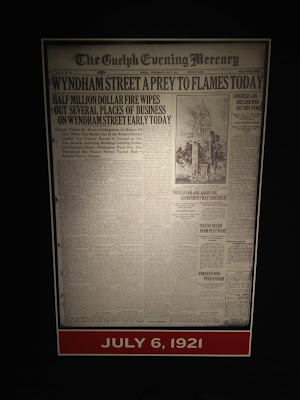 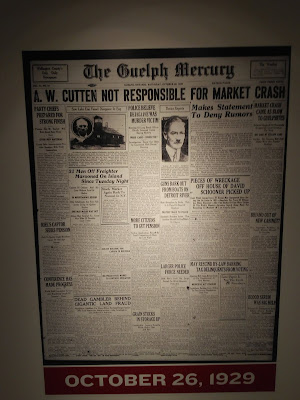 A cabinet of local items includes a hockey jersey for the Storm, the OHL team. It's one worn around Remembrance Day, as McCrae's face and poem In Flanders Fields are inscribed on it. 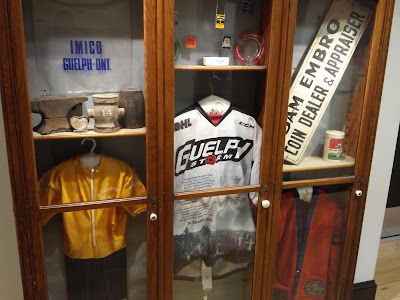 The Loretto Convent housed schooling facilities for girls, while the hilltop also featured the same for boys. Eventually the student body outgrew the facilities and new Catholic schools were built. For a time the convent would go unoccupied until the museum came in. 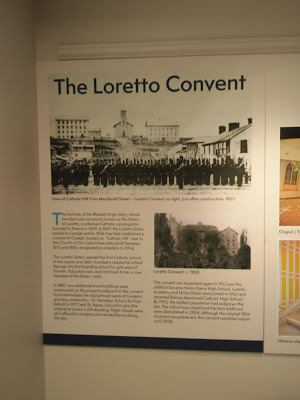 The renovation process was quite a transformation. 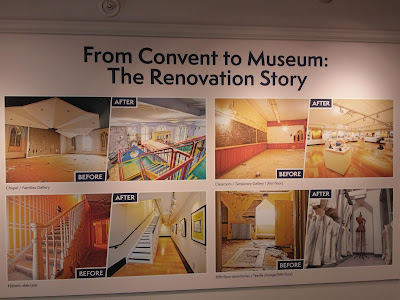 We headed up a staircase. The area below here is a children's activity area. 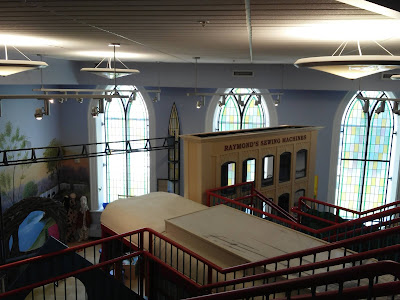 The settlement and development of the city occupied panels here. 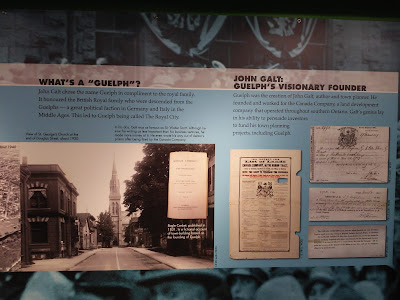 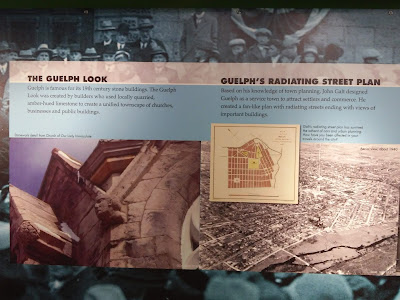 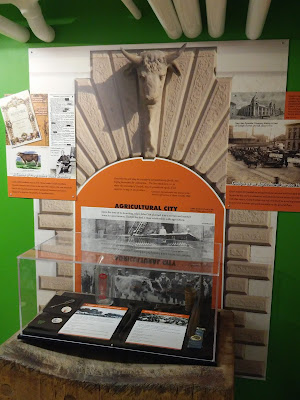