Changing Seasonal Views Within One Perspective

Once a month I come to an overlook at the start of the Alexandra Bridge where it crosses the Ottawa River to Gatineau. I come to document the changing seasons in a view towards the Chateau Laurier, Rideau Canal, and Parliament Hill. To begin, here is the view at twilight one day in the middle of last September when I was returning from a visit to the Canadian Museum of History in Gatineau. 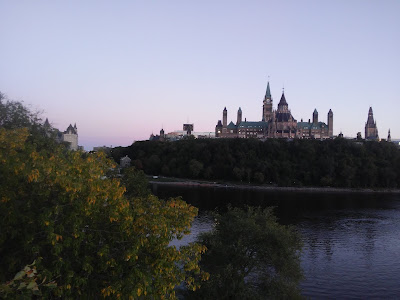 And then here is the view about a month later, with fall colours during the day. 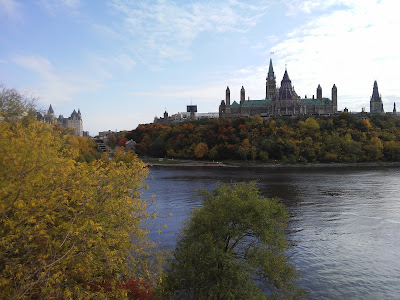 In the first part of November, most of the leaves were gone. 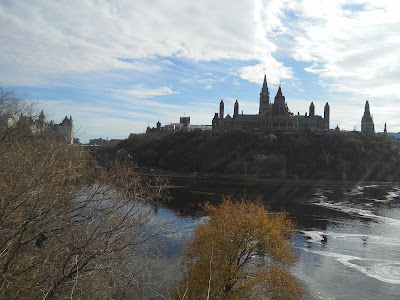 A month later, on a cold December day, I took this shot. 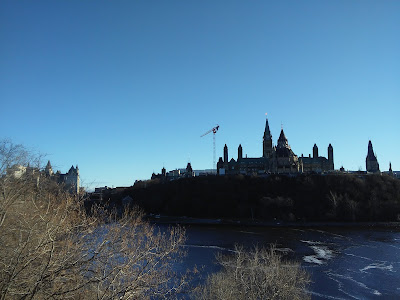 By early January, the river was freezing up below the Hill. 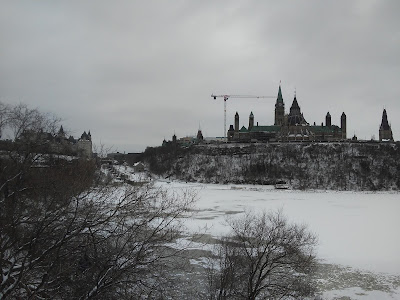 In early February, I was back on a snowy day. 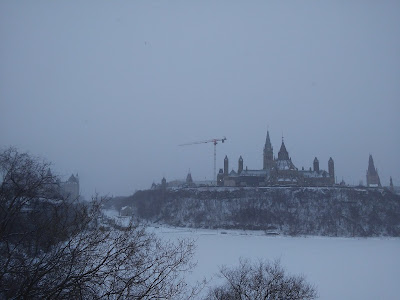 Here it was in early March on a brighter day. 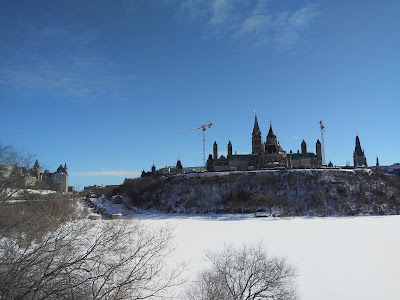 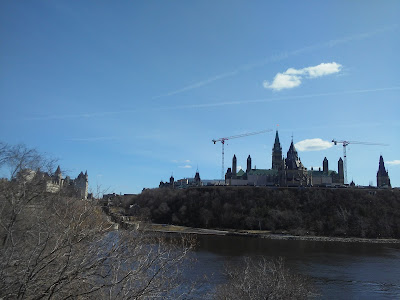 And finally, a view from early this month with spring taking hold. 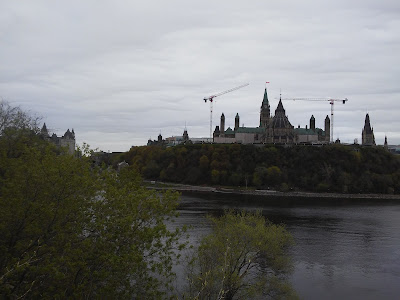