I have some odds and ends from various occasions in the last few weeks. In the second half of December I went out to Nepean on errands. This sculpture caught my eye, outside the entrance of a building that serves as headquarters for Scouts Canada. 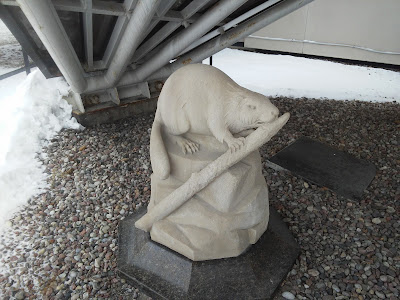 On another December evening I took this shot of Abbotsford House in the Glebe. Originally a 19th century farmhouse, today it is a senior's centre, with a retirement home to one side and a nursing home to the other. 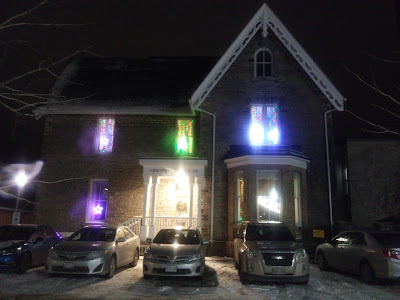 Late in December I went out to Orleans, the furthest east of the city's urban areas, and once a city in its own right before amalgamation. St. Joseph d'Orleans is a Catholic parish church. 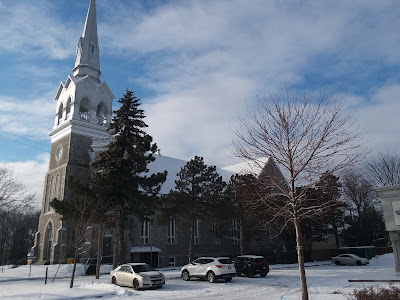 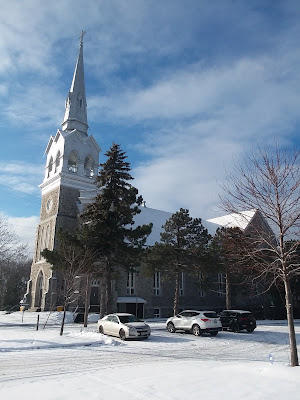 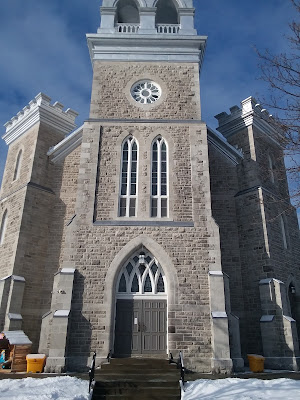 And on another late December day downtown, I photographed this, which some of you may remember from its previous location. 12 Points In A Classical Balance is a 1982 sculpture by Chung Hung of British Columbia. This large sculpture resided for many years in the Garden of the Provinces and Territories, which lies below its current location in parkland that has a view towards the Ottawa River. It was moved up here a couple of years back as part of a measure to build a new memorial down in the Garden. 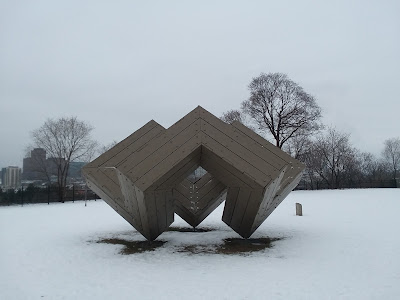 My last photograph taken in 2021. I was at Lansdowne Park on a snowy evening and wrote this in the snow on a retaining wall by the stadium. 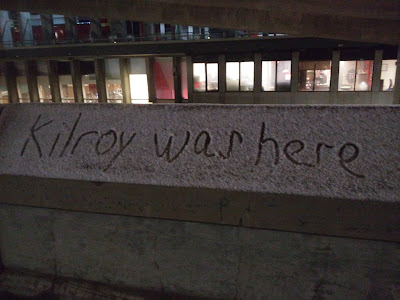 An early January day was a snowy one when I took this photograph of the Supreme Court. 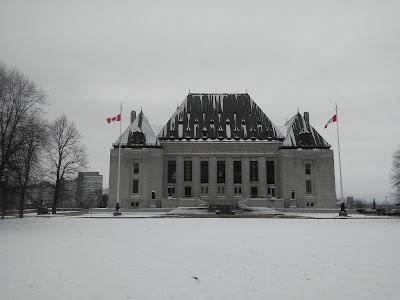 And across the street from the Court is St. Andrew's Presbyterian Church. 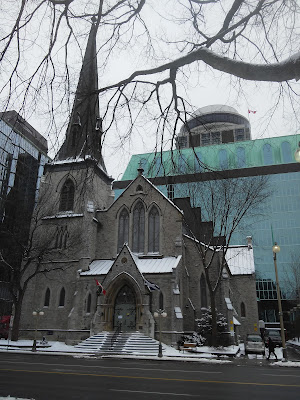 During my series on the War Museum I made mention of the Gouzenko Affair and how it was one of the triggers of the Cold War. The defection of cipher clerk Igor Gouzenko from the Soviet embassy here with proof that the Soviets were spying on their Western allies is commemorated in Dundonald Park in Centretown, where two plaques stand across from the building where he lived at the time with his wife and first child. I had to brush the snow off the first of them when I took these two shots in late January. 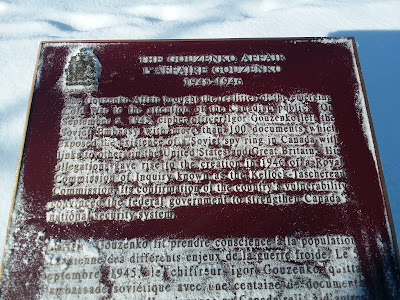 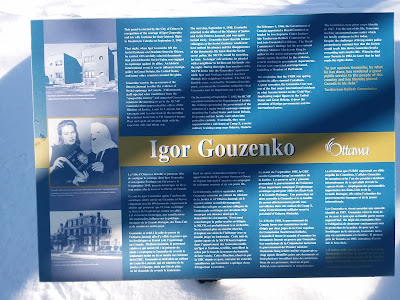