The Windmill In Riverside Park

For those who might have wondered about my absence at certain Facebook groups like City Daily Photo or City Photographers, or why I haven't acknowledged your birthday wishes the other day, let's just say I'm quite annoyed with Facebook right now, and as of last evening, I was still under an unwarranted suspension that was supposed to end last Friday. I'm on a bit of a rant about the matter in my writer's blog today, so the details can be found there.

I have something else from Guelph that some of my long term readers might remember, but newcomers haven't seen before. This windmill is set in Riverside Park along the Speed River, which you can make out at the left. There is a large Dutch population in southern Ontario, many of them having had immigrated after the Second World War. You can see their markers in windmills like this, or Dutch stores to be found in many towns and cities. Guelph has one of those shops downtown. My grandparents shopped there when they lived near this park. My father, now living in the same retirement home as they did, sees this windmill often, and drops by the shop for, among other things, those awful black licorices that for some strange reason seem very popular among Dutch Canadians. 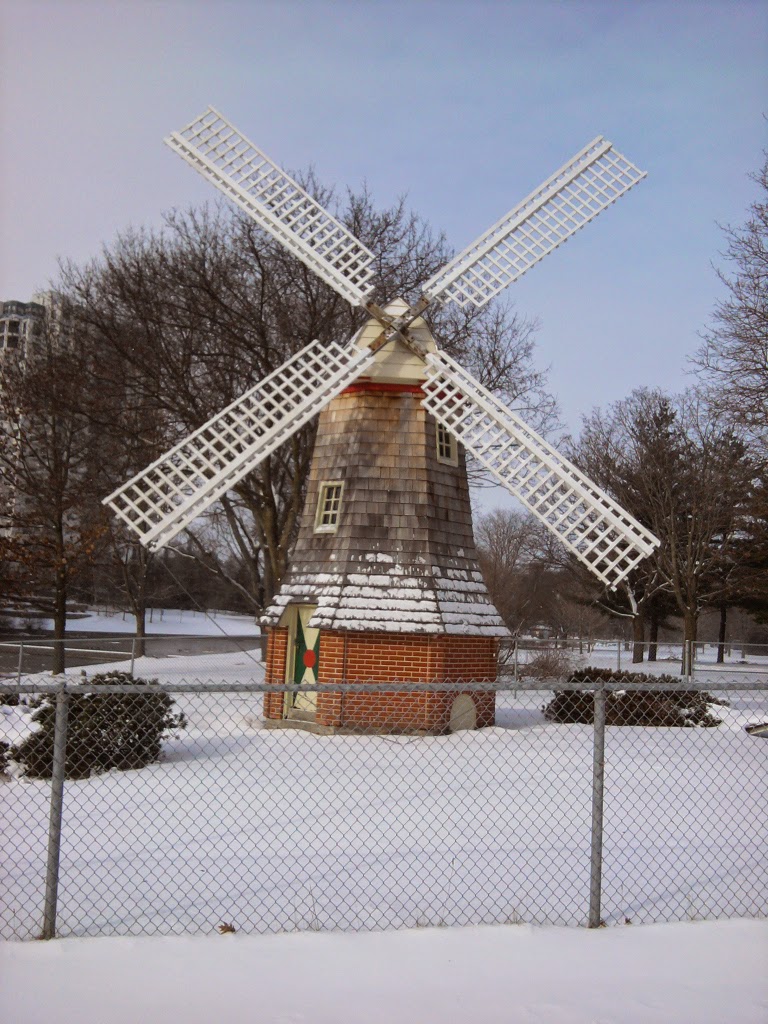 I'm perfectly content with the spiced Gouda cheese. I've tasted one of those licorices, and one was too many.