A week ago this morning, residents of the Glebe neighbourhood were waking up to the destruction of several businesses in the area. Late the previous evening, fire broke out in this building, originating in a newly opened coffee shop. It took several hours of work by local fire crews to put the blaze down. Fortunately no one died, with only one injury sustained by someone passing by at the time, hit by glass, and the damage was contained to this structure. Investigators have determined it is a case of arson. When I took this photograph, firefighters and police officers were working the scene beyond the barricade.

The businesses were half franchises and half independent shops. The destruction was significant, and it will take months for a rebuild on this place. One business, a hair salon, had been in business for more than thirty years. Coming through here a week ago, I could smell the scent a long way away. As of yesterday, the smell of smoke and ash still lingered as I passed by. 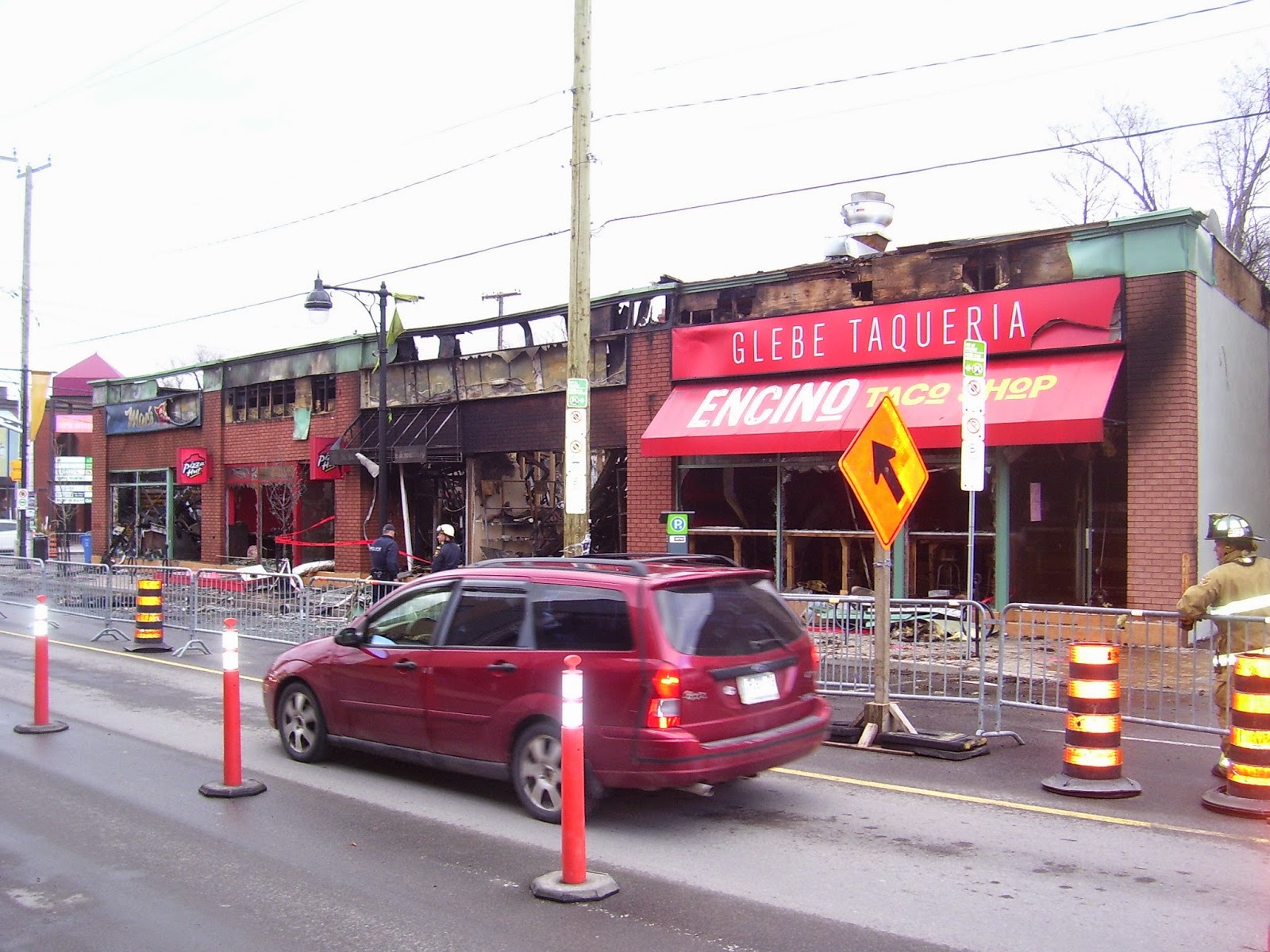