Yesterday saw a bitterly cold bone chilling rain here in Ottawa. I came up to Parliament Hill to take several shots of the newest monument on the Hill. It was cold enough that I decided to leave it at one shot and come back on a more pleasant day.

This is the War of 1812 Monument, the first (and I hope the last) military sculpture on the Hill, commemorating that war of two centuries ago. It is by itself a striking and well rendered monument, but its placement is what I have an issue with- it would be better placed in Confederation Park, where there are several military monuments. Sculptures on the Hill have traditionally been of political figures, but the Harper regime seems hellbent on inflicting its narrow version of history on the country. Yet another reason why the Dark Lord needs to have his worthless hindquarters drummed out of office.

Anyway, political rant over (for now). The monument itself features servicemen and civilians of the war against those Yankees (yes, my American readers, your forefathers... and by the way, our side won), and is set by the East Block, with a view of the National War Memorial across Wellington Street. 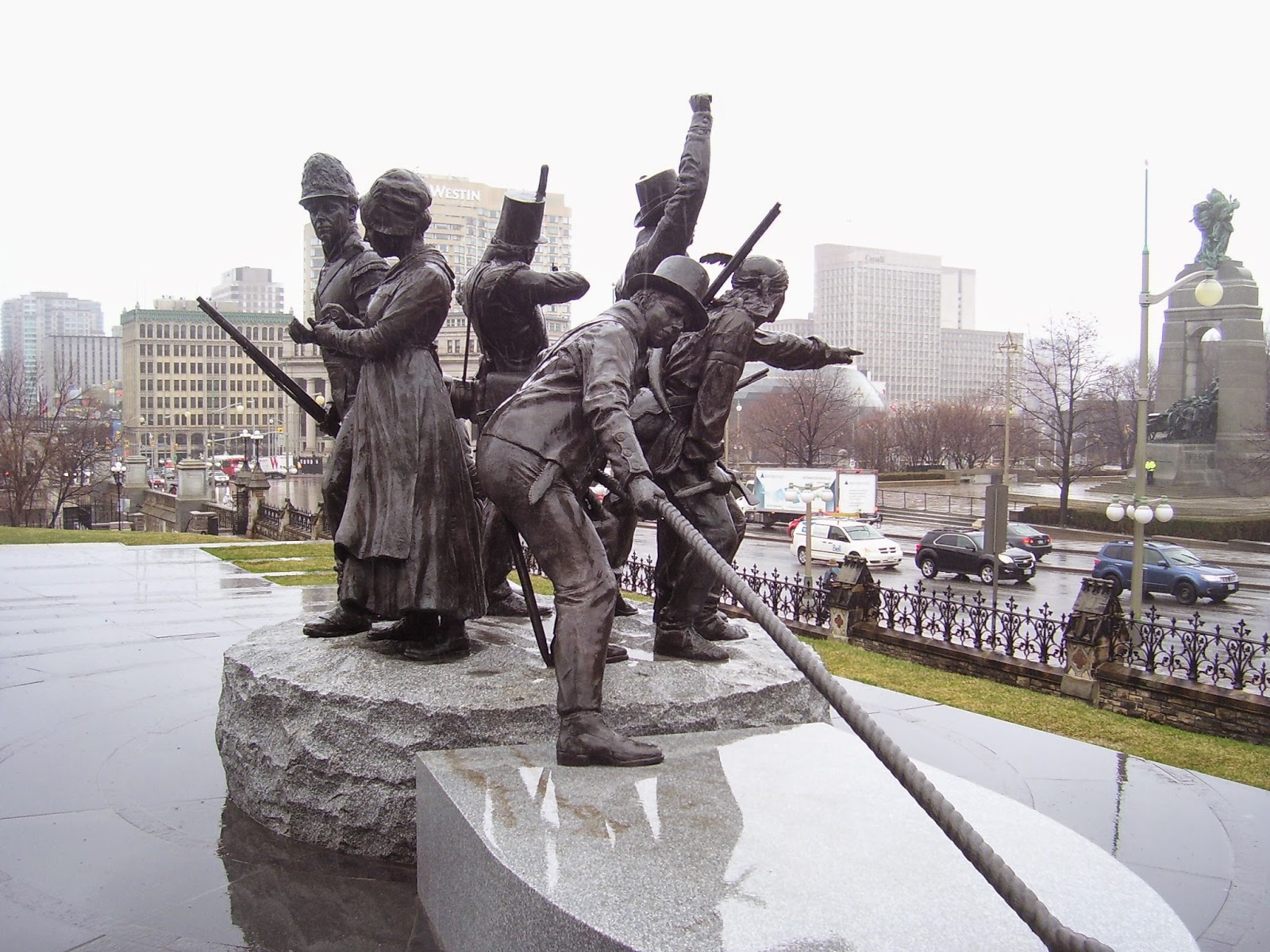