Home Of A Prime Minister

Earnscliffe is quite a place to visit. While the work of the High Commission is done at the offices downtown, this is a peaceful place for the head of the British delegation and the family. Interior visits were allowed, though photography was confined to the exterior, but the exterior alone was well worth it. 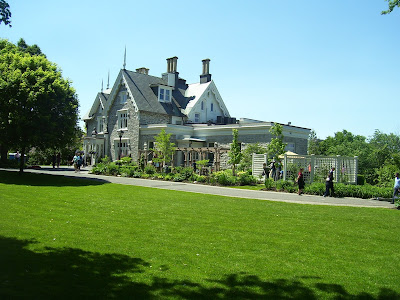 This statue in the garden drew my attention. 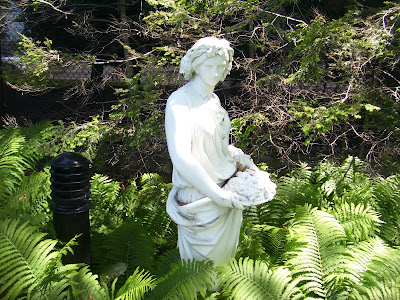 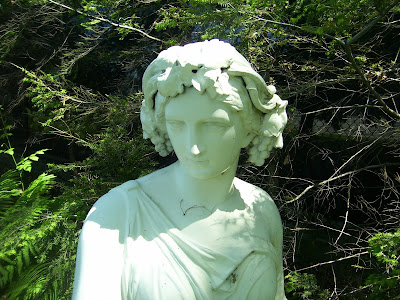 As well as the view of the Ottawa River and Gatineau. It would have been different back in the day when Prime Minister Macdonald lived here. The city on the Quebec side was known as Hull for most of its existence, until amalgamation several years ago of three cities into one. The Macdonald-Cartier Bridge can be glimpsed at the left; I showed it to you the other day in the Rowing Club posts. 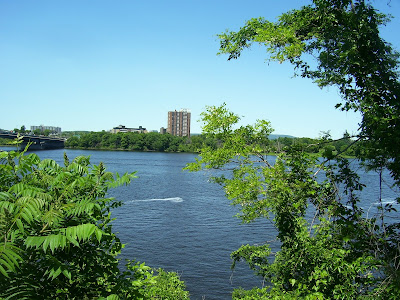 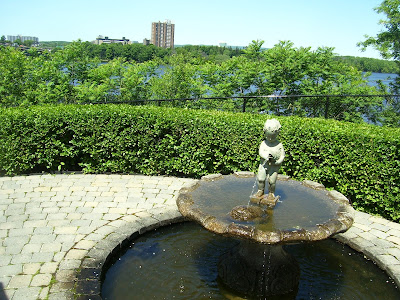