Inside The Supreme Court

The entrance hall of the Supreme Court is grand, very fitting in terms of the architectural style. The building might be large, but there's no sense of space wasted- courtrooms, offices for the judges, their staff, and a law library occupy the building. 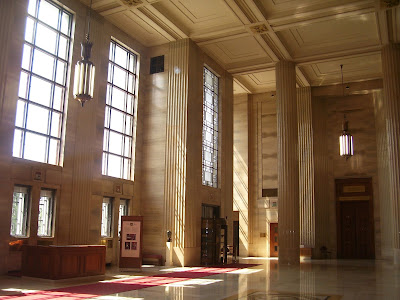 The busts of several chief justices can be found here; Antonio Lamer and Brian Dickson are these two examples. 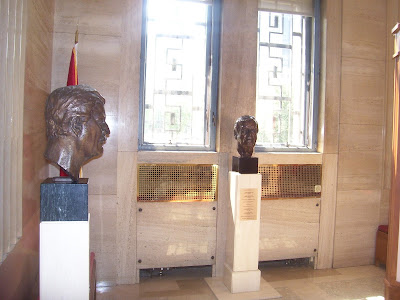 Nearby is this bust of John Cartwright. 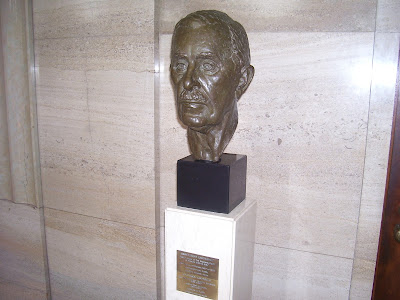 Chief Justice Lyman Duff's bust stands alongside a display case with a judge's robe. These are ceremonial robes only; the usual working attire features a black robe. 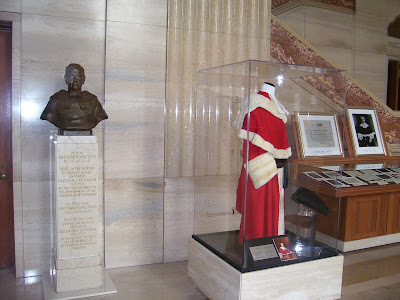 One bust in this space not featuring a Supreme Court judge is this one- the sculptor Walter Allward, whose statues grace the entrance. 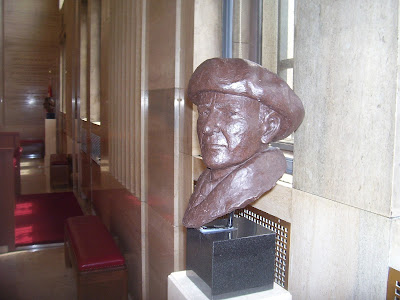 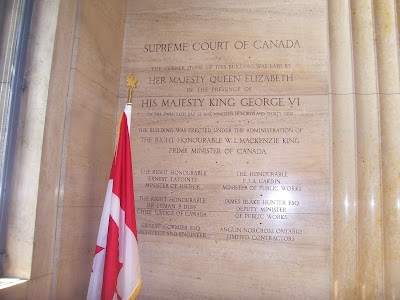 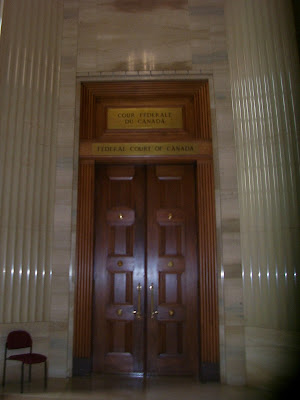