Today's post features the tulips around the National War Memorial. This first shot, taken shortly before five in the afternoon, has visitors on site and the sentries at their posts near the end of their day. Sentries are relieved every hour, and at five PM, the guard is dismissed for the day. Military police or city police are on site during the guard hours, and the van had come into place to remove some of the items around the Tomb of the Unknown Soldier for the night, such as the rope barriers establishing a perimeter for the sentries. I took this shot a week ago on Monday when Tom and Janette were in town. This area, centred on the Memorial and ringed by Parliament Hill, the Chateau Laurier, the National Arts Centre, and the Chambers, is referred to as Confederation Square, and a few months back a writer in one of our papers suggested that it is the Canadian equivalent of Trafalgar Square. I think they were right. 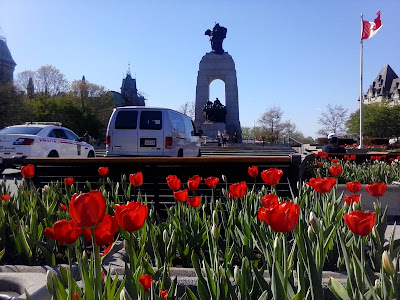 A couple of evenings later, I came back. The National Arts Centre stands across from the War Memorial, and its glass tower was lit up for the evening. Tulips in planters were positioned on the traffic island dividing Elgin Street here. 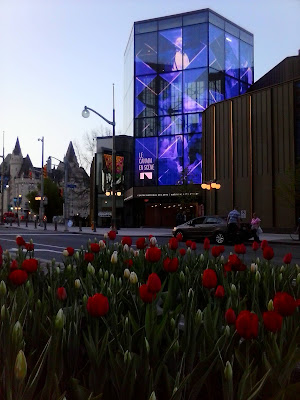 Here are some of the planters on the terrace leading up to the War Memorial, also taken that evening. 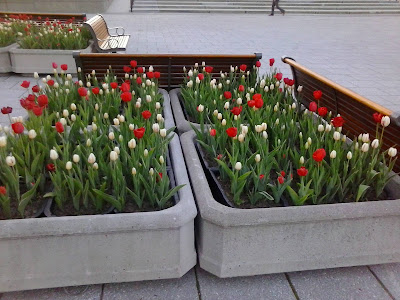 Another angle looks back at the NAC. 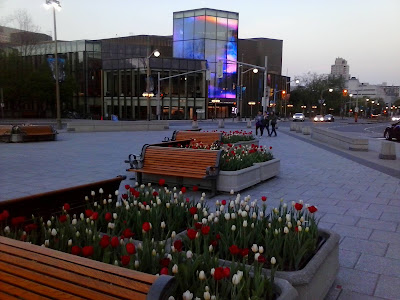 And this angle looks from the rear of the War Memorial. Aside from tulips in those planters, the tulips line the flowerbeds around the Memorial terrace, such as you see here. 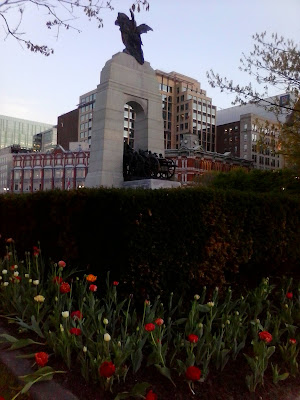 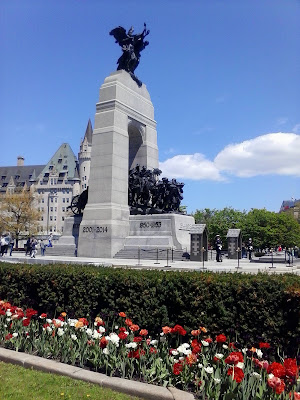 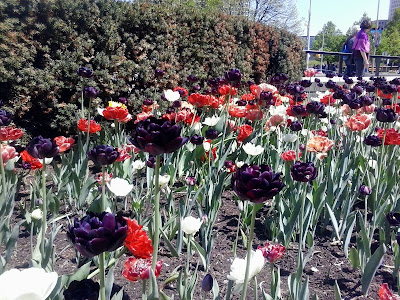 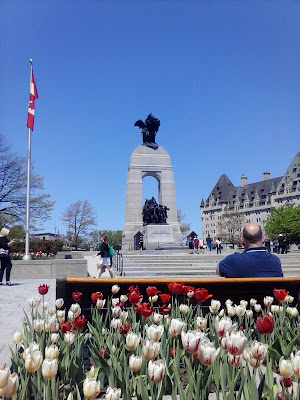 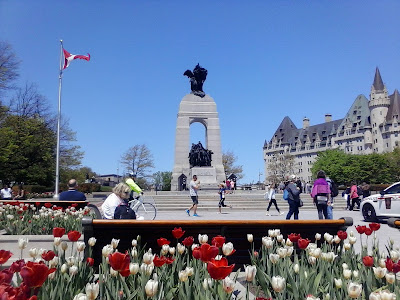 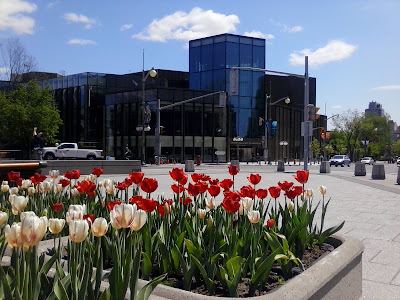