A few days ago, I went over to Gatineau to pay a visit to the Canadian Museum of History (formerly the Museum of Civilization). While one of the temporary exhibit halls was closed as a new exhibit is being installed, another one is presenting the exhibit Death In The Ice, an extensive history of the doomed Franklin Expedition, sent to find the Northwest Passage. Check out the story of the Franklin Expedition at the exhibition link and The Canadian Encyclopedia entry. 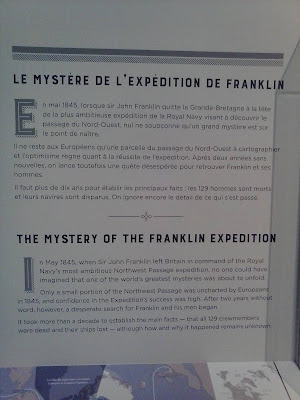 Since the expedition led by Sir John Franklin vanished in the 1840s with 129 men, their fate has been a mystery. Expeditions searched for them in the years afterwards. Bodies and other clues were uncovered. The local Inuit, whose oral histories indicated they knew quite well about the ships and the fates of their crews, were largely ignored until more recent searches. Several years ago, the wrecks of the two ships, the H.M.S. Erebus and the H.M.S. Terror, were located in Canadian Arctic waters. The exhibition features artifacts of the ships, plus items common to British navy ships of the era, as well as artifacts of the North and of the search efforts to uncover the fate of the expedition. It is a collaborative exhibition between this museum and Britain's National Maritime Museum.

This is a remnant of the wheel for the Erebus. 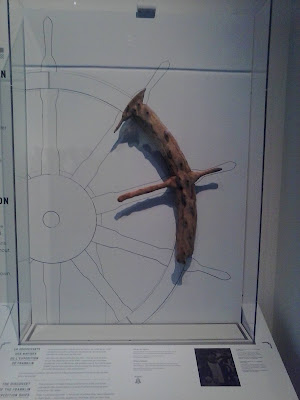 Here we have weapons that would have been common in the High Arctic at the time. Franklin and his men ventured into an area that was sparsely populated and unforgiving, and found themselves trapped in the ice. The area where the expedition met its end was referred to as Tununqiq in Inuit, one of the display signs suggesting that translates to the back of beyond, and rarely visited at that time. Those Inuit in the area had oral stories of meeting other Englishmen three hundred years earlier- the expedition under Martin Frobisher. 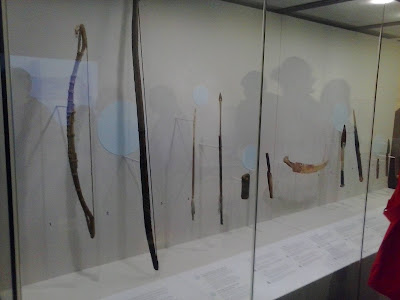 A long kayak was found here as well, typically used in the straits of the high Arctic, sealskin over a wood frame. 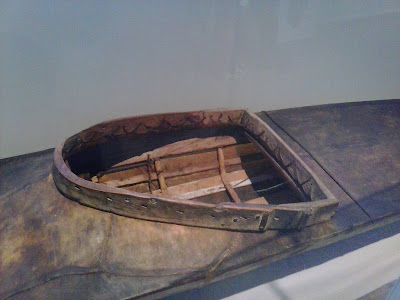 This is an Inuit carving depicting a European ship. Details such as the hat on the sailor suggests it dates to the 1500s -1600s, and it was recovered from an archaeological site on Baffin Island, at a place called Amadjuak Bay. 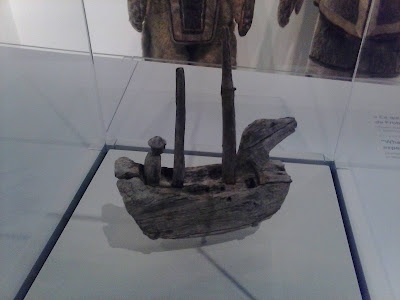 Two figures in sealskin clothing are a nod to the Inuit peoples the expedition might have encountered while pushing into the high Arctic. 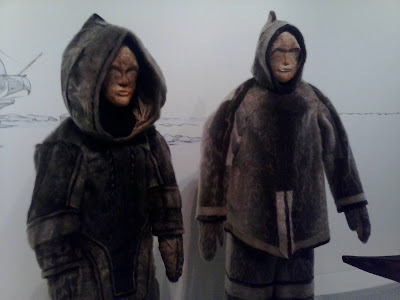 This case contained dinner service tableware from the Terror, from earlier in its career. The ship had seen service during the War of 1812, and its captain at the time, John Sheridan, had this set commissioned for he and his officers. 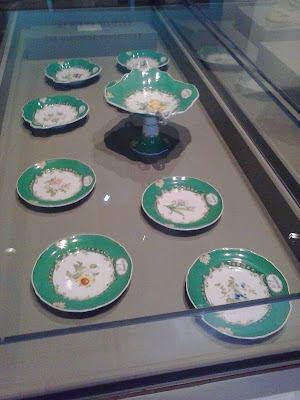 Two models of the ships are below. Erebus is the first, while Terror follows. 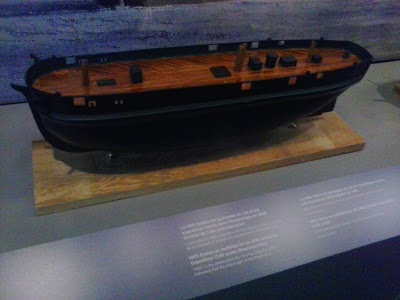 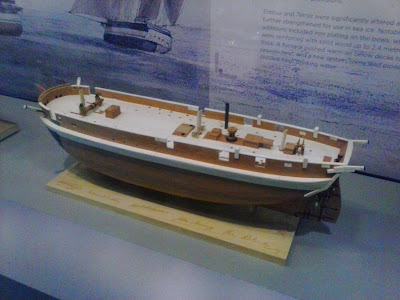 Replica notes and a message canister are in this display case. Franklin's expedition was equipped with 200 of these metal canisters, meant to seal notes and be tossed overboard "frequently" after the ships passed north of the 65th Latitude. Finders were to forward the canisters to the Admiralty in London. The notes replicated here are the contents of a canister left on King William Island. 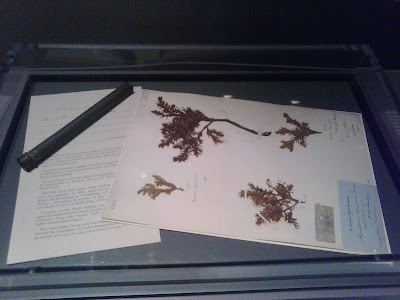 Items for navigation, cartography, and other scientific endeavours were on display. 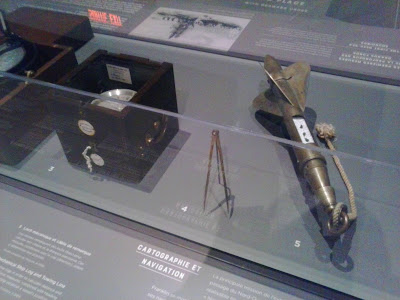 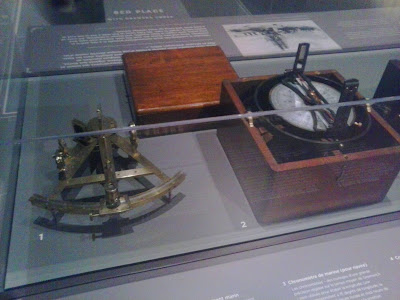 They included a microscope and an item called a dip circle, which responds to changes in the magnetic field and was used to record magnetic observations throughout the voyage. I have more from here tomorrow. 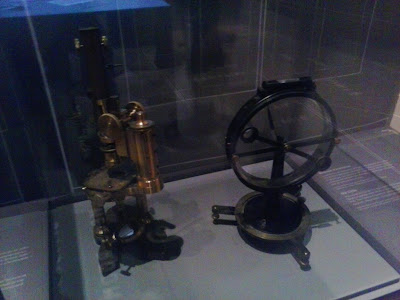