Lansdowne Park And The Canal

I went down to Lansdowne Park down in the Glebe on the last Sunday morning of the Tulip Festival to stop by the farmers market. Tulip sculptures were present. 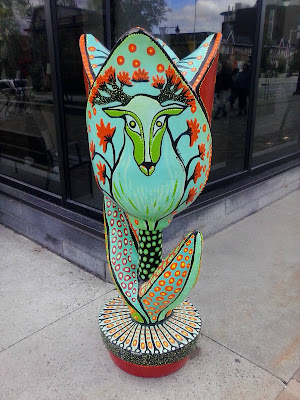 In the case of this pair, they have the Aberdeen Pavilion in the background. 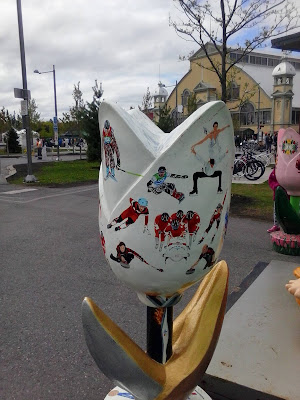 I decided to head back downtown via the paths of the Rideau Canal and check out some of the tulip beds along the parkway. This one, which features a sculpture that was put up at the time of the Calgary Winter Olympics, is near the entrance to Lansdowne Park. The Canal can be seen beyond the parkway. 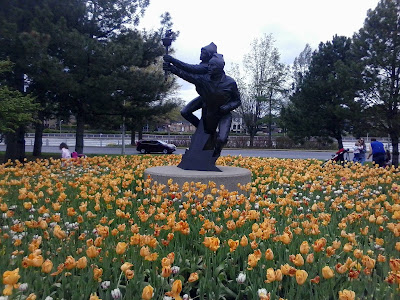 Looking at it from the other side gives a view of the Aberdeen Pavilion again. 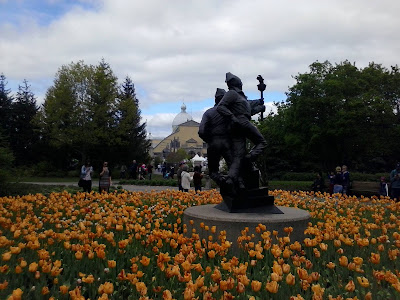 A nearby tulip bed and trees in blossom made a good shot. 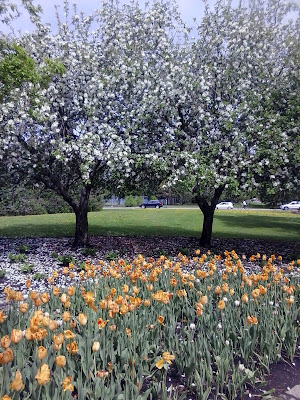 Then I carried on, following the Canal along the bike paths as it wound its way downtown. Tulip beds could be found along the way. 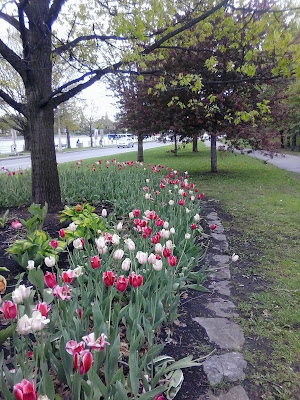 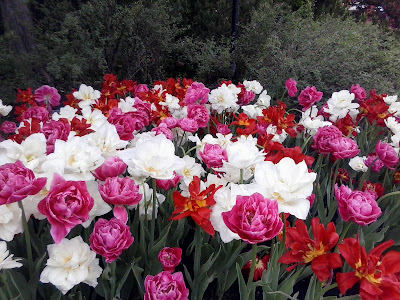 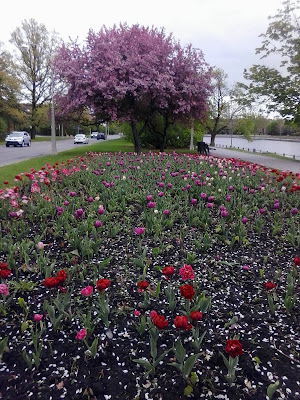 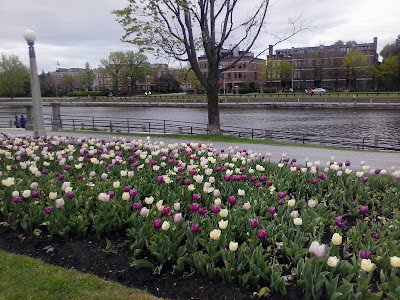 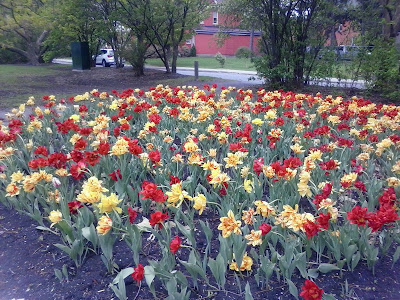 Leaving the Canal, I backtracked a bit to the Canadian Museum of Nature, which always has a couple of tulip beds near its main entrance during the festival. I will be back into this series, as I have several more tulip posts yet to come, but tomorrow is the theme day, so that's interrupting this for the moment. 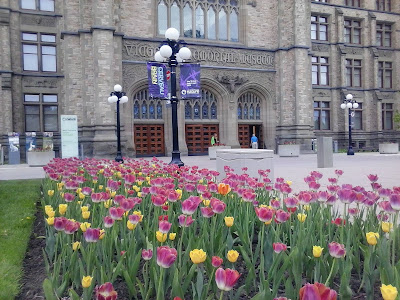