The National Holocaust Monument was opened last year in the Lebreton Flats area, situated between the War Museum and the Canadian Firefighters Memorial. The first time I visited the monument was in the evening, which I think was fitting- it seems even more solemn by night. I have shown you it by day here and here, but I wanted to show it in evening conditions. The Monument was designed by the architect Daniel Libeskind, as a stylized Star of David from above, done with concrete angles in his signature style. Historian Doris Bergen and landscape architect Claude Cormier worked with Libeskind in the project on the historical panels and the surrounding shrubberies and plants. And photographer Edward Burtynsky contributed several current day images of Holocaust sites on a large scale, etched onto the walls. This view is from the entrance on the west side. 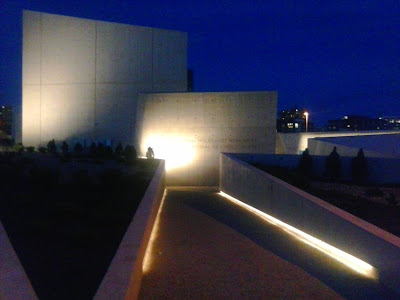 This is one of the Burtynsky photographs. Site Of Death March shows a country road near Mauthausen, Austria, as it appears today. Towards the end of the war, death marches were initiated by the Nazis as a measure to hide their crimes. Twenty thousand sick and weakened Jewish prisoners were taken along this road from the death camps into places still held by the German military. Those who couldn't keep up were shot and left in the ditches. 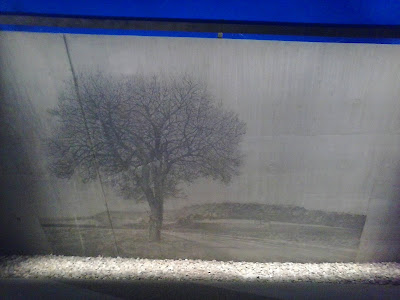 This large one on the wall, shown from two angles, is titled Abandoned Railbed. It shows the old railbed at Treblinka, where 900 000 Jews and thousands of Roma and Sinti were gassed to death. Decades later, the forest is moving in on the former railbed. 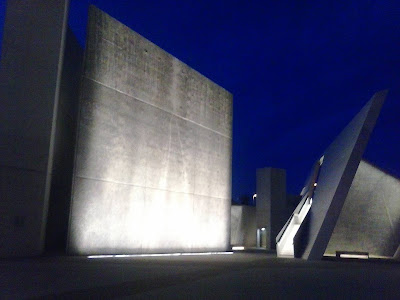 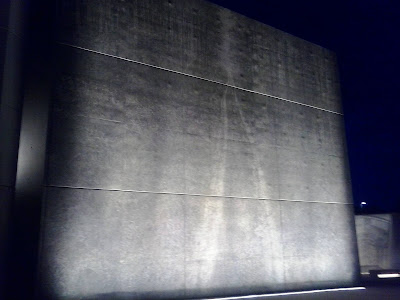 Across from it is another photograph etched on the wall. Fence, Auschwitz-Birkenau depicts the preserved barriers of the death camp. 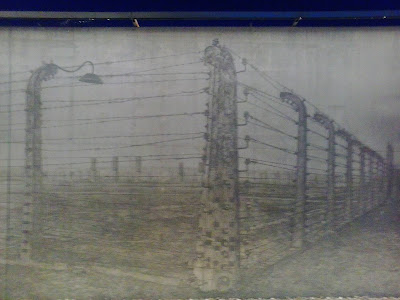 Turning to the left gives a view of this photograph, on a section between sharp angles. Track 17 as it appears today shows the Berlin freight yard where many Jews and other persecuted peoples were put on the trains to death camps and the ghettos. 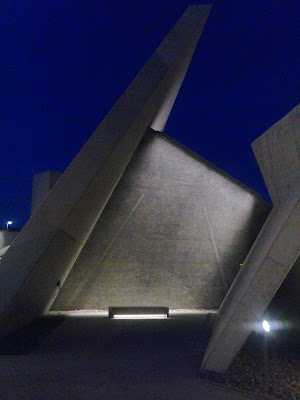 Turning back around, this perspective gives us the historical panels on the left, across from Site Of Death March. 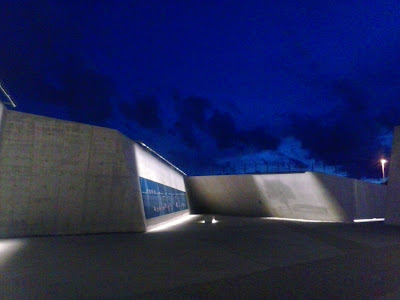 Hiding Place depicts a Jewish cemetery in Warsaw, outside the walls of the ghetto. A trench beneath the tombstones became a hiding spot for Jewish prisoners. 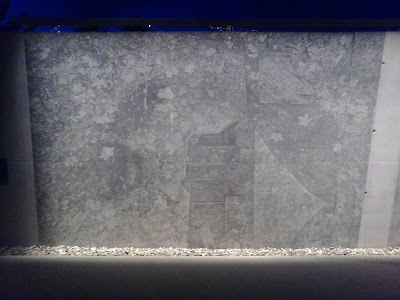 Prayer Room is the last of these large scale etched photographs by Burtynsky. Found in Theresienstadt in what is today the Czech Republic, it was created in the midst of the camp-ghetto conditions as a place of prayer and devotion, and has been preserved. 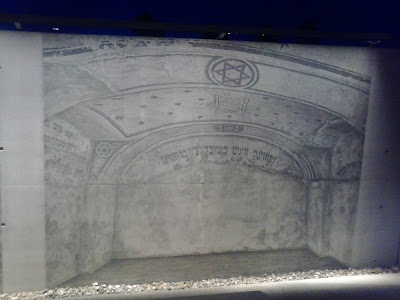 A staircase leads up to an overlook that ends pointing towards Parliament Hill. Turning around, I photographed the structure. Two other visitors are visible up here. 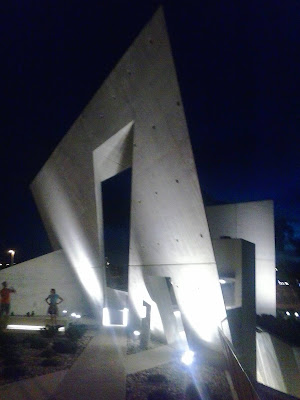 And I finish with this view of the east side of the Monument. 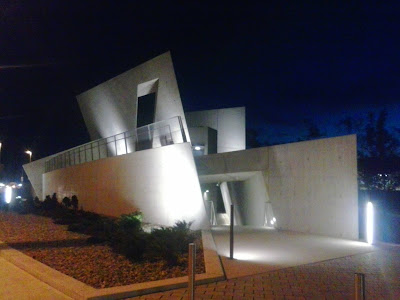