A reminder to members of City Daily Photo that the theme for December 1st is Rainbow.

One of the first things one sees in this exhibit on Highland Warriors are these large photographs of effigies on graves in Iona Abbey, thought to date to the 14th or 15th century. 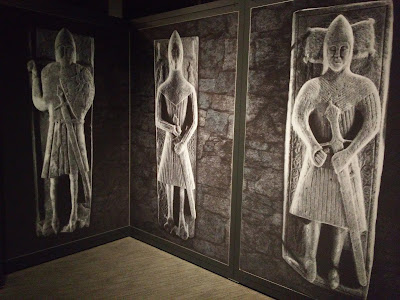 The double handled sword, also called a claymore, was a favoured one in the Highlands from the 16th to 17th centuries, as well as having a ceremonial importance for clan chieftains. The blade dates to around 1503, while the pommel and grip are later restorations. 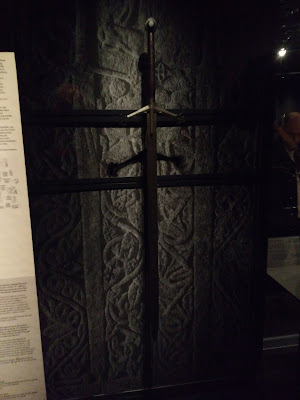 Throughout this exhibit, panels explained elements of the history of Highland Warriors, evolving out of the clan into the contemporary idea of the Highland regiment, which is seen in numerous countries. 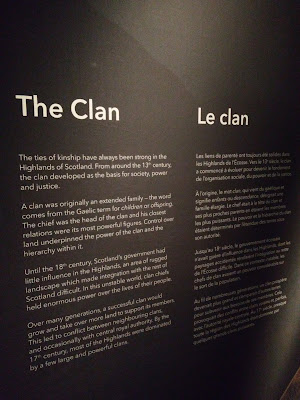 A view of Scotland. 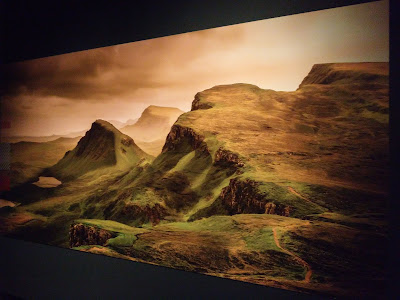 Starting in the 16th century, the basket hilted sword took on more importance in the Highlands. These date to around 1650. 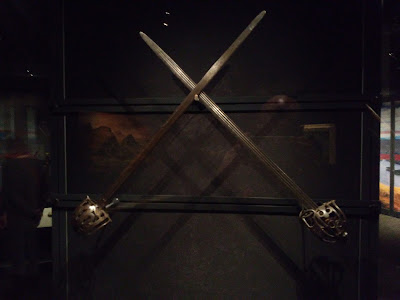 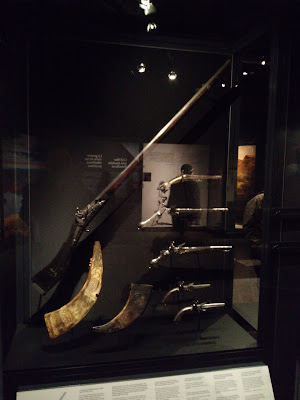 The English Civil War would change things forever in the British isles, including for Highlanders and the system of the clans. Out of that, however, would come the idea of the Highland warrior as an integral part of a professional military. 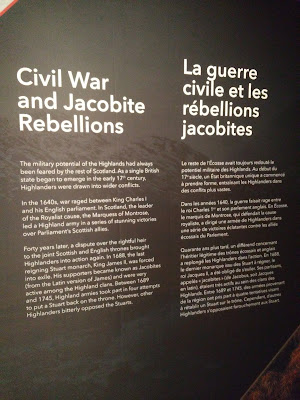 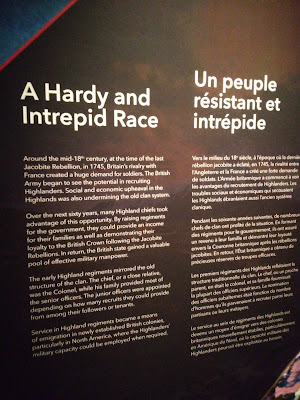 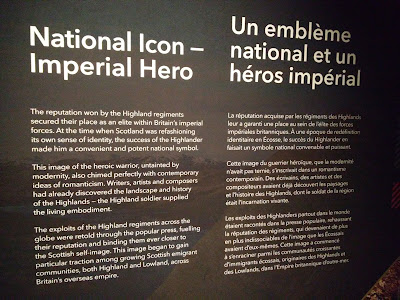 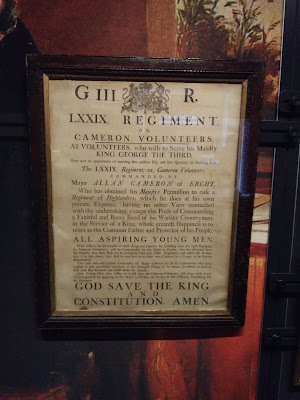 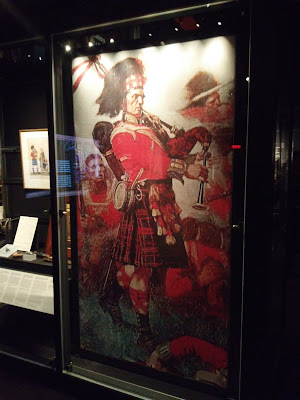 Alma: Forward The 42nd is a painting by Robert Gibb, depicting the Black Watch during the battle of Alma in the Crimean War. 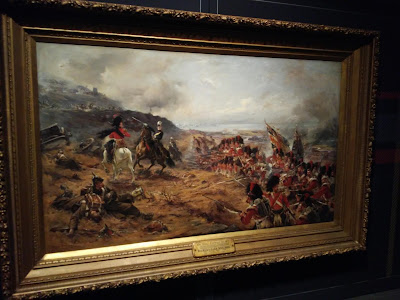 Here we have soldiers of the 72nd Duke of Albany's Own Highlanders, another veteran regiment of the Crimean War. I have more from this tomorrow. 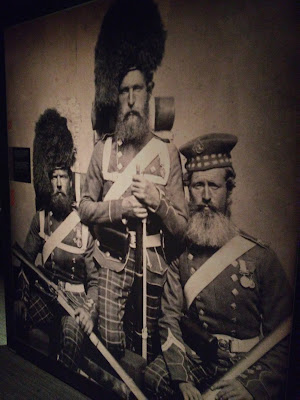