During the evenings leading up to and including Remembrance Day, poppies were projected onto Centre Block, falling down the Peace Tower. This was on Remembrance Day at night. Snow was falling. 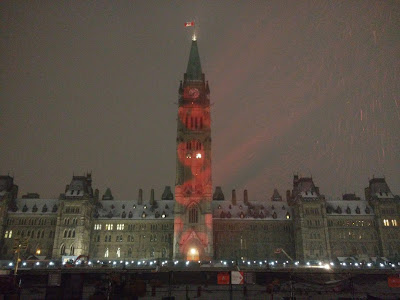 I headed over to the War Memorial. First dedicated to the dead of the Great War, it has since been dedicated to the fallen of the Second World War, the Korean War, the South African War, the Afghan War, and all those who have given their lives in military service to the country. As is often the case with Canadian war memorials, the emphasis is on mourning and commemoration. 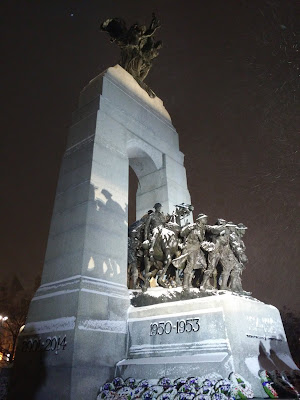 Wreaths had been placed all around it during the national service. The snow had started in mid-afternoon, and was coating the wreaths. These are placed by the government, the Governor General, the Silver Cross Mother, the Legion, various ministries, organizations, and embassies. 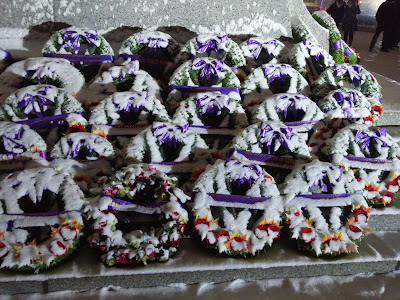 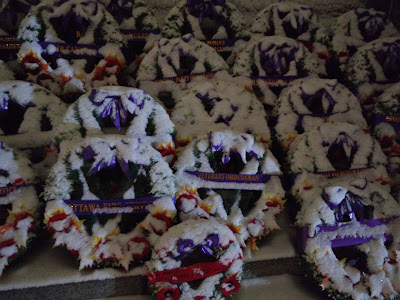 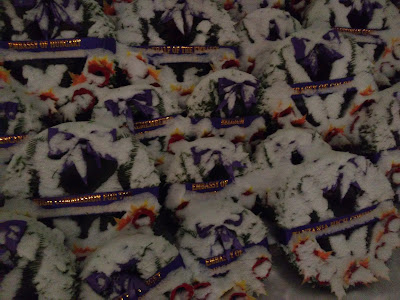 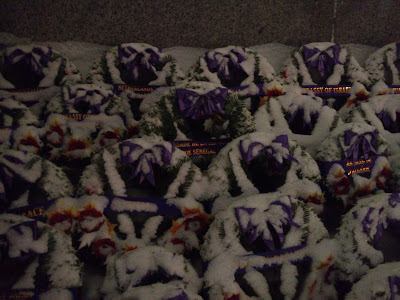 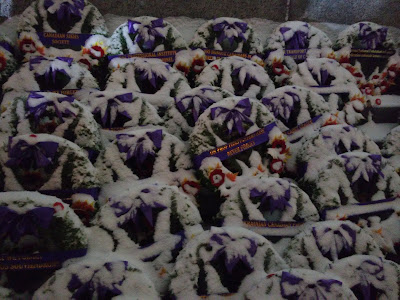 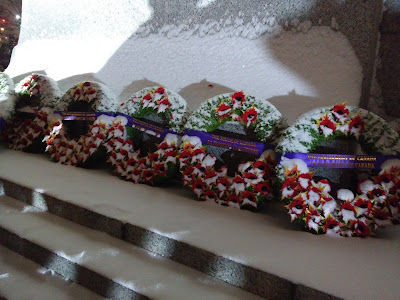 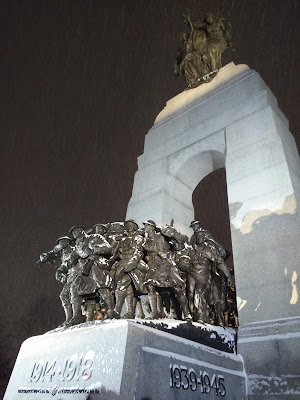 While I was here, a teacher was with her class, speaking about the Tomb of the Unknown Soldier, lying at the base of the Memorial. Red poppies are placed on the Tomb by citizens after the ceremony each Remembrance Day as a tradition that started when the Tomb was first placed here. The snow was covering up many of those poppies. 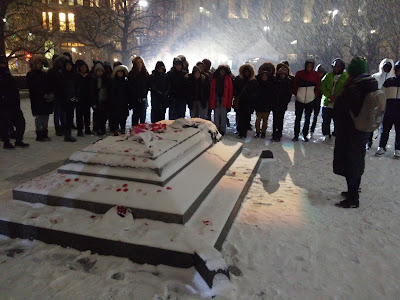