Today I have some odds and ends shots.

I start with this shot taken in October. It's a familiar view taken from the Mackenzie King Bridge over the Rideau Canal, with landmarks like the National Arts Centre, Parliament Hill, Chateau Laurier, and the government Conference Centre seen. The strange light, late in the day, caught my eye. 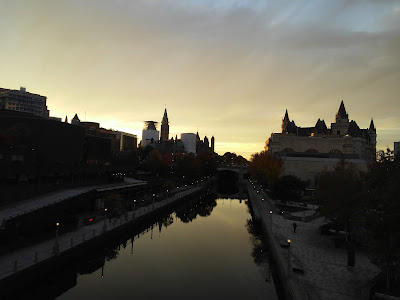 I bought a hoodie sweater back in September. I've never owned one of these before. I see myself in a window at night and I look like I'm about to sneer at a Jedi Knight.

"Your feeble skills are no match for the power of the dark side. You have paid the price for your lack of vision. Now, young Skywalker.... you will die." 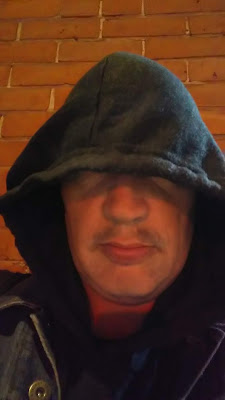 Our LRT expansion finally opened up after many delays. I have taken a portion of the line on a couple of occasions, though realistically it is of little benefit to me at present. This is the Lyon Station at track level, buried beneath the downtown core of the city as part of the tunnel segment of the line. Back in 2017, when the station itself was ready, the multimedia show Kontinuum was held here as part of Canada 150. If you haven't seen any of my posts from that event, click here for the first of four posts from one of my visits. 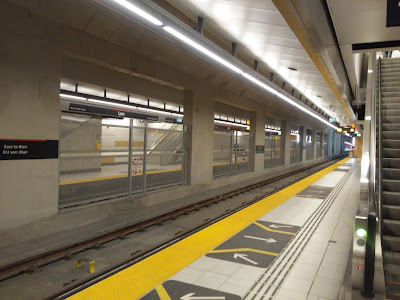 Each of the stations along the line was meant to have public art. This is With Words As Their Actions, a sculpture honouring 32 women who founded the local chapter of the Canadian Women's Historical Society. The text of a speech given by one of the society members in 1954 is laser cut into the steel, both in English and in French. 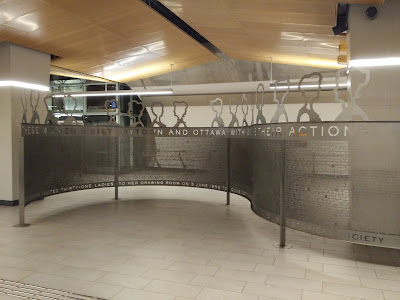 This sign stands outside a pub in the Glebe. 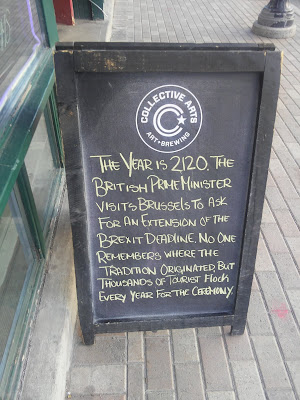 Here it was a few days later, at the time of our setting the clocks back tradition in the fall. 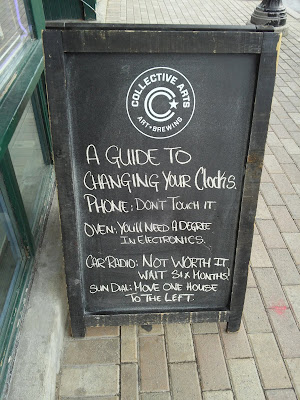 I came across this old firehall in Hintonburg one day. It's been converted to other uses. 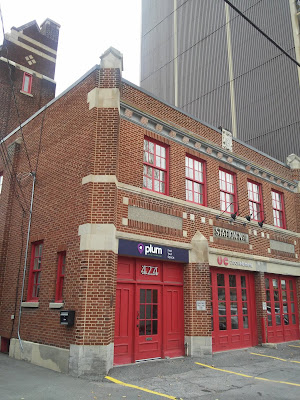 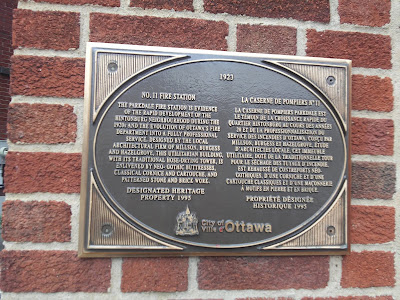 Nearby, this store caught my eye. 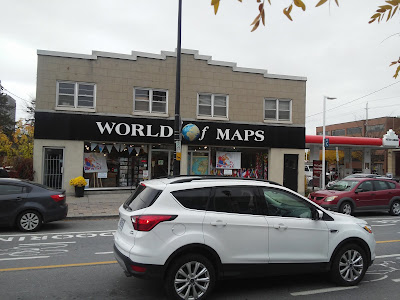 And over in the Westboro area, the name of this one drew my attention. 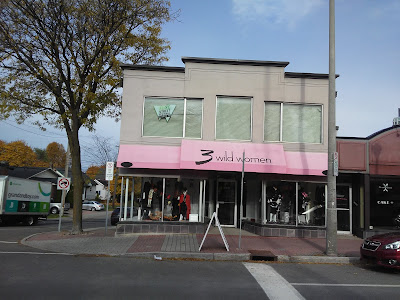 Nearby, this cheerful Medusa was painted onto the window of a hairstylist shop. Admittedly I've always felt a degree of sympathy for her. In some takes of the Greek mythology, we have a young maiden and priestess of Athena who's raped by Poseidon... and instead of Athena turning her wrath on her uncle where it belongs, she turns the victim into a monster with snakes for hair, and who turns you into stone if you look directly at her. A rather rash act for the goddess of wisdom. And then for her trouble, Medusa gets decapitated by Perseus. You'd think he could have simply asked for help, but no.... 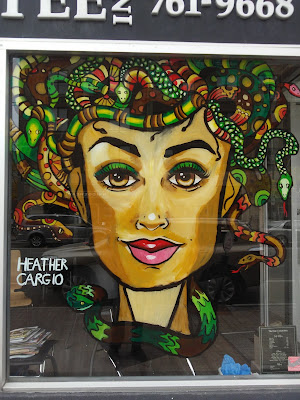