Hot War And The Cold War

The World War Two section in the War Museum ends with an accounting of what was lost. A sample tombstone, done in the Commonwealth War Graves style, brings it home. 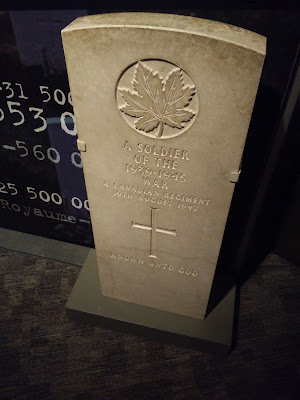 So too do the numbers- both at home and around the world. 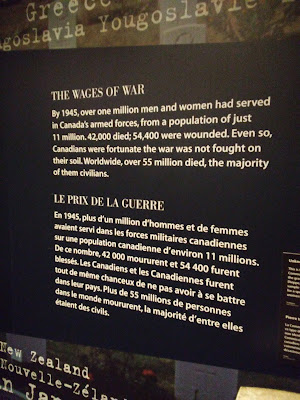 And yet in the aftermath of that war, the Cold War erupted as the alliance between the West and the Soviets fell apart. The Cold War resulted, an era of nuclear stand-off and proxy wars. 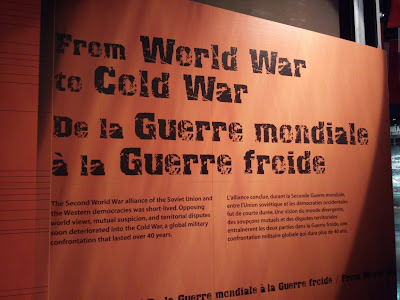 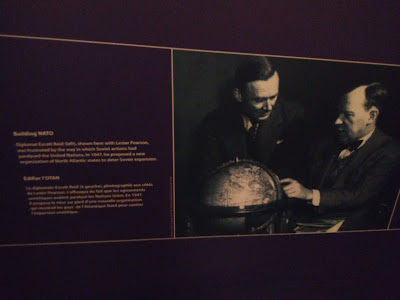 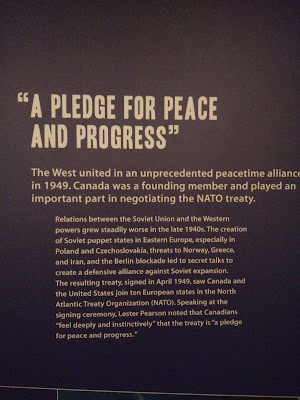 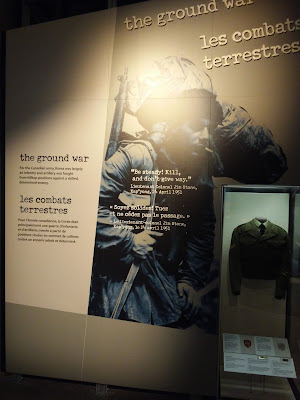 One of those Canadians was Ted Zuber, who would later take his memories of Korea and paint them on canvas. The War Museum owns several of his paintings of this conflict and of the Persian Gulf War, as Zuber by then was an official war artist and took part in that capacity. This one is Reverse Slope, painted in 1978, capturing soldiers taking a break. 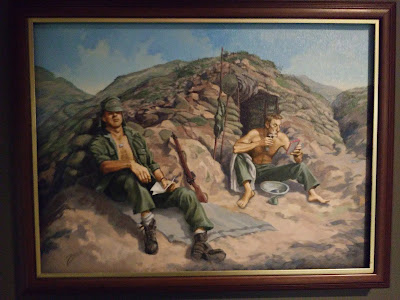 Here we have period field artillery for that conflict. 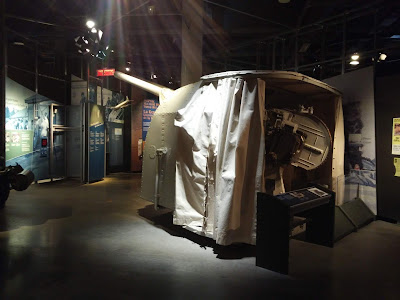 Beyond Korea, the Cold War saw the nuclear standoff between NATO and the Warsaw Pact. A practice bomb is seen here. 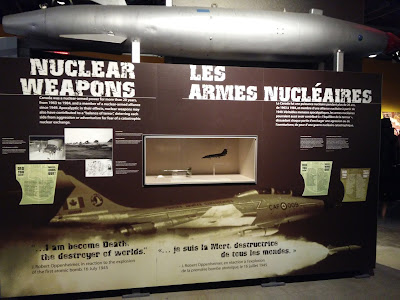 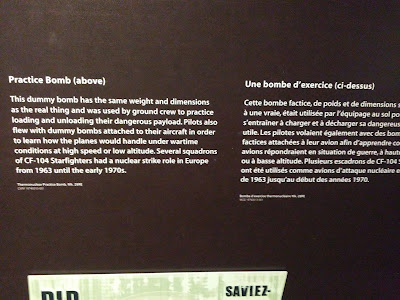 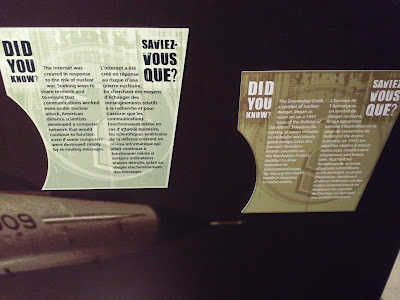