Here's one last look at the tulip bed I've been focusing on for the last two days. 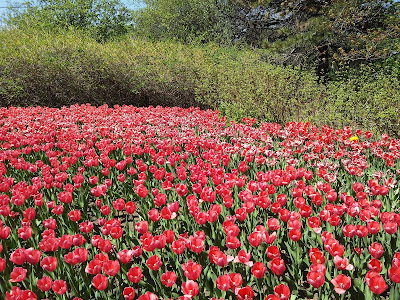 Across the path is another large one that featured a mix of tulips, with companion flowers. 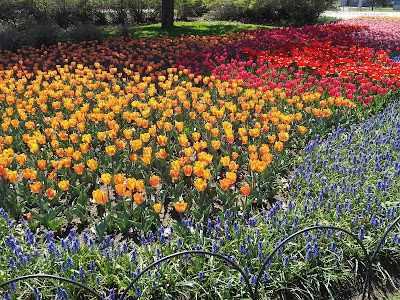 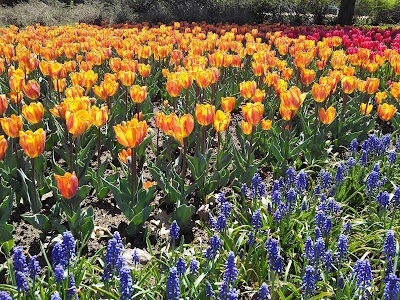 This particular bed was unveiled in 1967 by Queen Juliana of the Netherlands. As Crown Princess during the Second World War, she stayed in Ottawa with her daughters, one of whom, Princess Margriet, was born here. An additional plaque was placed here in 2004 dedicating the bed in memory of Juliana after her death. 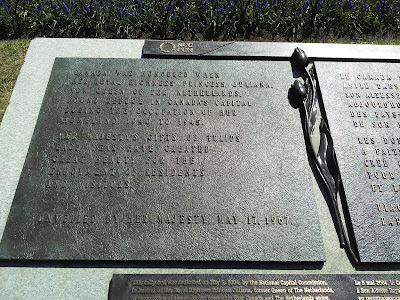 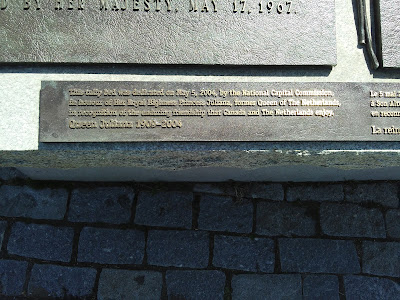 The tulips in this bed were certainly a delight this year. 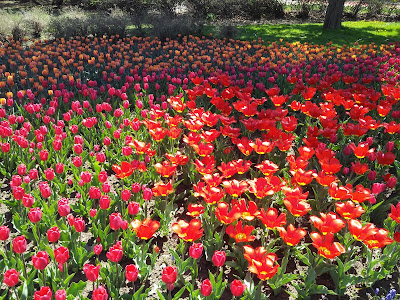 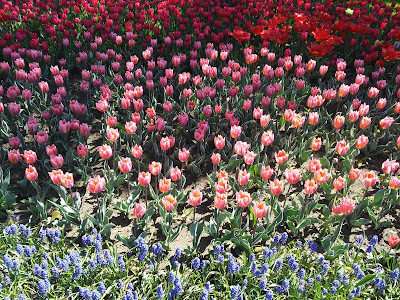