The first day of each month is a theme day for members of City Daily Photo, and for today that theme is appropriately April Fool. You can see how others are interpreting that theme right here.

This one was a tough one for me. I could have gone and sat in the visitor's gallery at Parliament and photographed the members of the House of Commons. No, wait, that's not possible, since in the age of Covid there won't be public visitations until at least the summer. I could have just taken the easy way out and took several selfies with me making faces. Believe me, I was tempted.

Then I remembered a solution.

A Company Of Fools is a theatrical company that does Shakespeare in the park productions each year here in Ottawa and the surrounding area. Have a look at their website here. I've seen some of their productions at various parks, and it's a lot of fun. While it's not possible to photograph them at work at the moment (thanks a lot, Coronavirus), I decided to photograph one of their regular settings. Strathcona Park is in the Sandy Hill neighbourhood, overlooking the Rideau River.

This is a view of the park from high ground to the north, along Laurier Avenue. 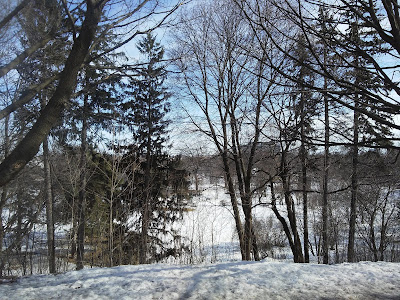 There is an ornate fountain up here. 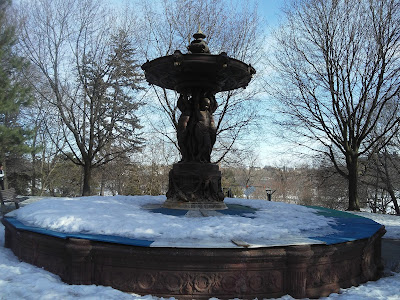 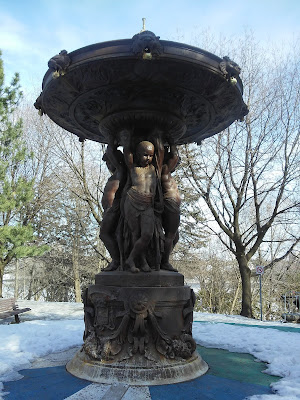 Another look down into the park. It would be quite foolish to try to go down that slope. When I visited, it was a cold day in mid-March. There had been some snowmelt, but the downturn in temperatures had created some icy conditions. Standing up here I heard the familiar honking of Canada geese; the first of the season, coming back from warmer climates and taking a break here. 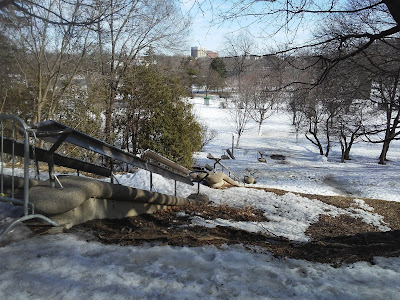 I took the road on the west side of the park to come in. Range Road is home to several embassies and ambassador's residences. This view looks north to the high ground I came down from. There's a building up there through the trees with just a flash of blue; we'll get a look at it tomorrow. 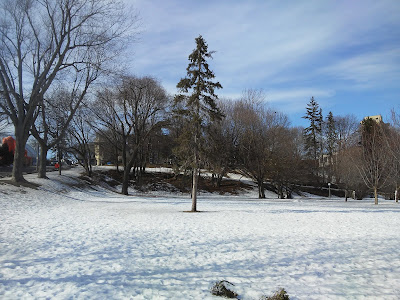 This is one of the features of the park, a mix of architectural elements called a folly, designed as a play space by an artist, Stephen Braithwaite. The Company of Fools has used this in their productions. 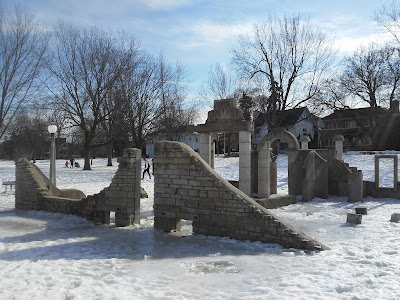 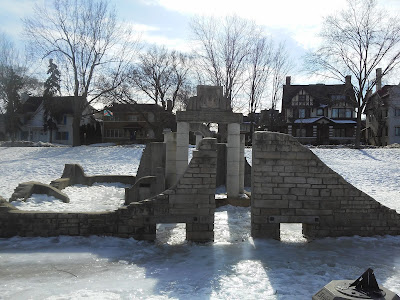 I moved along, wanting to photograph the river. I noticed several geese in the park, including this pair close to me. One was sizing me up. 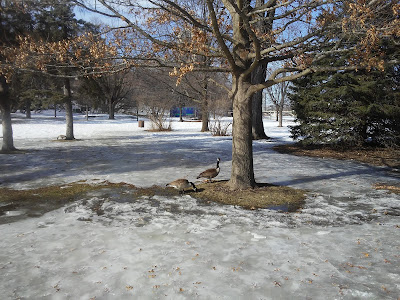 A look at the river. The Vanier neighbourhood is on the east shore of the Rideau River, which roughly parallels the course of the Rideau Canal to the west, meeting its end downstream from here where it joins the Ottawa River. 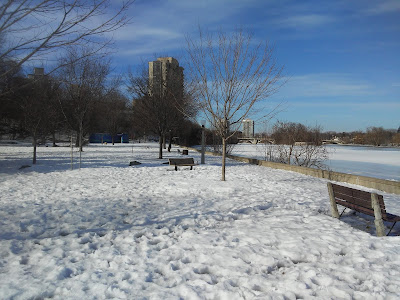 There was significant ice break up in this area. The river is shallow here. 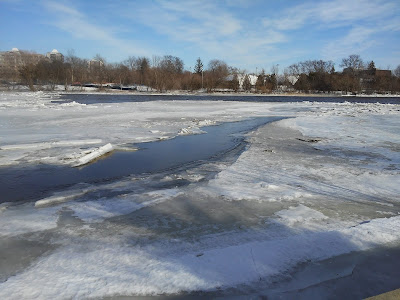 This view upstream takes in a bridge we'll get a closer look at in a couple of days. 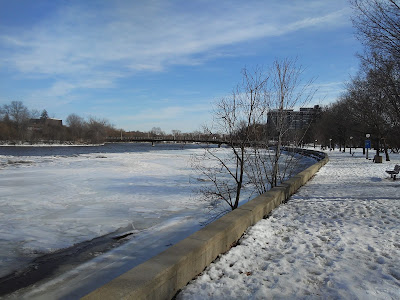 I headed in that direction, first looking west. Because of the freeze up of meltwater, a large enough area ended up creating a spot for skating, and some people were doing just that. 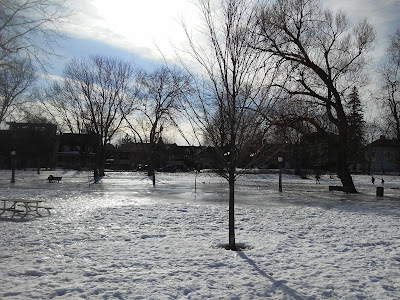 My last shot: a male and female pair of ducks near the retaining wall overlooking the river. Tomorrow we'll look at some of the landmarks in this area. I took shots of them before coming down into the park. 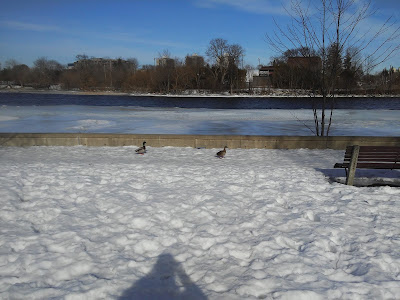