Back on St. Patrick's Day, I went down to the Portage Bridge to photograph the river. On my way I paused to photograph this work site on Lebreton Flats. This is the site of the future main branch of the Ottawa Public Library, a joint project with Library and Archives Canada, which will also have facilities in the new building. The present main branch of the library is a few blocks east of here in the downtown core, and it's a monstrosity from the 70s. I may occasionally document the progress at this site. 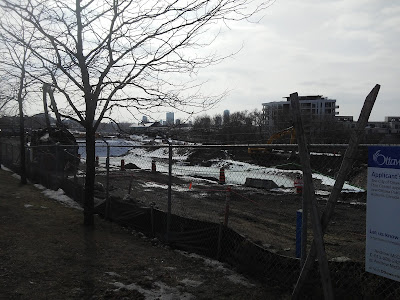 This is what the finished product is going to look like. 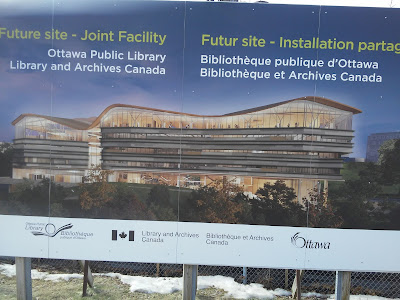 Close by I photographed this channel of the Ottawa River. There was actually a kayaker in this white water training area. Off in the distance are buildings on the Gatineau shore of the main body of the river. 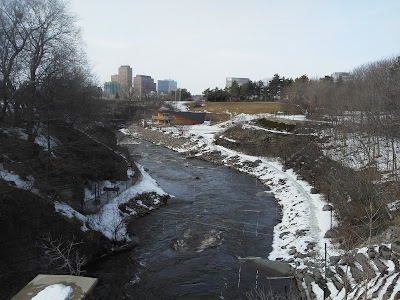 Coming back, my eyes were drawn to ice on the rock wall here. This is actually part of the larger ridge that Parliament Hill is part of, a limestone ridge that looms high over the Ottawa River, with saddles of lower areas between parts of the ridge- where I was in the first shot is one of those saddles. It's lower here than it is at Parliament Hill, but where I was standing wasn't down at the river's edge either. South of here, the ridge gradually disappears beneath the earth around Dow's Lake, where it is largely hidden by soil and buildings. Ice was still clinging to the rock face, and the sound of meltwater could be heard. 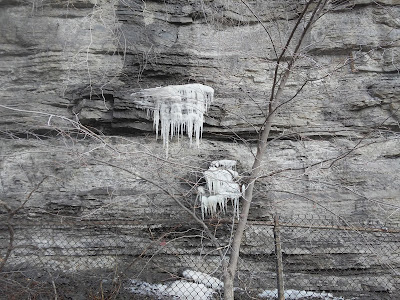 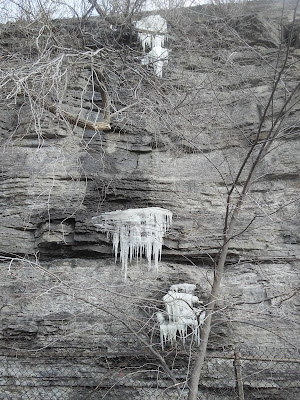 Here's where the sound of melting water was coming from, with water soaking the cliff from above. Drops of water can be seen near the top. 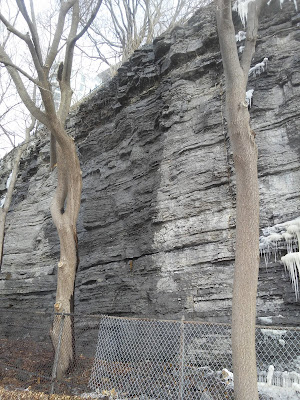 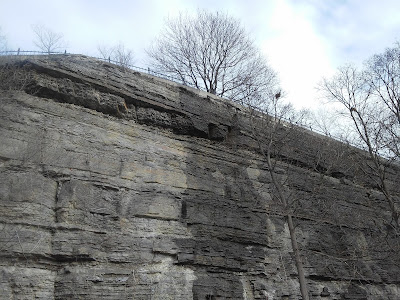 Nearby here, I photographed this pumping station that dates back to the 19th century and remains active. That channel of the Ottawa River in the shot further up? It comes through here. 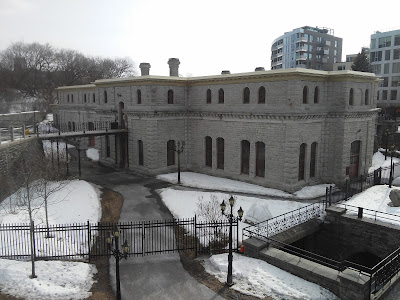 And then flows under a bridge back into what feels like a natural gorge. I took two more shots of the place. 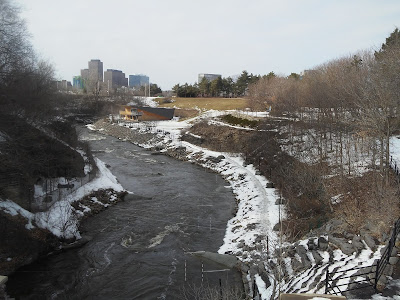 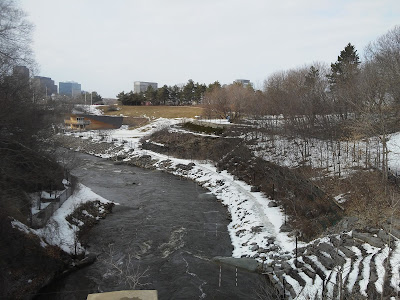 Close to this spot is the national Firefighters Memorial. There was less snow here than the last time I was here, but this area gets a lot of southern and western exposure. 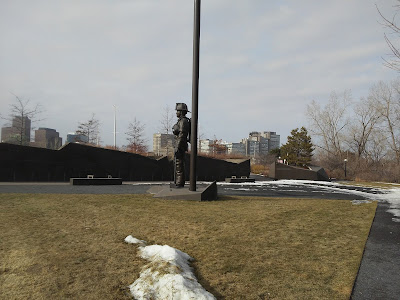 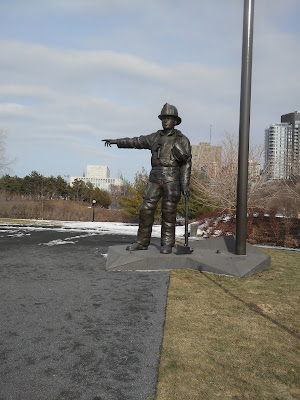