Six Landmarks And One Abomination

On my way over to photograph Strathcona Park for yesterday's post, I decided to photograph some spots along the way in Sandy Hill. I started with this. Toller House dates to 1875 and today is home to the embassy of Croatia. I have been inside here for Doors Open. 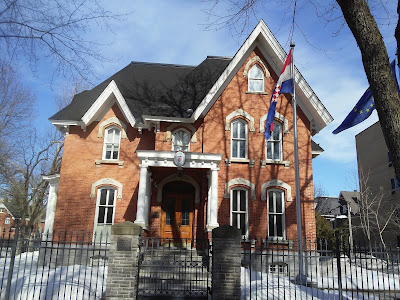 A couple of blocks away stands Laurier House, a home to two prime ministers and a national historic site. Built in the Second Empire style and initially built in 1878, it became home to Wilfred and Zoe Laurier, and after her death was willed to the leader of the Liberal Party of Canada, William Lyon Mackenzie King, who would be our longest serving PM. Artifacts of the Lauriers and King are inside, and it is open to the public during part of the year. Well, when there's not Covid. Hopefully later in the year I'll get a chance to get back inside. 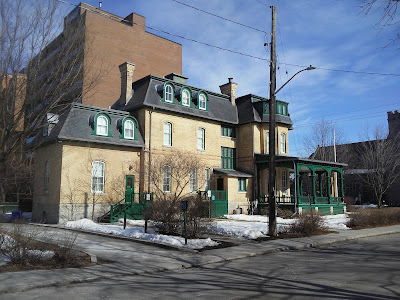 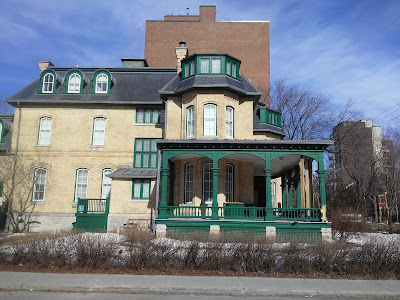 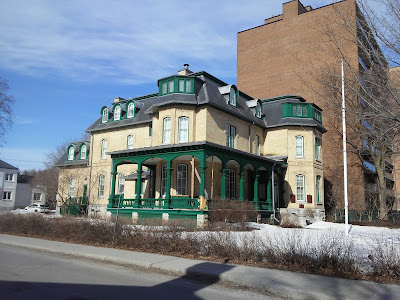 Across from Laurier House stands the former All Saints Anglican Church, a place with plenty of history of its own. After the parish moved on, it was acquired by an organizer with a vision; she created allsaints, an event space and arts centre. A restaurant has taken up quarters in what was the church basement, something that had been in planning stages when I was last here during a Doors Open visit. 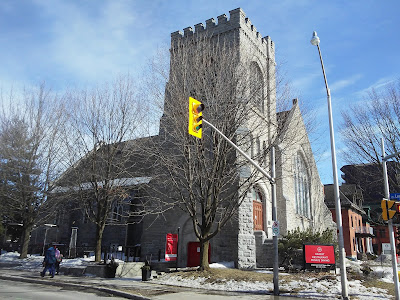 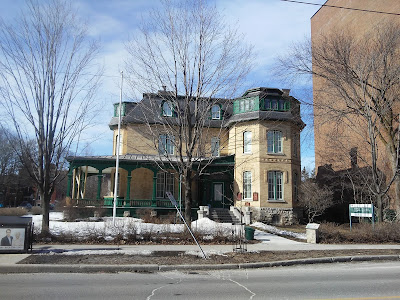 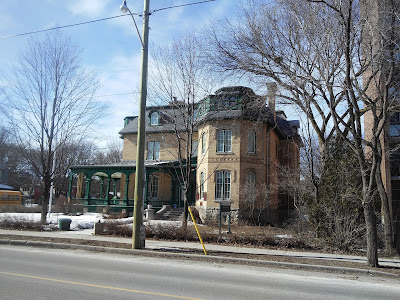 Just down the street stands Stadacona Hall. Dating to 1871 and built for a timber baron, it was subsequently home to our first Prime Minister, John A. Macdonald, and his family, for a few years before they moved off to Earnscliffe not so far away. Today it is an embassy, the High Commission for Brunei Darussalam. For those who might not be aware, high commissions are the term used for any embassy for a Commonwealth member in another country that's part of the Commonwealth. 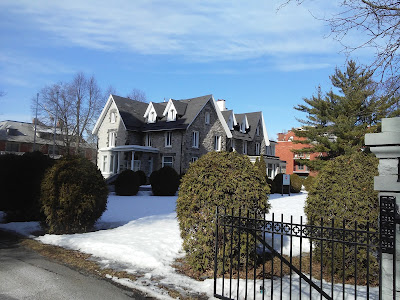 A peek between hedge bushes. I've been inside a couple of times, during Doors Open, which usually happens the first weekend of June here. Covid being as it is, odds are Doors Open won't happen again this year. 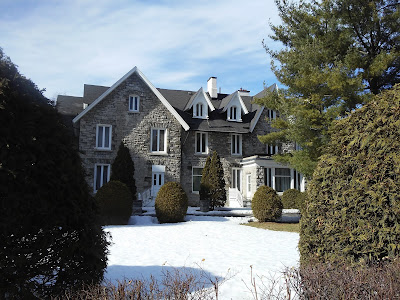 And a bit further up the street, with a view looking down into Strathcona Park. This building dates to 1877, in the Tudor Revival style. What was a mansion now houses a restaurant and culinary art institute in one setting. Signatures is the restaurant side of things, and Le Cordon Bleu is the other side of it. Also a mainstay of Doors Open, and a popular one. I mentioned in yesterday's post about a building with a dash of blue seen from in the park. This is it. 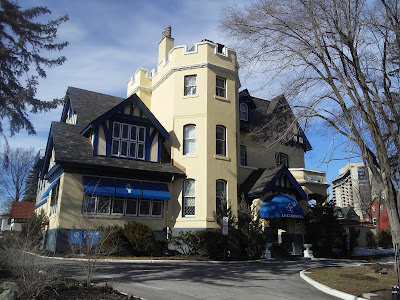 And yet another regular feature at Doors Open, and one I've visited several times. Fleck-Paterson House dates to 1901, built by the timber baron J.R. Booth for his daughter Gertrude Fleck. It later came into the hands of a senator, Norman Paterson. Today it is home to the embassy of Algeria. 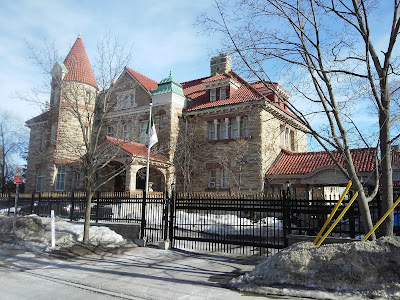 Six beautiful buildings above.
Now for the abomination.
The Russian embassy stands close to the Algerian embassy; if standing in the backyard of the latter and looking at the west side of the property perimeter, you're looking up at the back wall of the place. This is the view of the front of the embassy, from the intersection of Laurier Avenue and Charlotte Street. The place looks like a bunker. Hideous. Out of place. Unfriendly.
I took a couple of shots, wondering if I was being watched.
To which I'll say this much to the occupants of this monstrosity: your embassy is ugly, and your president Vladimir is a petty little despotic wanker of a human being with sticky fingers, the pallor of a corpse, a mad-on against the universe just because he was born, and a desperate need to compensate for being overly short, along with other shortcomings- especially south of the beltline.
I don't think Putin's going to invite me for dinner. 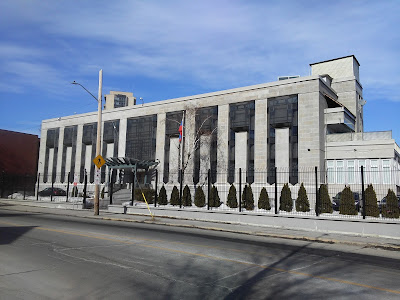