Poppies For A Soldier

Today in many countries across the world we stop to remember veterans and those who gave their lives in service to their country. The tradition, whether it is Remembrance Day, Veteran's Day, or Armistice Day, dates back to the end of the First World War, which came to a conclusion on this date in 1918, but has also come to include wars since then, particularly the Second World War.

The Tomb Of The Unknown Soldier is at the base of the War Memorial. The Canadian soldier interred here fought and died at the battle of Vimy Ridge during the First World War. This shot from 2013 shows the tradition that has taken shape since this tomb was added to the Memorial: the placing of poppies on the grave. This year Princess Anne is present and will be taking part in the ceremony. 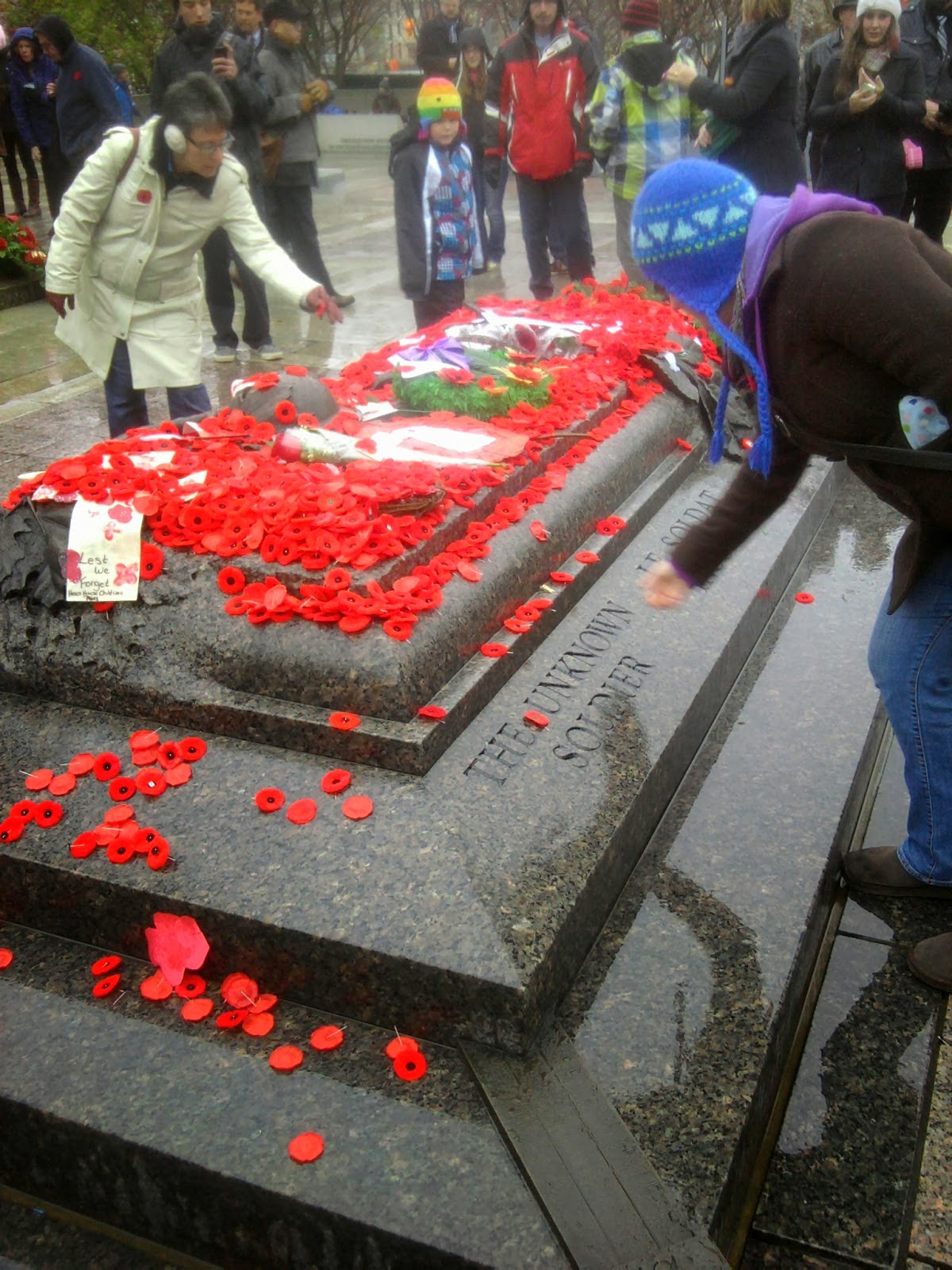 This year is particularly poignant for Canadians after the events in October. The deaths of two soldiers, Warrant Officer Patrice Vincent in Quebec and Corporal Nathan Cirillo right here at the War Memorial, at the hands of two separate madmen within days of each other, are still with us. I was here several times while people were placing flowers and other items of condolences around the Memorial. On the Saturday after the shooting, out of the midst of the crowd came a wedding party. The bride and groom placed a wreath among the collection of flowers. On the most important day of their lives, they had the thoughtfulness to pay tribute in this place. I found that very moving.

I leave you with two selections of music for the occasion, After The War by Sarah Slean and The Warrior's Lament by Sierra Noble.