I could have also titled this post Doctor Strangefilm: How I Learned To Stop Worrying And Love The Red Glow.

I still had a disposable camera lying about with shots I took from the Civic Holiday weekend in August, and had it developed this week. I hadn't had a camera on hand on Canada Day, so I ended up buying a double pack of one time use cameras. Some of the shots came out nicely, and I'll go through them in the next few days (some nice warm weather shots for those of you in the cold). Others? Well, let's just say they looked really weird....

I wasn't sure about posting this one. Though realistically, the problems with the image are merely at the sides. Namely that black edge on the left and the hint of a red glow on the right. The rest of the shot is fine. These two soldiers were standing guard at the War Memorial that weekend. The Memorial has had some additions on it since then, unveiled on Remembrance Day: below the dates of the First World War is a new inscription in metal, in both English and French: in service of Canada. Dates for the Afghan War and the South African War have also been added elsewhere on the Memorial's stone.

Sufficed to say, lesson learned: always have a proper camera close at hand. 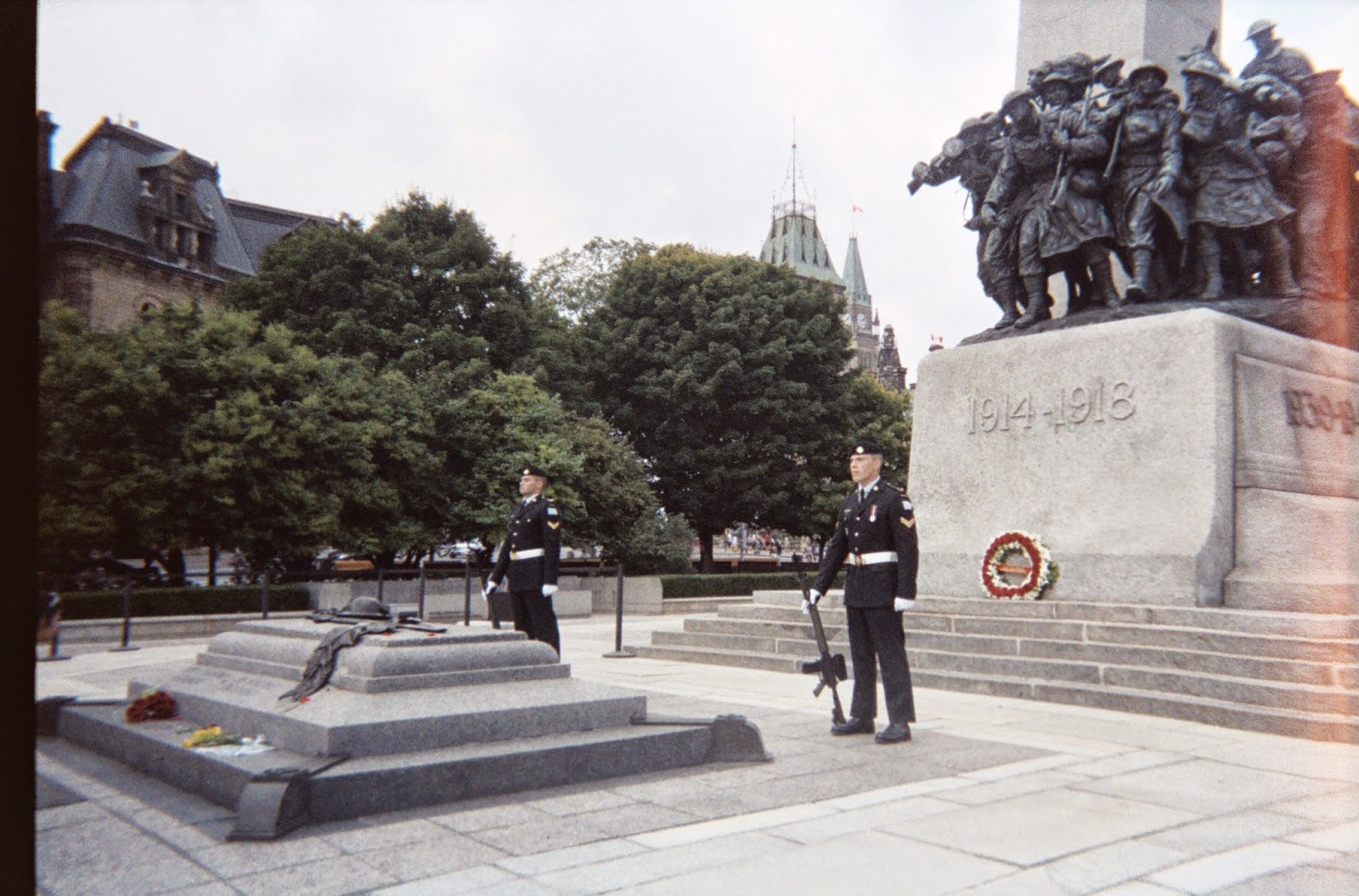