Tomorrow is Remembrance Day, and I thought I would show one of my favourite photographs of the War Memorial, taken at night, the spotlights illuminating the statues of servicemen coming through the arch. The Memorial was unveiled by King George VI and Queen Elizabeth to honour veterans of the First World War,  mere months before the start of the Second World War. It is now is a tribute for those lost in all wars Canadians have fought, and for those left behind. 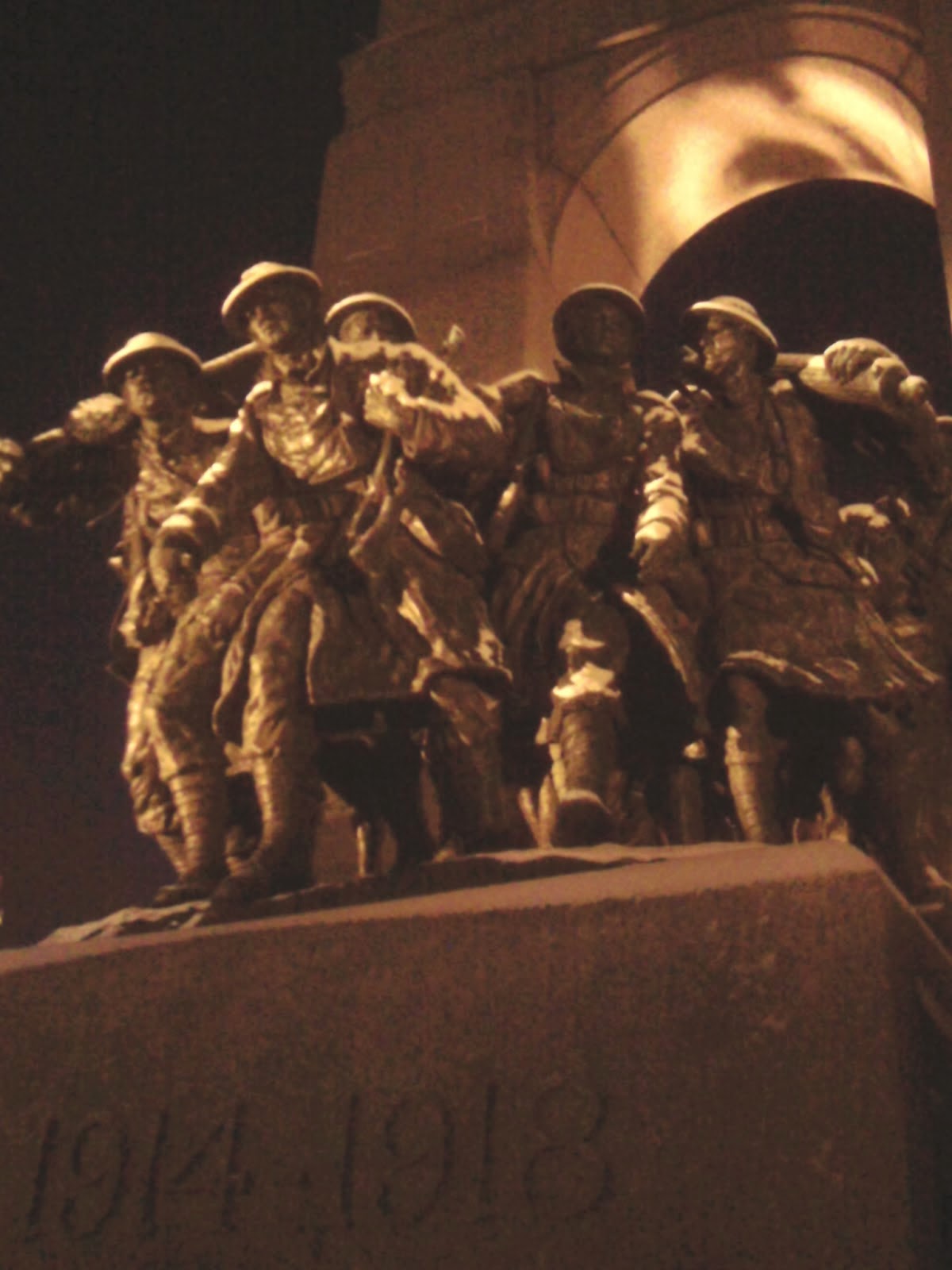