I had decided on this house for the theme early on- though this is in fact an unpublished shot from late November 2013. Abbotsford House dates back to the 1870s, located in the Glebe. At that time, it was a home for the elderly poor (who were dubiously referred to as inmates). Today the Gothic Revival house serves as a senior's community centre with a variety of programs throughout the week for people from the age of 55 and up. A retirement home building  is on one side, and a nursing home on the other, so there is plenty of activity to be found inside. For the public, it is open for a Christmas bazaar in the fall, and it has participated in Ottawa's Doors Open program on a regular basis. Abbotsford is a beautiful place, both inside and outside. 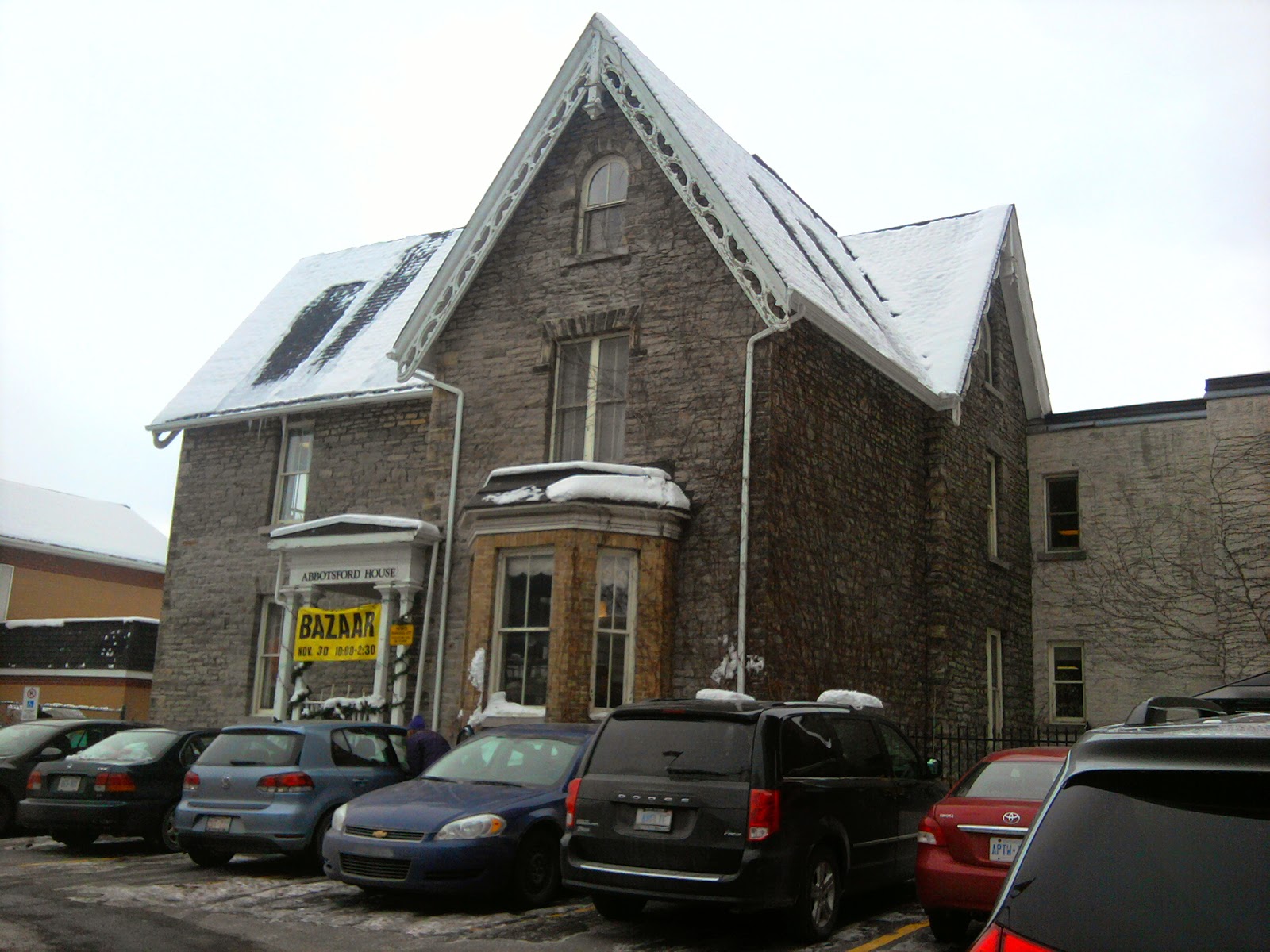